I am having a huge issue with Blogger vs. Windows Live Writer. From what I've been able to discover, it's a Microsoft issue and Twitter blew up over it just a few days ago. Until I get it figured it, I'm trying to post directly through Blogger, something I haven't done in years, so bear with me!

It goes without saying that I haven’t been putting myself out there in blogland lately, but there . . . I’ve said it regardless. I’m not going to apologize but I will admit wholeheartedly that I’ve missed you. I’ve missed your kind words and your visits to this space and I’ve especially missed writing. I really have been busy and I don’t think there was a single weekend, until this one, that I’ve actually been home.

Earlier this month, I was in Massachusettes for my youngest niece’s graduation from Smith College.

It was beautiful. The weather was perfect and spirits were high. And it was such a pleasure being with my family. I’m sure they are still waiting on the photos I took that weekend but I haven’t had much time to work on them. Excuses, excuses. 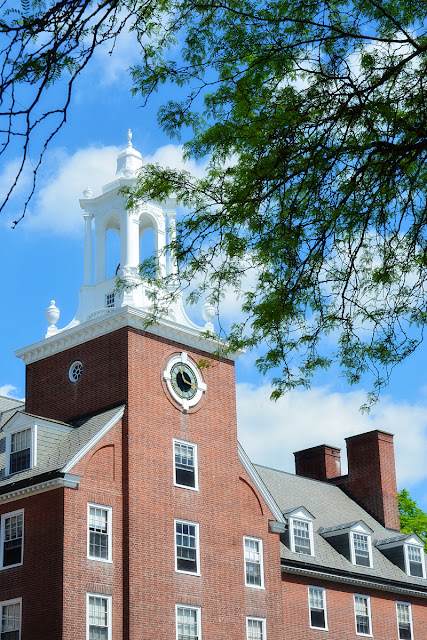 My computer is running a bit slow and it’s taken me over an hour so far to edit the few photos I took this morning, then to open my blog writing program (Windows Live Writer). I ended up having to shut down once.

I’m afraid the writing is on the wall with this laptop. I’ve had it since August 2010 but I’m not going to say anything out loud for fear that it will hear me. I’m like that with machines ~ 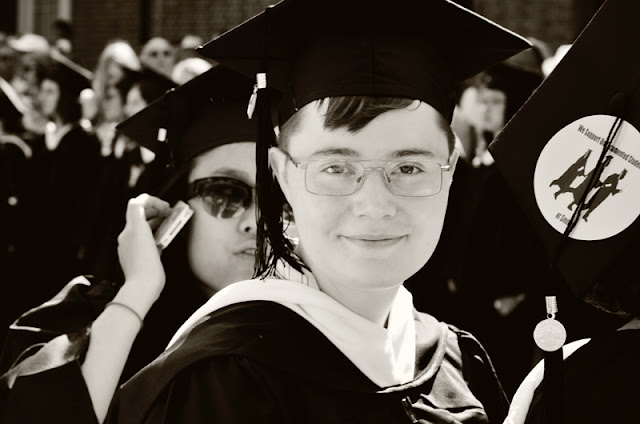 My niece on her graduation day. I have such high hopes for her future. She graduated with honors and has a great job lined up, a new apartment, and a new life away from her long years of study. So glad for her.

Last weekend, I visited friends in NJ and then went to a barbecue at Helen & Bob’s. Helen is my husband’s sister. My son (the one who lives in NYC) came down for the weekend and it was so great to see him again.

And look who is getting so big! 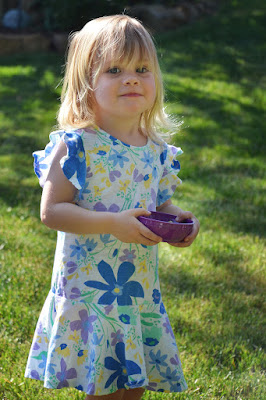 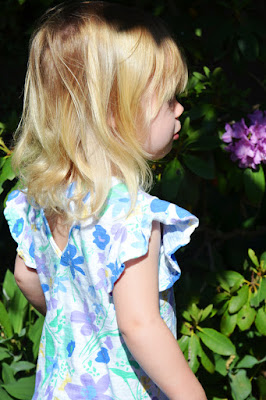 Baby M turned two in March and I think it’s time to stop calling her Baby M on this blog. Her name is Maddie and her new bff is my eldest son, who she calls “Unca Matt”. 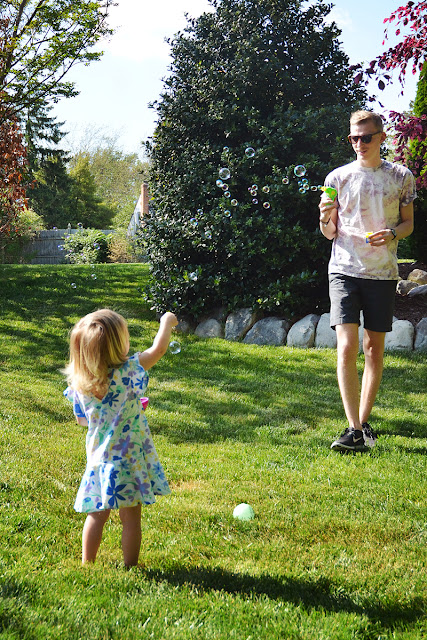 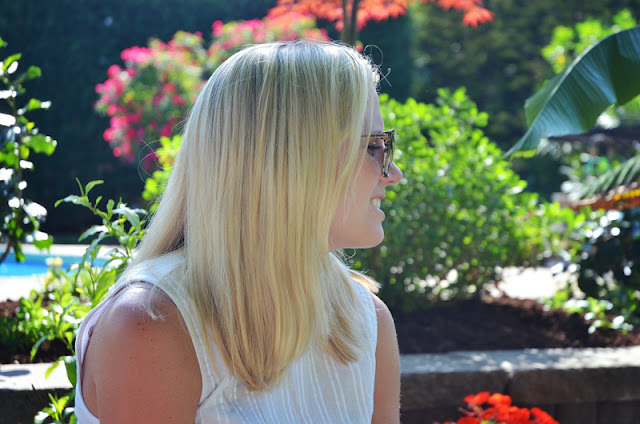 This morning my alarm went off at 5:48 AM like it was a work day. At first, I was very upset because I was certain that my work week had ended but I guessed that I was wrong. Then I quickly realized it was Saturday but now couldn’t fall back to sleep. So I came downstairs, put on the coffee, and then opened the front door to let in Miss Blackie, who had spent the night camping outside.

And zoom . . . from behind me raced Kitten Kitten. Oh, holy heavens. I’d let my son’s cat outside. 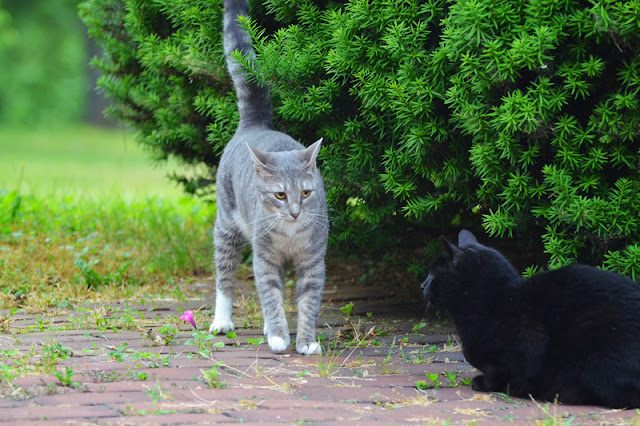 This is the first time the cat has gone outside without being constrained. I think it’s silly, quite frankly. The cat belongs to my youngest son (the one who lives here with me) and I believe he’s afraid that the cat will run up one of the giant trees on the property and not be able to get down. My opinion is that it’s a cat. If they run up a tree, they’ll eventually come down when they get hungry. But my son doesn’t really listen to me.

I fretted for a little bit, especially after the damn thing promptly ran up one of the big trees on the property. I’m not kidding. Then I decided to relax about it and went inside to get the camera. By the time I’d popped on the long lens and came back outside, the cat was making its way back down the tree. All was well.

As you can tell from the photo above, I still haven’t addressed all of the weeds on that are growing between the bricks of the back patio. I have most of it done but the cats preferred to stay on that weedy section of it for this morning’s photo shoot. 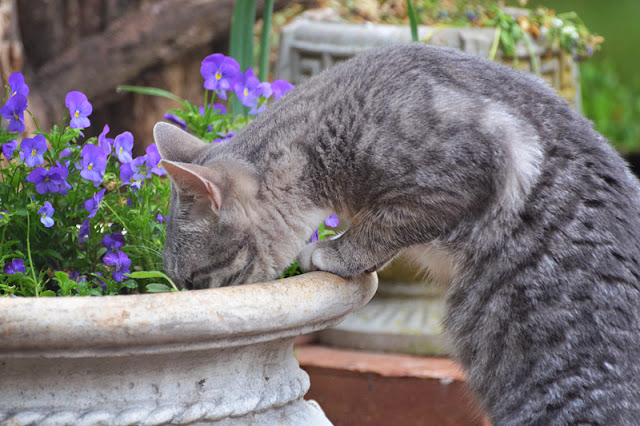 As you can also see, I still have pansies and johnny jumps in my planters. This is something else I need to address this weekend. 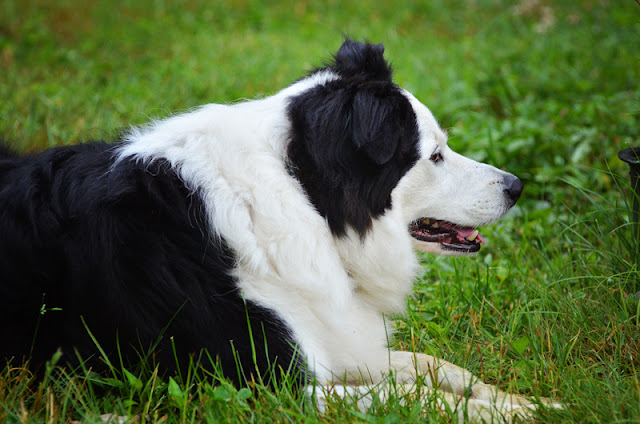 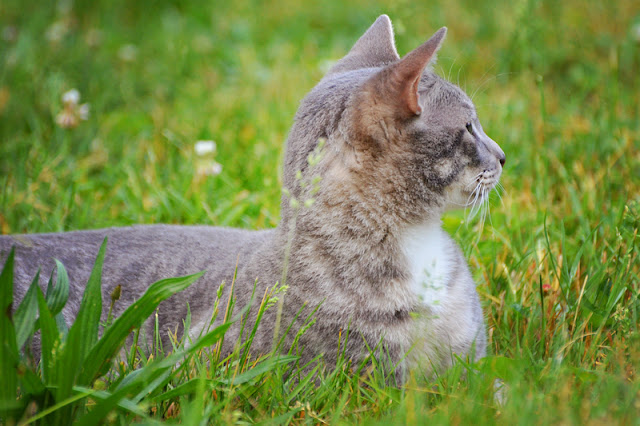 I finally got the kitty back into the house although he yowled with displeasure at this affront to his freedom.

I really think he can go outside from now on, though. My son is just being over-protective. 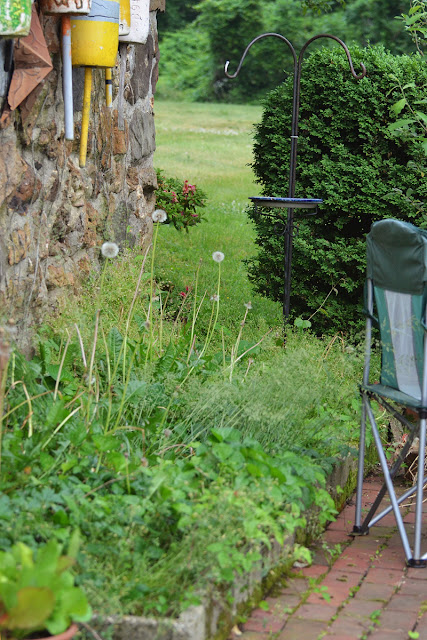 My goal for this weekend: Clearing out this weed garden, putting in my husband’s giant aloe plant tubs and planting shade flowers around it. I have been meaning to do this all month and finally have set some time aside for this task. Wish me luck, ok?


So good to see you again. Thanks for taking the time to visit me here ~

I have just written an entire new post using the program I have always used for this blog called Windows Live Writer. Perhaps because I've not posted in so long, my account went stale. I don't freaking now. What I do know is that I've spent a good two hours working on photos on this old laptop and when I went to hit publish, Blogger returned the error to WLW that I am not found. I give up. I have things to do. Just know that I'm still alive.

Apparently, it is a Microsoft issue and twitter blew up mid-week over it. Thousands of people have been affected. I'm going to try to attempt to write directly into Blogger. Annoying because the reason I use WLW is the freedom I have with my photo size and position. Blogger does not have this.

Posted by Country Girl at 9:25 AM 3 comments