I’m just a person who enjoys taking pictures and sharing them on a blog I started back in December 2007. But wait, there’s more: 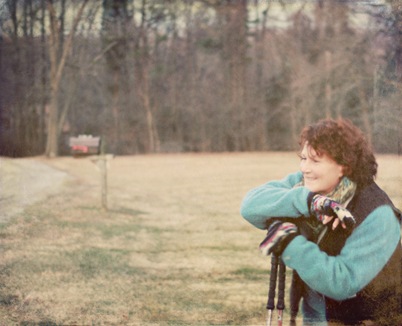 PHOTOGRAPHY
I was always the unofficial photographer in the family and bought my first camera (a Nikon) at the age of 21. With the book that came with it, I taught myself about aperture, light, film speed. The camera was manual and a lot of my photos came out pretty messed up but I didn’t give up. I went digital around 2003 or 2004. My husband bought me a little Sony Cybershot that took pretty decent photos and my sons showed me how to download them into our computer.
In 2007, my husband bought me a Nikon D80 and I swear to you, I still don't know everything about this camera.

PHOTOSHOP
Before he left for home the night I began the blog, my son downloaded his college version of Photoshop into my computer, giving me a 5-minute tutorial on the subject. Photoshop confused the hell out of me. Back then Pioneer Woman had begun posting a lot about PS and what could be done with it. Taking her advice, I bought a couple of Scott Kelby's books and with their help and some online tutorials, I can get around in PS. There's a ton of stuff I don't know but for now, I'm floating along ok. 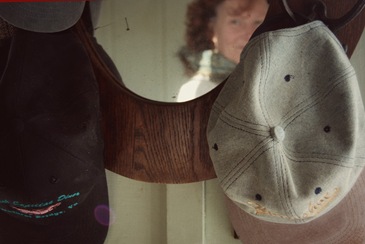 THE BLOG
I began Chronicles of a Country Girl on December 26, 2007. Originally, I was looking for a way to incorporate my photos into the regular e-mails back and forth between myself and my three sisters. I googled ’how do I start a blog?’ and just jumped in.
In the summer of 2008, I began another blog, calling it A Picture a Day. I try to post one photo every day with a small caption underneath.
One thing I try not to do when I write is whine. I’m also not vulgar or crass. It’s not that I can’t be at times I guess, but some things just have no place here. I also attempt to keep the cursing at bay.
I write this blog and share my photos because it's fun. And I hope that what keeps people coming back is not only for the photos but because I keep things simple and I have a fairly good attitude about life in general.
And of course, there’s George, our border collie. George has created quite a following on this blog and he doesn’t even know it.

OTHER STUFF
I live with my husband in Maryland. We have two adult sons who we see when we can. It’s no secret that my husband has had some medical issues involving a brain tumor that’s nature is to recur, so we’re dealing with that. When he was working, he was in equestrian management, specifically the breeding and foaling of Thoroughbred mares. We lived on horse farms all of our adult lives and are now caretaking an old manor house that belongs to people I know. I feel blessed to be here and was amazed at how everything fell into place, just as our life seemed to be falling apart. During the day, I run the office of a K-12 private school and have been there for eleven years. I love the people I work with and enjoy what I do. And if you still haven’t heard enough, feel free to visit the following posts where I have participated in meme’s and answered some questions.

I rarely post photos of myself on my blog. But I love seeing what people look like, so below you will find some of the few times my photo has appeared in my blog.