I heard the church bells from afar

It's a beautiful spring day here in Maryland and I've spent most of it outside working on the area at the back side of the house. One of the bushes was damaged in a snowstorm and needed serious cutting back. There's also mulching going on and I just had to take a break. Just a few years ago, I needed much less breaks. I could have had the whole side of the house done by now.

So much has happened since I last wrote in February . . . and I'm so glad that Spring has finally arrived. My Outback was totaled in an auto accident late that month but luckily I ended up ok. I had to buy another car and went again with Subaru, because it kept me alive. This time, I bought a Forester and I like it fine.

Here's a few photos from my phone. I haven't had the big camera out much at all lately. 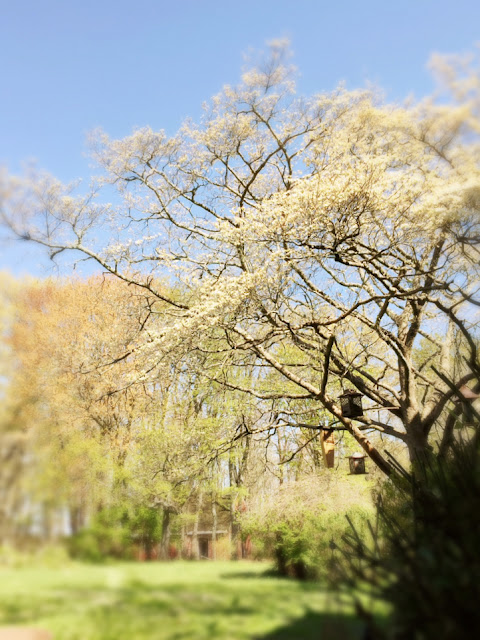 The dogwood tree at the back side of the house is finally in bloom. 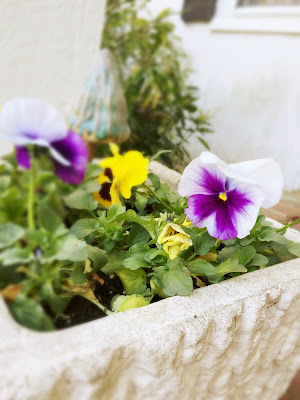 And I planted some pansies in containers. 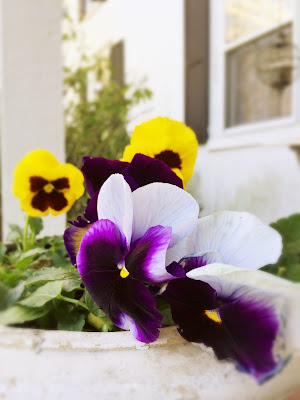 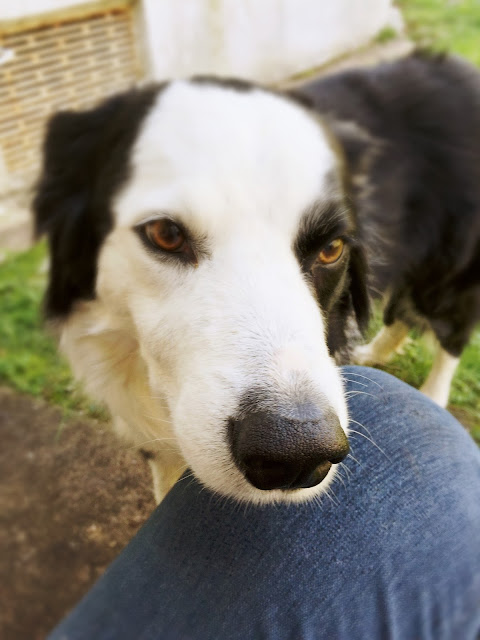 The day I had the accident, I was heading home to take him to the vet. He'd not been right and my son had texted me to make an appointment because he was concerned about the dog.

It turned out that he'd probably eaten something bad outside which wreaked havoc on his digestive system. After some meds, he recovered quickly, which was a good thing. 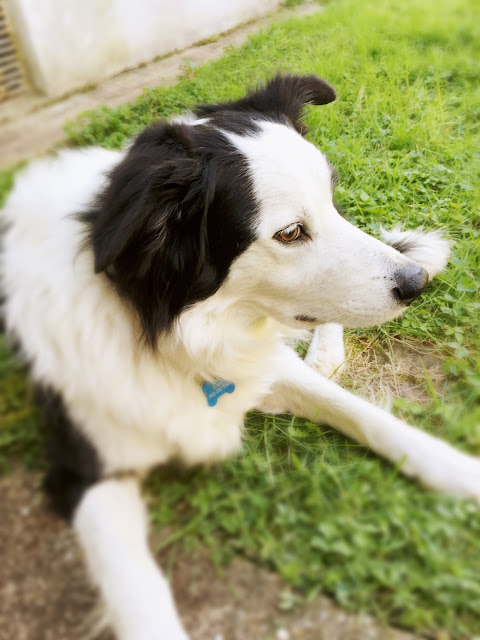 He loves the weekends when I'm home.

I can tell, you know. 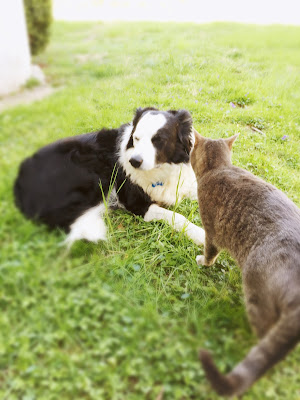 He's not in love with my son's cat, though. 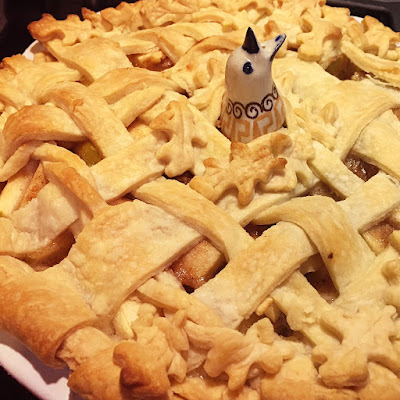 I made a pie last weekend while staying at a friend's house in NJ.
It was to celebrate the season premier of my favorite TV show ~ Outlander.

My TV hasn't worked for over two weeks and looks like it's probably going to be at least another week until things get straightened out. I've been a DirecTV customer for nearly 20 years but my internet is through Comcast. So I decided to delete DTV and go with Comcast TV. Unfortunately, the line outside is damaged somewhere and it seems to be taking them forever to fix it. So I went to NJ to watch my favorite show. That pie crust was fun to make and I used my new pie bird and it turned out delicious. Here's the link to my favorite apple pie recipe:

The Apple Pie that wins hearts 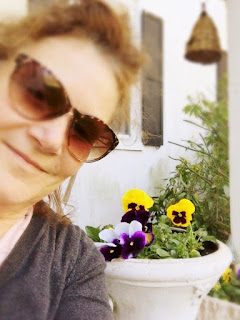 And on that note, I bid you adieu.
I've got to get back to work.

Thanks for stopping by to visit!

The post title came from the first words of a song I like by City and Colour.
You can listen to it here:
City and Colour - We found each other in the dark