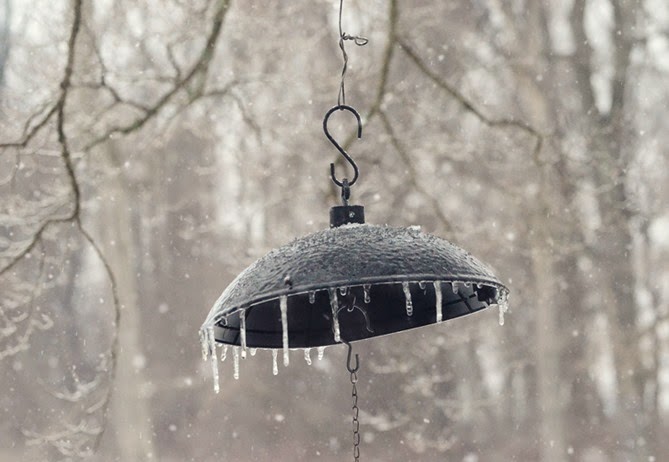 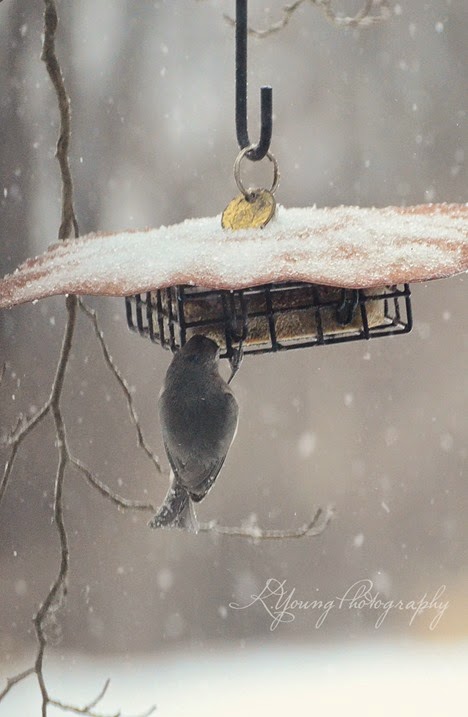 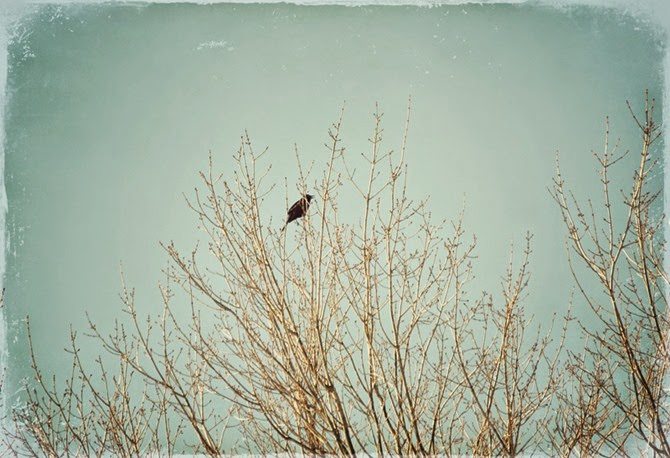 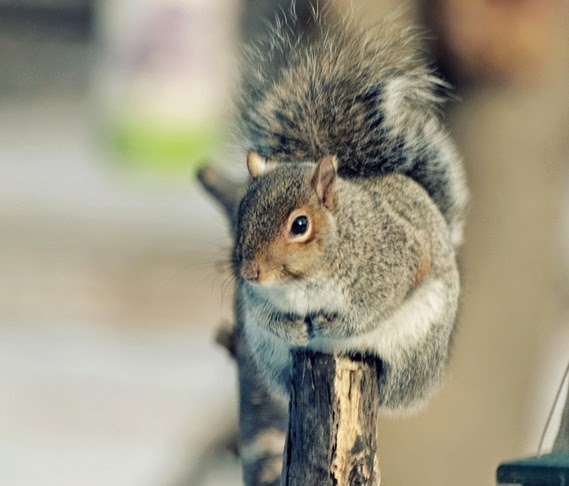 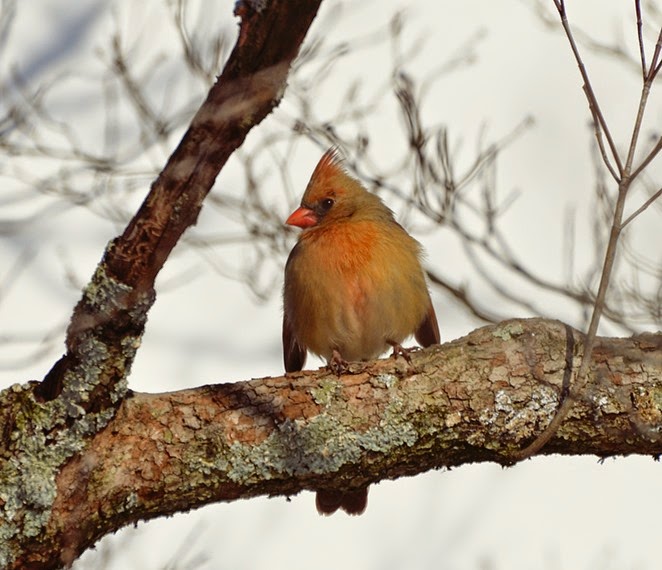 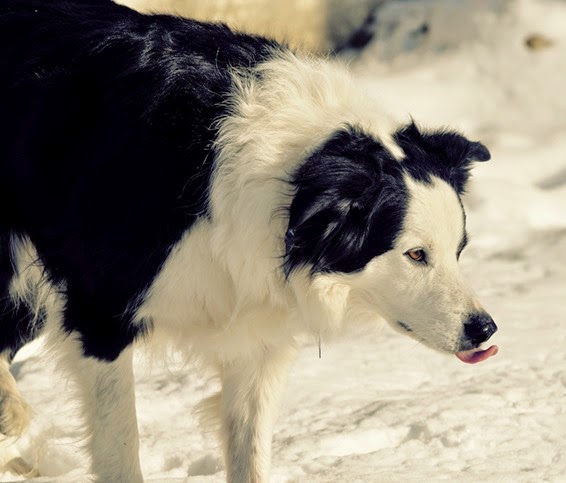 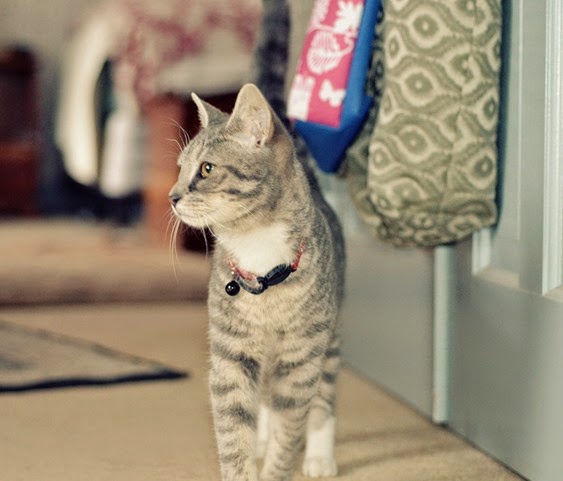 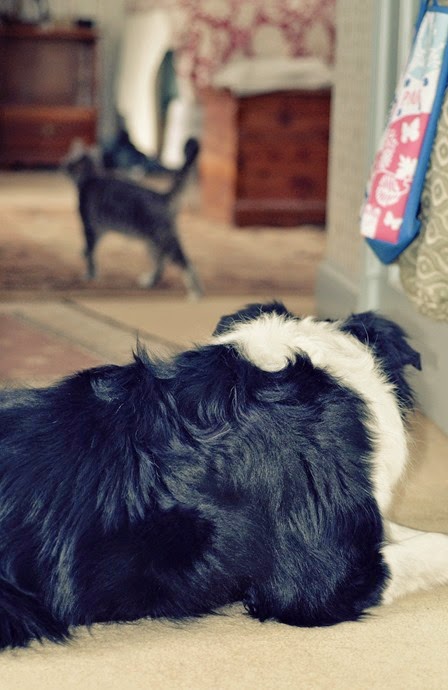 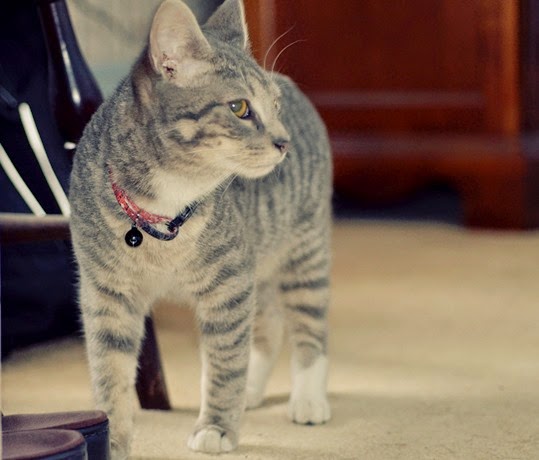 Glad your feeling better from from fall ! Lovely photos . WOW ! lots of ice there , Such a handsome George and that new kitty is cute to what remarkable strips like a tiger oh maybe Tiger or Tiggy would suit him . I do hope the roof gets fixed soon for you . Sorry to hear of your sons employment that sucks . Thanks for sharing , take it easy enjoy the week and be safe.

Oh Kate you are so sweet to relent and rescue that pretty kitty with a bell. She is darling and the shot of George watching her from afar is cool. And you fell?? Oh no! I wish I could serve you some tea and we could just sit and chat! I will take the snow over that ice...brutal stuff. Your birdie shots are so lovely. xo

Ohmygoodness, Mr. George with that tongue action going, too cute! I personally love it when my sister's dogs get their photos taken with their tongues sticking out. :P

Now, Mr. Kitty, well he is just one totally handsome bugger - just like Mr. George! Too bad they're not going to be buddies. I feel bad for Miss Blackie, too; I understand why she felt invaded. But maybe with time though they'll learn to get along?

Oh so many wonderful photos, my favorite is Mrs. Cardinal. I tried a baffle this year to and the squirrels still eat their share of bird food.

Glad you are feeling better and that kitty is making himself at home.

I'm so glad that Ms. Blackie is still around...I was reading this and going...oh no.

Say hi to George, and new kitty, what a gorgeous set of triplets they make.

What a little cutie. Let's hope Miss Blackie doesn't get ideas about retaliating with her bladder.

Your photos are all sigh worthy. They always are.

Glad you've recovered from the fall and the kitty is divine.

First off, I glad to read that you are feeling better. I hope the bruises will heal quickly. The sounds you describe sound tranquil and I love the winter imagery you showed us, but I also know that you are probably ready for spring to return. Stay safe!

again very glad it was only the wine that broke and that you got two bottles .. kitty is adorable .. enjoy the funhouse that is a home with three animals .. i speak from experience .. xoxo

He is and adorable little guy. Doesn't it feel wonderful to give him a home? And he might just give your son encouragement in the way animals do...

Sometimes names just come to us, and sometimes it seems like such a difficult choice. Henry, Atticus, Napolean, Shane. Ragnar. (I might be a little addicted to VIKINGS).

Beautiful cardinal and of course always wonderful to see George.

Good luck with the new Kitty.

A new pet in the house puts all the animals in chaos, but good for you for rescuing the pretty kitty. You do need to give the kitty a name, however. Hmmm. Gray kitty. Nothing comes to mind.

Your snow pictures are so pretty.
Kitty is a cute little thing. Maybe Kitty will end up being his name. : )

Love Kitty! He is a cute, Handsome little guy. Yeah, we received 4 inches of snow this past weekend. Loved watching it come down.
Dang Squirrels! Right now they are not welcomed around our house. keep getting into things that they shouldn't.
Have fun with your new addition!

Glad that your fall was not too serious and that you are feeling okay.

George is so George. Can a boy dog be any more handsome? Hope he and the new kitty will become good friends and Blackie will come to accept the new addition.

Wishing you a wonderful March. Be safe.

I like him too. I adore tabby cats. Do hope he settles in well and that all three animals get on well in the end.

i love that there is the sound of new little pitter pattering going on in your house…and that your son loves him and vice versa :)
xo

Sorry to hear about your fall. Glad you are okay. Your photos are beautiful as always! Little kitty is adorable! Our little Zelda wears a collar with a bell and I like knowing where she is and when she's moving around. Have a lovely week!

Hi Kate, such a pretty kitty. I think it is great that you took her in. I hope George is not too afraid. Love the birds.

Lovely photos as always - I love your birds! How wonderful to have a new kitten cat - ones that snuggle up to be stroked are always a comfort. Tell George that soon she'll come round! My dogs and cats always got on well after initial suspicions. Glad that things seem better.
I can't imagine having all that snow - it is something totally alien now I am in Spain and I feel spoilt to be sitting in the sunshine. but everywhere has pros and cons and sunshine isn't everything.

You fell? I haven't read that one yet but am going there now. Take good care of yourself and dream of spring!

Love your new kitty.......hope all have made peace by now with each other. I hope your snow is over with by now. I know all has melted own in Woodbrdige, VA where niece lives. The kids back there missing so much school, do they have to make up for it later ? I would think so. Have a great week.......Love, Kay