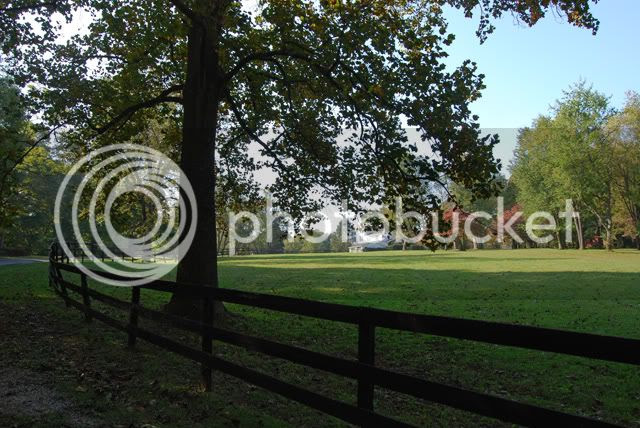 Follow the long driveway down a tree-covered lane in Maryland, and you'll soon come to a house. A house that has stood since 1740.
It is said that on or around August 25, 1777, General George Washington stood on the widow's walk of this home to view British troops under the command of General Howe that were landing on the Elk River. 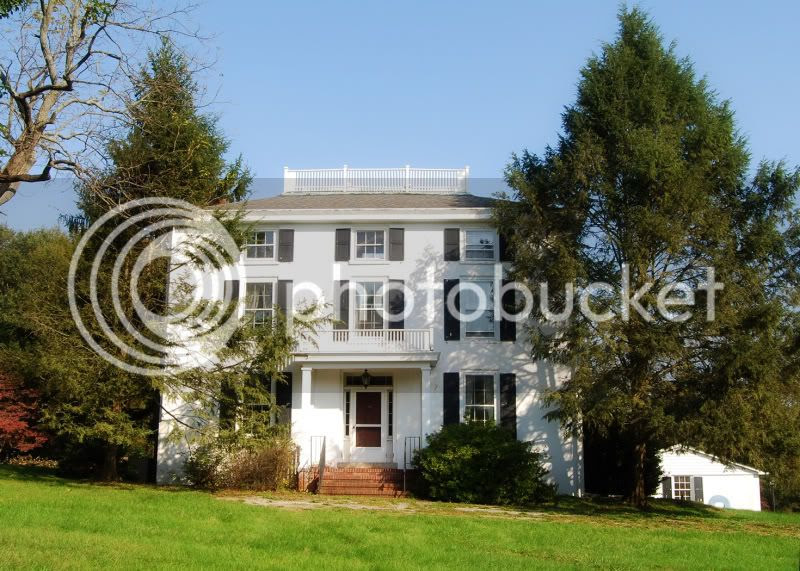 This home is situated on one of the highest spots in the area and must have afforded an excellent view of the over 250 ships that had sailed up the Chesapeake Bay which were carrying 15,000 to 18,000 Brisith troops. 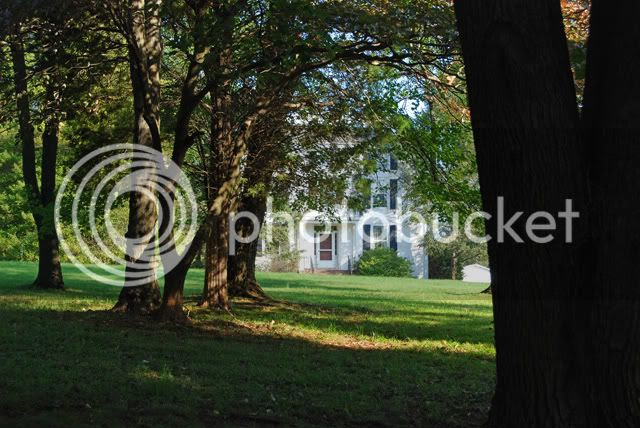 Soldiers in the Continental Army set up an encampment on the property.
General Washington went on to stay at a local hotel before taking leave for Chadds Ford, Pennsylvania. Two days later, General Howe stayed at the same hotel, in the same room and was waited on by the same servant. He, too, was headed to Chadds Ford where our troops fought his, greatly outnumbered, in the historic Battle of the Brandywine. He and his troops then moved on to Philadelphia to capture that city.
I'm just in a historic sort of mood today. Don't mind me.

I've always been intrigued by history and geography. I guess I'm a nerd at heart. Your photos are breathtaking as always, Kate. Your photography makes me feel as if I'm there walking on the grounds of this stately home. There's something majestic and timeless about a home that has stood the test of time.

Thanks for the lesson...wonderful to think the house still stands - just think of the history it's seen. Glad for your historical mood!

As beautiful as always. Just, beautiful.

I love history and majored in it for a while. I would love to go visit that site. Great photography.

That is some house! Lovely pictures, as always.

I was coming over expecting to read a post on perfume! But, I like reading about George Washington just as much. ;) I love to see historical houses like this one well cared for.

Fantastic. I love history...especially when some of it has been left behind. Strange how as kids here on the west coast we were taught more about the history of New England rather than the rich history of California.

My oldest daughter was a history major and she loved this stuff. I only wish she could have traveled and seen more of the world before she left. I bet she is seeing it all now.

I'm a history buff too. Love reading your blog.

What a beautiful house and garden - thank you for taking me round it.

I love history. I don't think there is such a thing as too many history stories. And that house is GORGEOUS. Thanks for sharing.
*hugs*

It's beautiful Kate. There are so many places like that where you are, I love it.

What a wonderful house .. xo

I'm envious that you're surrounded by places that hold such incredible history of our country's beginnings.

We've got a lot of Indian Territory and Land Rush history that I find fascinating and with the research we do for paranormal investigations I find myself combing through a lot of it.

A bit of a history buff myself. Keep sharing these things when the mood strikes you! I love it!

History is part of our live, good or bad feelings are caused by history, but history is even the first step to the future.
It was not the history that took a lot of my identity, my homeplace and part of my family, people did it.
History is nice if you are not effected but I thing tomorrow will be a wonderful day, not for history, but for you and for me.
Have a nice day.
Hartmut

Oh, neat.....I love houses with a historical story attached! I'm envisioning George Washington up there on that rooftop. Cool! I love the first scene of the shaded fence and beautiful trees, too.

I've been meaning to write something about history too since I live a gold rush/civil war/pony express/Jesse James area of the country. Just requires a lot of research on my part to make sure I get it all right. I enjoyed this post and thank you for the kick in pants to get my history post written. :-)

A Cuban In London said...