I am one of those lucky women who was blessed with in-laws with whom I actually enjoy spending time. I have heard the sad tales of friends whose in-laws leave much to be desired and every time I hear one of these stories, I remember just how blessed I am.

We went to see my husband’s mother today, stopping at the hospital to visit my brother who is finally going home tomorrow, if all is well. (He looked good and actually giggled a couple of times). 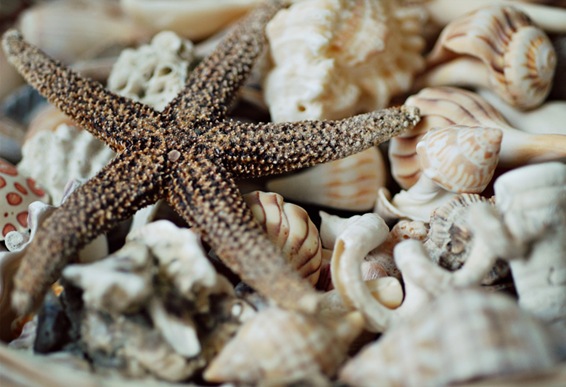 Anna (my MIL) is a lover of the beach and collected these shells on the gulf coast of Florida earlier this year. 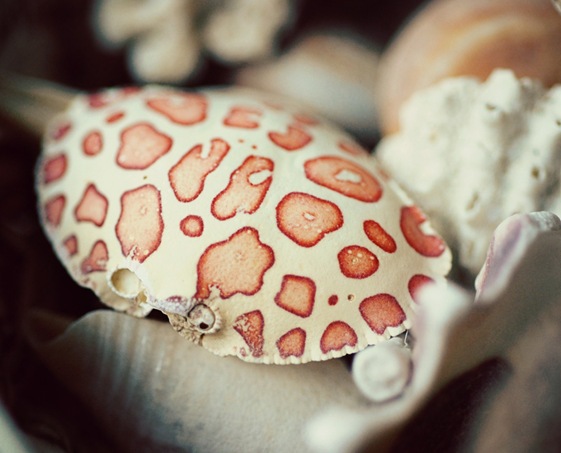 We have been to see my husband’s folks several times since they returned from their winter sojourn on the gulf. But each time we visited, I had forgotten my macro lens. This morning, I remembered because I wanted to take pictures of the beautiful shells Anna has on display in a little basket. 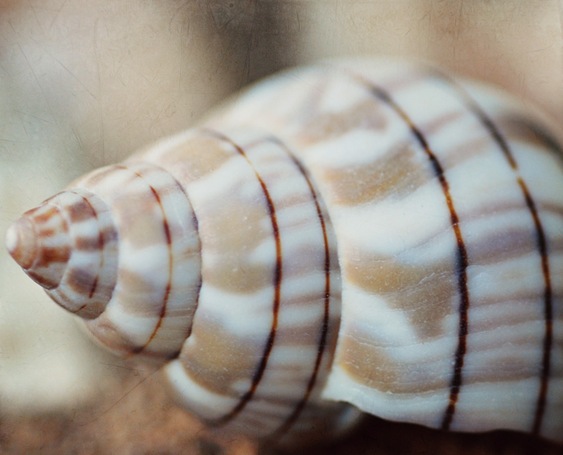 Anna loves to tell a good story and has a fun sense of humor. Godfrey is quiet, like the son to which I’m married.

And he reads my blog. 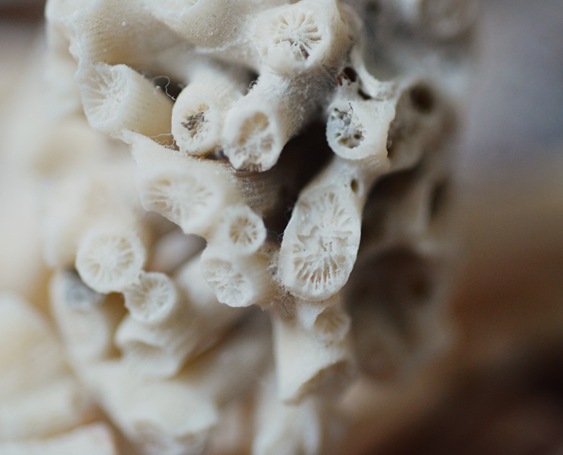 Anna and Godfrey instilled a love of nature into their three children, taking them camping and visiting as many national parks as they could after their emigration from the UK in the 60’s. I don’t remember ever going camping as a child and it wasn’t until I met my husband that I began my life-long love affair with sleeping outdoors in a tent. 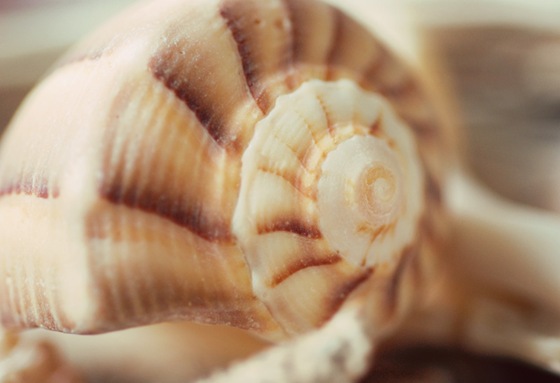 It was terribly chilly here in Maryland today and although the wind has died down some, it’s still quite brisk.

I’m in the middle of watching a movie on Netflix and it involves a series of letters written back and forth between people in London and a woman in New York City in the 1940’s. It’s ‘84 Charing Cross Road’ and I’ve never seen it before. 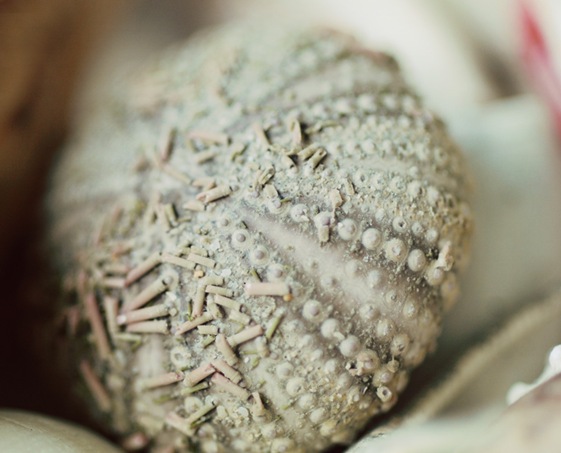 This is a sea urchin shell and it’s covered with something but I have no idea what it is. Here’s another photo of a sea urchin that I took while visiting Maine last summer.

All of these photos were processed using Florabella’s Vintage Summer II action and lowering the opacity considerably. On some of the photos, I added texture.

Have a beautiful Monday, my friends. Until tomorrow, then . . .

I had a lovely m-i-l as well. We had some wonderful times together.

That last photo? those are broken off plastered down sea urchin quills. It's what used to stick out of the little round circles.

These shells are gorgeous! We have a salt water aquarium. And the most amazing things come naturally out of the sand and live rock. I love to see the vivid colors. Wish I lived near the beach so I could grab up some of those shells! Happy Mother's Day to ya!
Brenda

Thanks, Brenda. Same to you!
And Annie, thanks so much for explaining what the substance is on the sea urchin. Makes sense!

Lovely shells today, especially the orange spotted one. Godfrey possesses two admirable qualities, a quiet man and a man who recognises a quality blog and reads it!!
Enough of the grovelling....

Beautiful flowers yesterday; but...since when has a drink with vodka as an ingredient been non-alcoholic??

Happy Mother's Day to you! Seems you are blessed in more ways than one!

Lovely photos of the shells. I read your blog every day but seldom comment (shame on me!). I came by to tell you what was on the sea urchin but I see someone beat me to it. :)
-Karen

Kate, I'm so glad that your brother will be coming home very soon and that you had a wonderful visit with your in-laws. They sound like great people! And my mother's day was simply perfect, I even got a bounce flash!

Beautiful shells.....I wish the beaches near me in Northern CA had shells like some of those. Very colorful.

My mil is great, too. Although sadly she is suffering from dementia now, and is beginning a long sad descent... She loves the TV show JAG, and we gave her the first season on DVD for Mother's Day. She was so thrilled, her face just lit up... and it was as if we caught just a glimpse of the person she used to be... a bittersweet Mother's Day for us.

Hope your day was great!
xoxo

I do love seashells too! Each one is a little work of art.

I was blessed to have wonderful in-laws too!

so for almost 30 years they have been in my life and i'm thrilled to say that we all still love each other....

and the macros are wonderful....but oh they make me miss the beach !

84 Charing Cross Road was written by Helene Hanff, and is one of my all-time favorites. She wrote a few other books, including 1 followup about her visit to London and the bookstore.

Hi..I love the shells too, they are so fasinating..we have collected them every vacation and then display them in our home. Great pictures of them! It's so wonderful to have a MIL that you can love...me too. :D

Beautiful photos and great shells. I'm never lucky enough to find ones that interesting. Of course, it could be the photography..

Wow, they're so unusual, I have often searched for unusual looking shells on our beach but don't see any. Yes, it's lovely to get on with in laws. I got on with my first husbands parents but my current husband's dad, Jim, was, ermm, how should I put this, not a very nice man.

I too am blessed with a wonderful M-I-L. Her only flaw is she spoiled her son in some ways, and ..you know.. that makes things alittle harder for me sometimes :-)

I've loved seashells since childhood when I first visited the ocean at age 10. My grandmother brought me a starfish from one of her ocean trips and I had if for years but now have no idea where it is or what became of it over the years. This may be a sign that I need to trek to the ocean.

I love shells too .. I have a conch I acquired when ToonMan and I visited the Keys back in the dark ages .. glad your brother is improving . I hope he gets to go home today ... people heal better at home

My mother in law was wonderful as well. I miss her so much. She has been gone for 10 years and never met JBM but I know she watches over him as we can see her in his personality. Thanks for sharing.

Reading your stories always make me wind down...sigh. Lovely
And those pictuers!!!! Are stunningly beautiful.

Gladd to hear your brother is on the better hand and even giggeling.
Hugs D.

Beautiful Kate! I love the ocean and I love shells. Also love the shots in the previous post, especially the last one - what is it about the back of a flower anyway? They get me every time.

Truly beautiful shells and so hard to find on NC beaches!!!
I have 3 or 4 intact sand dollars that I treasure. If I'm on the beach my eyes are cast toward the ground too.
Madi and her Mom

Beautiful photos of the shells!
The beauty of shells always amaze me..their intricacy speak to me of the loving Creator Who made them. Especially the sand dollar...with the litle treasures inside.
The sea certainly has its secret treasures...

Have a wonderful day, my friend

Oh the shells are lovely!! What beautiful subjects they make!!
Glad that you were able to spend it with your MIL and family.

And VERY happy to hear that your brother giggled :)

Kate: You should have seen six of us classmates enjoying a mini reunion in St. Pete,Florida at our classmate's condo there on the gulf, and we gathered shells every morning out walking ...they have the prettiest ones there...we were all 49 years old then.... I have the "rear" view of a few of them stooping over picking them up..too funny. we were always going to enlarge that one for a class reunion picture..

Thank You for posting this! I love your blog - keep up the great work!!

Beautiful. Wonderful that you have great in-laws.

Just went to Netflix and put 84 Charing Cross Road in my queue, I love Netflix, if you have any good suggestions, do tell. Right now I'm into The Masterpiece Theater.
Also the shells are just beautiful.
As far as mil's, they have been the very best, and sweet to me.

More stunning photos from you dear Kate...I love these shells and last post's flowers...gorgeous... and I can see that you will be getting me to learn how to apply actions if I ever get to the point of feeling comfortable applying texures:)

I got along well with my MIL too...I miss her terribly...the 4th of May would have been her 89th birthday...

...so glad to read your brother is doing better...

We can't chose our family and it's always nice when we get lucky.

I wonder Kate... can you use these as textures in other shots? Just thinking out loud.

You are so lucky to get on with your in-laws. Or perhaps its not luck at all? I get on with mine - never really knew my MIL as she died before Mr I were married.

Lucky you indeed to be so close to your inlaws! If only all wives could be so lucky.

Isn't it nice what people can bring to your life? Your husband certainly did just that for you. My husband too, for which I'll always be grateful.

Great idea to photograph the shells. I hope your MIL enjoyed the photos too!

Your mother and father-in-law sound wonderful. Lucky you.

The colorings of the shell in that second photo--gorgeous!

The colorings of the shell in the second photo--gorgeous!

I shall go now and sit in the corner.