Macro shots from my kitchen counter

I took these shots last week and fooled around with them in Photoshop, and then completely forgot about them until just now.

I was trying not to dwell on the negative about everything that had been going on in my life, and the tiny little Queen Anne’s Lace in the little vase looked cheerful enough. It made me feel like things were in the pink again, when, in reality, I’m getting used to a new kind of normal.

One of the best investments I ever made was this macro lens. It has brought me nothing but happiness. Well, except for that one time I tripped on the driveway and smashed it, but that wasn’t the lens’ fault now, was it? 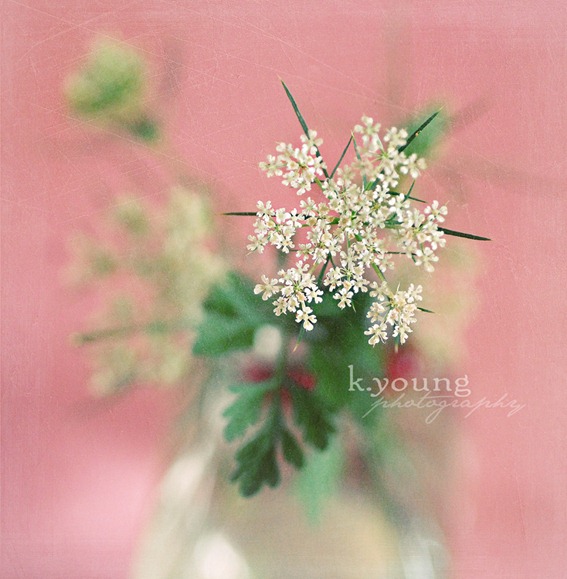 The vase I’m using for this is a diffuser from Agraria that I washed thoroughly and keep in my vase cabinet for tiny arrangements such as this.

The texture is ‘Platinum’ from set 1 of the Florabella collection. 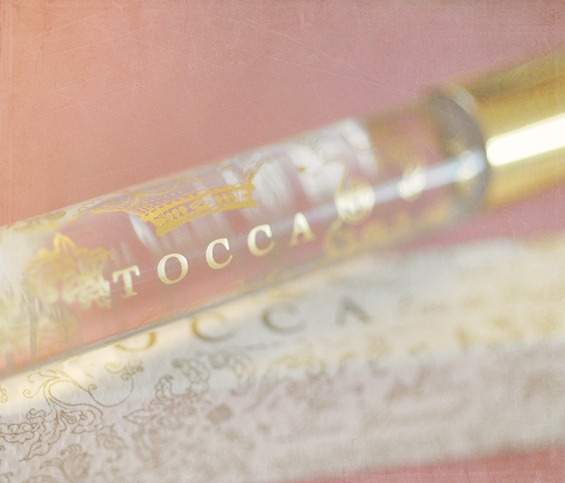 I bought a new perfume and I like it just fine. 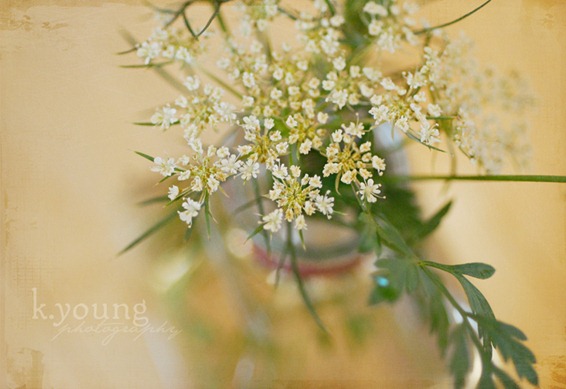 I moved the flowers to the cutting board for a different background. This is pretty, too.

As I write this, I have the cat at my side, who is watching the dog make a fool of himself. He’s not really. He’s playing. But I’m sure Miss Blackie thinks the dog is a complete fool. He’s in play mode right now and is bringing me every toy in his box so I will throw it for him.

My sister, Char, knows how long a game of fetch can run. 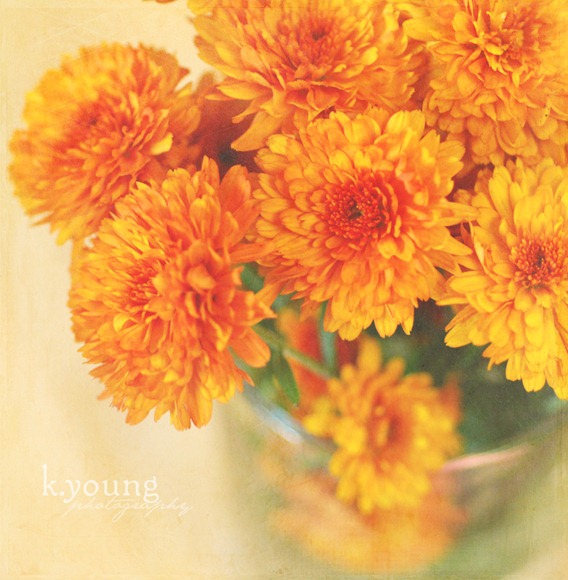 I bought some mums after bringing my husband home from the hospital and planted them outside in planters. The ones in this little vase broke off and are still decorating my countertop. I love the pretty orange color against the pale wood of the cutting board.

Tonight for dinner, we had something that my sister left in the freezer for us – you know, for those times you just don’t feel like cooking? When she stayed here with George, she spent an entire afternoon preparing different meals and freezing them. I was completely touched by this gesture.

Another sister sent me a book to read that she thinks I’ll enjoy. It’s an historical novel set in Nazi Germany and she told me I may not be able to put it down once I begin reading it. The book is “Those Who Save Us” by Jenna Blum. So if you don’t hear from me for a couple of days, you’ll know what I’m up to.

Every time I see your macro shots I am motivated to go camera shopping. The only thing that stops me is fear of making the wrong choice. Nikon has several I am considering. Thanks for the tip on the lens!!!

a very nice post - filled with beauty, family love and ending with a spot of peace. :)

A wonderful post. I am soo happy for you guys that all is going well. Yup Harley kitty here sits and watches Miggy do her toy thing as well and thinks shes nuts lol. Fantastic photos, OMG I would of cryed for days if I broke my Macro lens like you it is the best investment besides my camera. Have a wonderful evening and give all a hug from us.

Typos in my first comment...
My macro lens is one of my faves too!
Your images are breathtaking!

you see the beauty everywhere and coax it onto the post!

I don't have cats because I'm allergic to them. But I do miss that purring. My horse trainer has a new cat named Simon who sits next to me and purrs. It's such a pleasant sound. Lovely flower photos:-)

Gorgeous photos - as always, you have a great eye!!

Beautiful and uplifting. Your sister is wonderful.
I wish you rest and peace and cheer and all things wonderful.

Thinking about you and your husband often. Hope all is going well.

So happy to see my favorite pink countertop.

Your sisters sound pretty great too.

a macro lens has been on my wishlist for a long time.

i love taking close ups, and long to own something a little more sophisticated than my simple p&s. love your photography

You make me lust for a macro. And lord knows I take enough photos without the added excitement of SUPER GORGEOUS CLOSE-UPS. But really it's therapy isn't it? Cheaper than a shrink...
;-)
BB
PS Sending healing internetty hugs your hubs' way!

...Lovely photos! I love that macro lens and every photo, I believe, that you have taken with it. Gorgeous stuff my dear. :o)

...Hope your husband is doing well. I think of you both daily and always send a prayer & a warm thought your way. (((hug)))

...Our Schnoodle does the game of fetch 3 times, max. She's 11 years old and a tad bit overweight. *ahem* Not a good reflection on the owner is it? *sigh* :o\

Thinking of you and yours.

Mums just do the trick sometimes, don't they. Mine on the front porch are just about done for the season.... I even remembered to water them this year!

Looks like it may be time for me to buy a macro lens.. hmmmm. Just thinking out loud here.

Beautiful shots again Kate. I am glad that things seem to have settled down again for you both - you sound to be having wonderful support. Best wishes.

You have very thoughtful sisters...looking after you well. What a treat to have dinners in the freezer for when they are needed.

That Mum, it's so lovely, and yes the Macro is a great investment. Even if it does get dropped, LOL.

Your talent for photography inspires me every time I see your work. Love the delicate nature of the Queen Anne's Lace.

Also - what font is your new watermark? I'm a font freak - not so much in what I know about fonts, just in how many I download and use. Love them.

You have sweet sisters.

Your photography is always inspirational for me and then there are your lovely words ... :)

Keep breathing and make small baby step adjustments to the new reality who knows it might turn out to be a very good thing .. Toonman plays with Jack using one of those red dot pointer thingies and Jack adores this game .. Rose watches, I believe she knows Toonman is the one making the red dot hop jump climb .. and that look she gives Jack .. well last nite she walked up to him and smacked him on the head and walked away .. we laughed so hard and poor Jack just kept looking for where the red dot had gone ... xo

Oh yes, you always conjure the best macro magic, Kate. Love that first image! I've been on a texture kick lately, too. I think it's the cooler weather -- we crave images with more depth and warmth.

OK, so that sounds like total bullshit. But you know what I mean, right? Anyway, they are all beautiful images, and I know how losing yourself in PS can sometimes be a blessing. For us as well, because we get to see the lovely results. May your new normal be happy! xoxo

Absolutely stunning!! Love the soft colors in these. Your macros are exquisite!

Beautiful images – definitely something magical about the macro lens. I find mine very therapeutic as well. I love downloading the images and then seeing details I missed with the naked eye. Wishing you a peaceful weekend. xo

Love your macro shots! How's the Husband doing? Give us a book review when you finish:)

Love your photos as always.
I read that book this summer and loved it...very different perspective. Interesting style.

i can feel the chill in the air keeping me inside a bit more then usual. soon i'll be taking macros around my house, too....of my electric blanket :)

seriously, today i played only with my 50 1.4 and took only photos of sophie. poor girl. she's completely deaf now and her vision is a bit rocky. but oh her face. oh how i love that face.

Nancy, I couldn't respond to you because you don't have your e-mail enabled to be seen. The two fonts were a free download from dafont.com. The word 'photography' is the Jane Austen font. The other is Packard Antique. I love fonts, too. Enjoy.

Beautiful as always! I hope you don't get TOO lost in that book--but enjoy--you sure do deserve some joy! New normals--are very hard sometimes. :)

This images are beautiful!

All of these images are like beautiful little gems Kate. Your writing is just so natural and so sweet, just like you. And I particularly enjoyed how your new perfume is photogenic. xoxo ~Lili

it's amazing how the simple things can bring a smile when we need one... thanks for sharing with us...

and I guess getting used to a new normal is what life is about....certainly seems to be a healthy approach... so again, thanks for sharing....

it is nice to have family around...including our pet family...

it is nice to have family around...including our pet family...

Hey Miss Kate, how are you? :-) Remember me? Your old pal from Norway? I apologize for skipping out on you, obviously you´ve had a rough time. Didn´t mean to leave you in your time of need. See you wrote you brought your husband home from the hospital, so I assume something serious happened, I hope he is ok now. I understand life is precious and I know you cherish every moment- good for you!
I am seriously glad you´ll probably never make it to Norway and thus to my kitchen- because my kitchen doesn´t look nearly as beautiful as yours...at least I don´t have as many beautiful floral arrangements...looking around here and nope- don´t see a single flower...I should be better about that!
Hope you have a wonderful weekend, we will be out and about to dog shows and there is a huge antique and collector´s market Saturday and Sunday- want to try to get to that also between dog shows, plus we will have company all weekend!..ugh..well, hope you can see that it isn´t by choice I haven´t been visiting, just busy busy busy....
Take care!!!

Great pictures, love the mums, the macro lens is great!

Those pink counters have given me the most pleasure. I miss youuuuuu!

Sounds like you are adjusting to the changes in your life as well as can be expected! Thank God for the little escapes of PS and TV:)

What you do with your photos while just playing around I can only aspire to when I sit and try for hours! Love these! Love those mums! Love your sister!

I NEED a Macro lens. Need I tell you! Lovely lovely shots as always Kate. How's the book? Sounds interesting..enjoy your weekend.

I have always loved Queen Anne's Lace, it is such a stalwart beauty.
And now I have to check out that book.
Thinking of you. xoxo

oooh, I really do need to get a macro.

Enjoyed visiting your site. Your photos are wonderful.

Perfect. I saw your first photo with the lace and pink background on flickr and fell head over heels for it.