Thank you so much for answering my movie question. As many of you know, the comment section is always interesting here and part of my reason for asking in the first place was to get new ideas for viewing – not just for myself, but for all of you. So thank you for your honesty.

First, as far as Beasts of the Southern Wild went, it was definitely interesting. Set in a fantastical place called The Bathtub in the Louisiana Bayou, just beyond the reach of the governments levee protection area, it is the story of a fiercely independent little girl named Hushpuppy and her relationship with her alcoholic father, Wink. After the squalid settlement where she lives is washed out by a hurricane, Hushpuppy imagines that wild beasts who resemble giant boars have melted and broken free from the polar icecaps and are coming for her.

I didn’t love the movie. But I didn’t dislike it at all. It was definitely a raw look at Hushpuppy’s reality, the prettiest place on earth, as she called it, and her struggle for survival in her cast-off universe. She misses her mother and sometimes calls for her with a piercing scream that’s enough to break your heart. The entire movie belongs to this child, though, and she is truly amazing.

Secondly, it was a beautiful three-day weekend for me. And Saturday and Sunday were incredibly lovely as far as weather and relaxing were concerned. Temps dropped dramatically today and it’s actually snowing out there right now which I hadn’t realized until I let the dog in and he was wet. 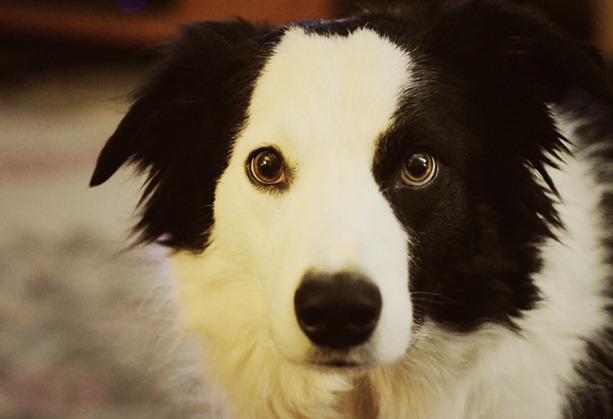 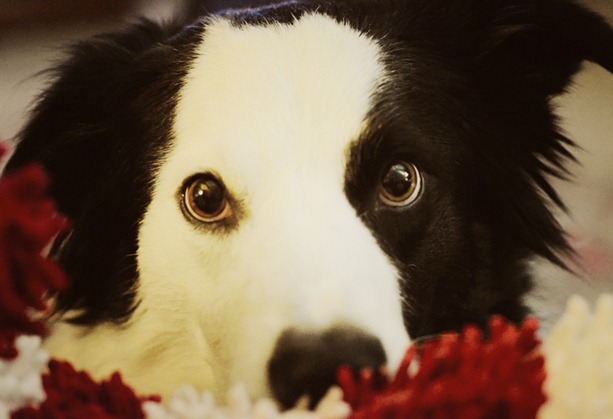 It’s time to put away the holiday toys. He’ll be excited to see them out next year, I guarantee you that. 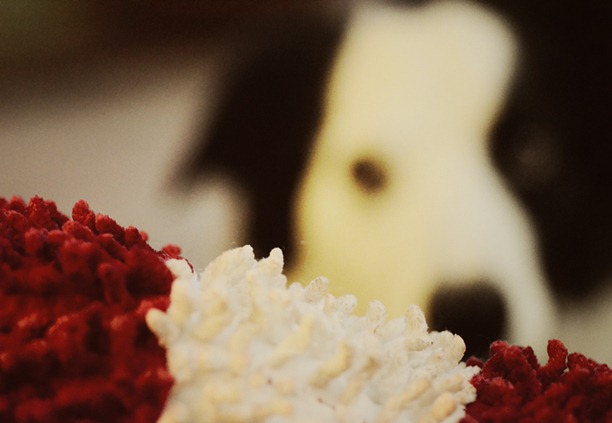 Do you do that with your dog? George has a number of toys, some that are still from his puppy days and I’m always switching them up. He gets really excited when I take something out that he hasn’t seen in months. 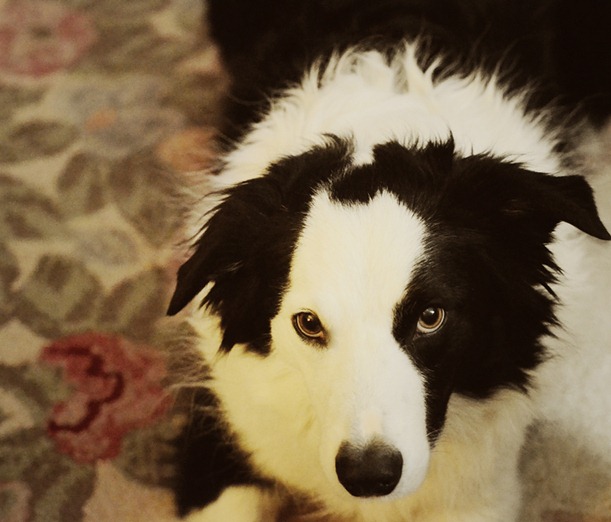 He is such a beautiful dog, our George is.

And the best thing is that he’s also a good dog. 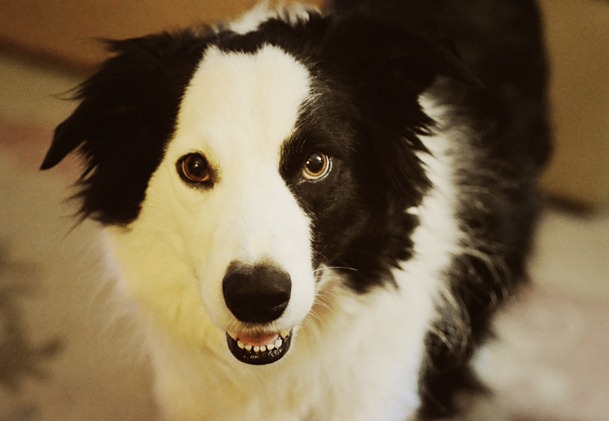 Yes, you are, George. 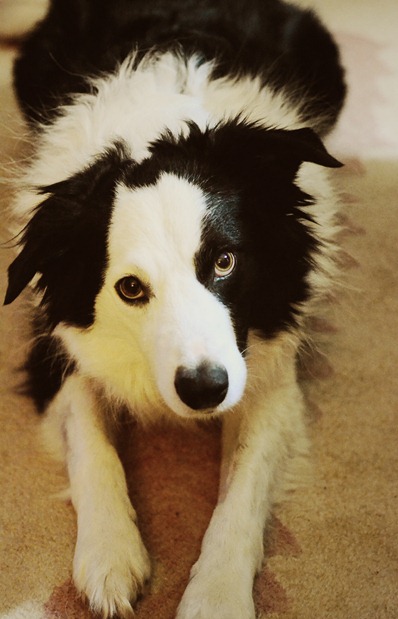 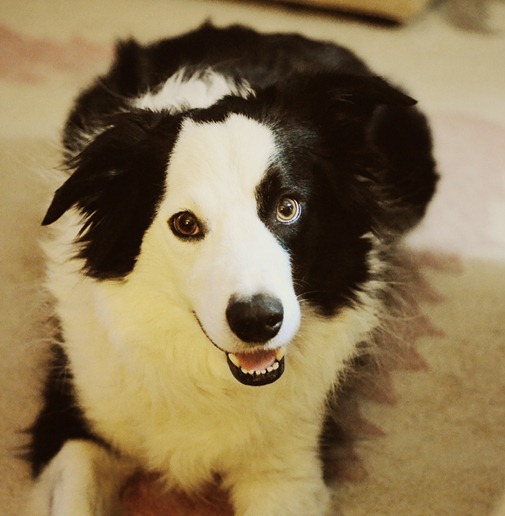 As I write this, and just within the past half hour, everything has been covered with a nice coat of white. It sticks to every branch and is actually quite beautiful. It’s not supposed to amount to much more than this so I’m pretty certain we’ll have school tomorrow. If you’re new here – I work at a school. When it’s closed due to the weather, I have the day off. I love when that happens.

In other news, made this for dinner tonight and was pleasantly surprised at how much my husband loved it. He even went back for seconds.

Hope your week is a good one. And if my dog could talk, he’d say hello. I’m sure of it.

Oh George, you are a very handsome boy! Enjoy the snow, so far we've had none this winter, and even "I" am beginning to miss a little white around here.

oh george....you take my heart and just make it all gushy inside :)

we are sitting at 5 degrees with no internet or cable....thank god the hubby brought home his mi-fi so i could get caught up a bit. it's awful how i can't live without cable and intent....ugghhh

Dinner sounds so delicious and George is as cute as always. I love your pictures of him, you seem to capture his fun loving spirit. Hugs!!

What a good tribute to George!

I didn't answer the movie question because I couldn't remember.:-) I think it was "The Exotic Marigold Hotel." There have been others I've wanted to see, but just don't take the time.

George is so beautiful!!!! I love your blog

Sounds like a wonderful 3 day weekend . I love it when it snows and it is all clean and pretty sticking to everything that's when I love to get out there and take photos . George is a beautiful handsome boy I bet he gets his way a lot with those puppy eyes lol I know Miggs does here with her teddy bear eyes . Miggs has inside and out side toys and she loves to play with them all , I have tryed to do what you do with Georges toys but she just sniffs them out so we just leave them all out for her to pick and choose as she wants lol ! Wonderful photos ! Have a good day !

Oh I just LOVE George! He's got one of the handsomest faces EVER. Those eyes are beautiful, and that doggie grin is too cute! So photogenic. Give him a pat for me :)

George is a handsome guy. Those eyes are something else. I have a Shetland sheepdog who adores his dog toys. When I was wrapping some of his new toys for Christmas, I accidently squeezed the squeeker in a new stuffed squirrel. Man, he came running and looked at me like where the heck is it???? It was too funny.

Still no snow here in Illinois. :(

George is the most beautiful do, with his markings and eyes I have ever seen on that breed....love him:-)

I pull that same trick on my Isla gal, stashing her older toys & then bringing them out when she least expects it. No one can EVER tell me that dogs don't smile. Crikey. She goes positively electric with glee!!

Let's see...it's about 2 o'clock in the morning your time. I'll keep fingers crossed that it's bucketing with the white stuff & you'll be homebound one more day.

George is adorable. Unfortunately, being a terrier, Snippet destroys even the supposedly indestructible toys in about ten minutes so I've given up buying them. He does like an old sock though!

I never tire of looking at George's sweet, sweet face. He is so special....and I am so glad you have him in your life.

I asked Toonman about 'Beasts' he said he duped it and returned it ... so if i want to watch it ... we watch Les Miz which starts out so strong and emotional and then - due to the singing - peters out ... the worst singing is Amanda Seyfrieds .. she trills so that Toonman said he expected to see a bluebird light on her finger ... however Anne Hathaway's singing steals the show we also watched Frankenweenie .. we are animation lovers and this was just a delight.

I think George and Jodie Belle would have a great time playing together.

I don't put any toys away. When they get old, I let the girls take them outside into our woods. I have two old flower barrels where I keep them.

Jodie hides them and has fun finding them the next Spring. This Winter she has several toys lined up on our hill, frozen of course, and she's having too much fun.

Stay warm. Just the thought of your slight snow was nice to hear.

Oh you know I love him!

Such a fine doggie! How is Blackie?

I meant to comment on the movie Q. I loved Silver Linings Playbook and would see it again in a heartbeat. The soundtrack is FABulous!

I watched Beasts of the Southern Wild last night and felt as if my heart kept breaking over and over. After I went to bed, I found myself worrying about Hushpuppy and what became of her.

As for my dog, I have a large wire bin that I store her toys in. I have watched her dig around in there, as if looking for something and then pull out a toy, happy and triumphant that she finally found it! It's funny... I swear she is looking for a particular toy!

He's the most photogenic dog ever! I'll keep my fingers crossed for a snow day for you!

George has to be one of the most beautiful dogs I've ever seen, not many dogs are actually "beautiful", but he truly is.

My dogs are older now, so there's not much playing with toys, but they do love laps, especially in front of television at night.

Hope you've had a great day.

I do put toys away for my dog and rotate them from time to time - the ones that he doesn't chew on and utterly destroy in the first 5 minutes, anyway. *sigh*

No snow here, but wow is it ever cold! I've been throwing bread and raisins and old grapes (not quite raisins yet) out for the birds.

Please give dear George a big kiss for me. He is such a cutie! Stay warm and enjoy the snow. I know you love winter. xoxo

So love those George photos! And he is such a good puppy! We indulged this past weekend and took in 2 movies!! Haven't gone to the movies for ages. Saw The Impossible and Silver Linings Playbook, both which were very good. Love Bradley Cooper! Such a cutie.

Coincidentally "Beasts" is in the mail from Netflix for us...Hope I like it and I won't tell my husband that it is sad or he won't watch it:)

Georgie is such a rock star! So handsome and We all love him to pieces!