Today I’m sharing three of my favorite things. One is edible, one is a beauty product, and the third pertains to photography. 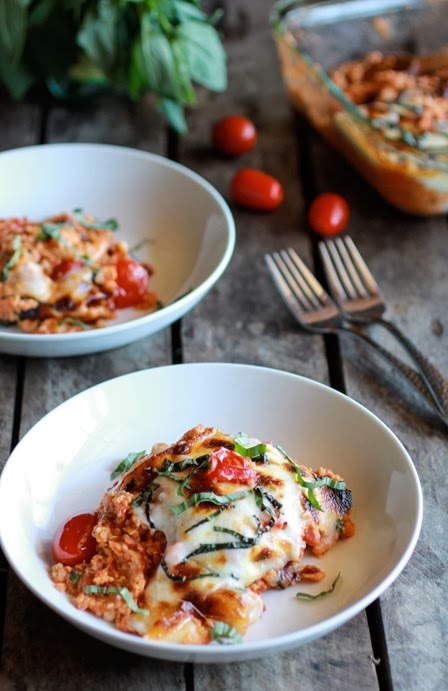 I have made this several times since discovering it on Pinterest a couple of months ago. It’s great to have as leftovers that I can pack into my lunchbox to take to work. Quinoa is full of protein and this dish fills me up and makes me happy.

I love how she styled this shot, too. Just putting that out there. 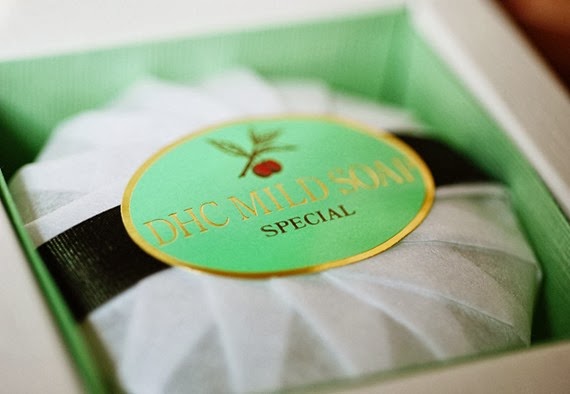 I discovered DHC  about 10 years ago and have been using it faithfully ever since. DHC is a an olive oil-based skin care line that originated in Japan. Yes, you heard me. Olive oil! There's a 3-step cleansing, toning and moisturizing program that's geared towards your skin type, but I've always just stuck with the deep cleansing oil followed by the mild soap. I also use two of their moisturizers.  It's all wonderful stuff and the bars of soap last for months on end. When they’re on sale, I stock up. 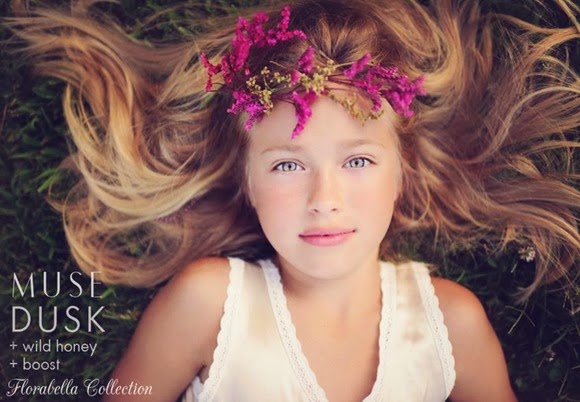 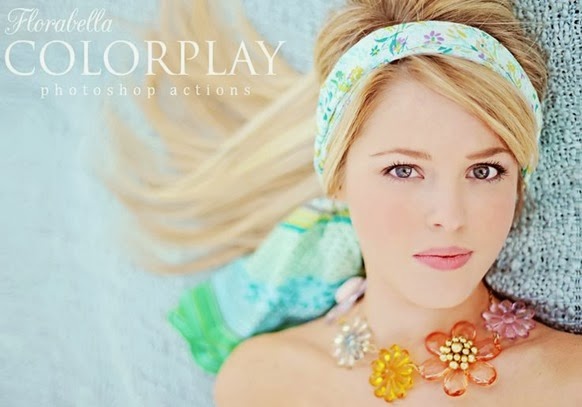 I use Photoshop but will freely admit that I only have a rudimentary knowledge of it. I get by with the help of several sets of actions, many of which were purchased from the Florabella Collection. They are probably my go-to actions because I find that I use them all the time. I love the rich colors, the muted tones, and the dreamy pastels. They add an extra something to my images.

An action is a recording of a sequence of commands and operations in Photoshop. So rather than perform ten or more different things, you simply press a button and then adjust accordingly. I love actions.

On another note, my favorite little buddy had his first skunking last night. I was sitting here, quietly minding my own business, when this odor resembling an awful petroleum scent began to permeate the living room. I ran downstairs to the basement thinking that something had happened to the oil burner. But no, following the scent, I found my poor dog cowering at the front door and wanting to come in.

I washed him with what I had on hand: lemons and Johnson’s baby shampoo. Luckily it wasn’t a horrible skunking but still, it left my head and my stomach hurting. Today at work, I googled how to remove skunk smell and it’s definitely not by using tomato juice. More on this tomorrow. Tonight my George smells fresh as a daisy and there’s just a tiny lingering smell in the living room which should dissipate with time. At least it’s not hurting my head and closing off my throat . . .

Poor George and poor you too! No skunkings here yet but I know our day will come. Xox

Oh, no! Bless George! What an awful experience! I'm glad the situation is more bearable this evening.

I believe I'd love that Quinoa recipe!

Oh poor George , poor you to . I hate the smell of skunk it makes me feel sick ! No, the tomato juice has always been a myth lol We used to bath our dogs in hydrogen peroxide, baking soda and mild dish soap and that always worked now knock on wood here our Miggs has been safe so far lol ! Lovely photos . Papa is the Photo shop pro I use Lightroom lol ! Thanks for sharing . Have a good week !

I'm ALWAYS looking for yummy quinoa recipes and this looks like one! I've been using DHC (although not following a 'regimen' like you; shame on me) for about as long; what a great company. I'm still a ludite when it comes to editing my photos. Poor George. I haven't experienced that with a dog of mine yet, but look forward to the cleaning info just in case….

Why am I thinking you are supposed to clean them with ketchup....? Guess not though since you said not tomatoes. I remember once my father threw his dog into the pool after a skunk attack and the mix of skunk and chlorine was enough to drive me away for a few days!

I love hearing what you're loving these days. I will definitely look into that soap line. I already use plain olive oil for a moisturizer. I don't really think you can go wrong with anything that has olive oil in it.

Have a great rest of the week! ♥

Say it isn't so. George. Have you seen them around your place ?

I've heard of that soap. I'll go look it up.

It's been to long since I've stopped by, Kate. I hope you are doing well. Tomorrow I'll have to read some more of your blog to see what you've been up to.

Oh man, skunks suck! The smell is disgusting. I can only imagine what it must be like for a dog!

My go-to for actions has been PicMonkey.com. The options are endless and the price is right. Shana does have some incredible collections though, that's for sure!

Poor George...and you. I always heard tomato juice so I look forward to your reveal.

Never smelt a skunk and I don't think it's something I need to do in my life! Love the sound of that soap.....will investigate. x

Oh no, skunk..... I'm glad you found something that helped out.

Love all of the pictures above. The dish looks wonderful. I have not tried quinoa.

Living on a creek that has salmon runs every fall leaves dead fish everywhere. Of course I've had many of my dogs roll in them and even eat them (what???). The smell is up there with skunk. After bathing and drying the offenders:) I Febreeze them - the product in the plastic sprayer container, not can. As it dries, the odor is 90% gone. I read this somewhere online a couple years back and quite frankly had my doubts - but it works.

i use DHC too…and have forever. sheesh, we are so similar :)

i have loved and used their olive oil face cleanser for... seriously, as long as i can remember and beyond...and love it.

i have been hooked on clinique and philosophy products forever, too….but am slowly switching things up a bit….due to my skin getting OLDer….so DHC will be getting even more business from me….just saying.

My dog got skunked good a couple years ago. OMG, that was the most horrific smell! Glad he's clean and fresh today. I had to get my girl a new collar as I could not get the smell out of it.

Been there, done that, and NO tomato juice does not even touch it. Wonder what brilliant mind ever came up with that anyway????

LOVE DHC cleansing oil, and I am definitely going to try out the Creamy Caprese Quinoa Bake. It looks delicious. Thank you for sharing, Kate.

Happy day to you!

After soaping, rinse with baking soda mixed in warm water.

Oh No! Poor George. I have a recipe on hand for deskunking my dog - the recipe, but not the ingredients...I know, I know. I fear it's only a matter of time before she gets sprayed.

I love the actions although I've never tried them. I'll check them out.

Thank you for the information about DHC products. I've never heard of this line in Canada but am happy to learn they will ship to me here in Nova Scotia. Just wondering what moisturizers you use. I'm 55, and have sensitive skin so always need lots of moisture and mild products. I love your blog.

Penny,
I use Olive Leaf cream for daytime and Q10 cream at night. Hope you like their products.

Poor Kate and Poor George!!!! My husband rented an old farmhouse when he was single, one night he woke up to a huge racket that came from the basement. He thought it was cats screeching but it was at least ten skunks! They sprayed and sprayed and sprayed. It was such a mess.

Oh no, Georgie! You are a smart boy so let this be your lesson and never do that to your momma again!

There is NOTHING worse than skunk smell. One got under the house and sprayed. I was gagging the whole time trying to get my little one dressed and out the door before I got sick. I feel for ya, and poor George. Bless his heart. On a brighter note the Creamy Caprese Quinoa Bake looks DELISH. You make the most tastiest looking meals I've ever seen.

Oh the quinoa dish looks really good, think I will give that a try. Our dog got skunked a couple times and we never did find anything to make it better other than time. It never stopped us from trying though. :) xo

That recipe looks awesome! and poor George.. and YOU! Thankfully I haven't had to tangle with that perdicament.. but would have thought submerging him in Tomato juice would be the remedy! Why do we all think that!?

We just started eating Quinoa in the past year or so and love it! That dish looks De-lish!

I made your recipe last night. Just gotta say it was amazing!

Oh poor George .. and you. I know what that's like. My neighbour's (ex, now) dog got sprayed head on, one day a few years back. As she came close, it was like walking into a wall - the smell was SO bad. I had to Google the remedy for my neighbour and it worked like magic to neutralize the odor. It's the one with peroxide, glycerine and baking soda.

Your post reminds me to keep these things on hand. It's only a matter of time. Benny can't resist a chase.

Getting skunked is the worst! You might find he needs another bath when it rains - something about the rain brought out the stinkies on my dog for a few months after she was skunked, but nothing is as bad as the first night.

Skunk smell is strong, but I don't think it's the worst thing ever. Of course that's because I've never had eau de skunk bouncing around on four legs inside my house. It's also because I've smelled the inside of a chicken coop and have been in a pig sty on a hot, humid day.