It’s been another beautiful weekend and I spent it running errands, doing chores, reading, and cooking. I brought most of the outside plants in today, putting them into the mudroom to acclimate them before bringing them in completely. This week has been warm, but it’s slowly become colder and I believe tonight we may have our first frost.

I’ve spent a lot of time these past two days with George, who misses me much during the week when I’m away all day at work. He’s had several very good walks, many games of fetch, and lots of pets. 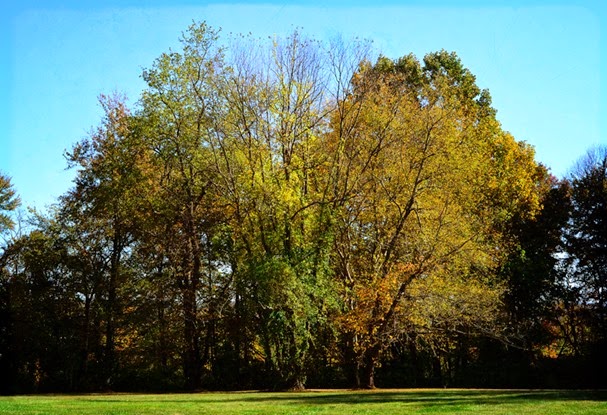 I remember telling you in the last post that I would say more about going to Stockholm but then I realized there’s really not much else to say. I told you that my son is working there for a couple of months. H&M is building another new flagship store, this time at the World Trade Center, and he is in Stockholm working on the project with the Swedish team. When I first heard that he was going, all of my friends were telling me that I needed to go visit him, and I just laughed at them. There was no way I was going to get on a plane and go that far. For all that money.

And then I thought, why not? After checking the prices of different flights, I realized it was something I could actually do – and I had the go-ahead from my boss. And so, before I knew it, a big decision had been made. I’ll be gone over the Thanksgiving week and have every intention of writing and blogging while I’m there. It’s all very exciting (and a little scary - the traveling alone). But I’m really looking forward to it. 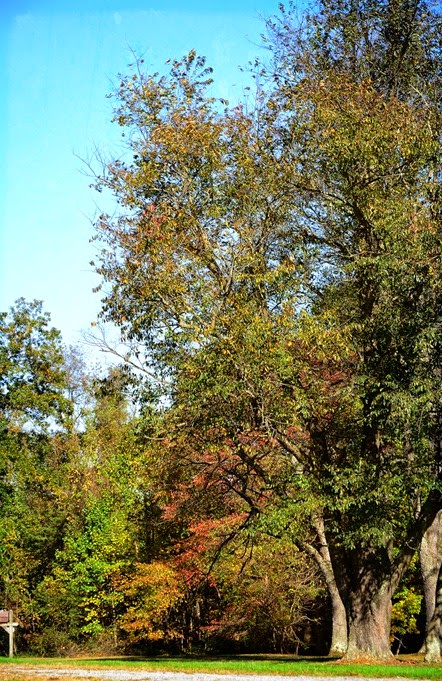 The wind was strong today and blew many of the leaves off the trees, some which hadn’t even turned color yet. Our trees are just beginning to turn here in Maryland. 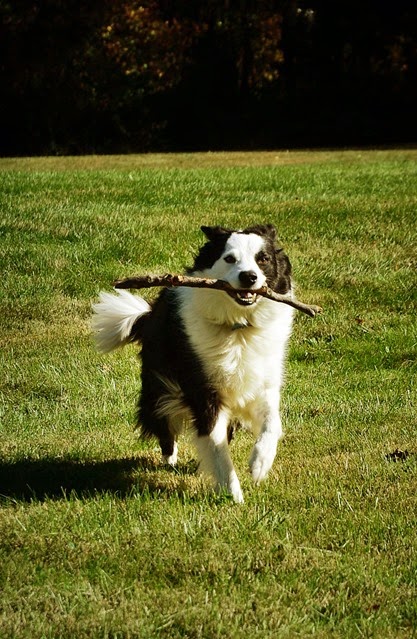 He brings me giant branches, wanting me to toss them. I break off sticks and he seems to be content with that. Silly dog. 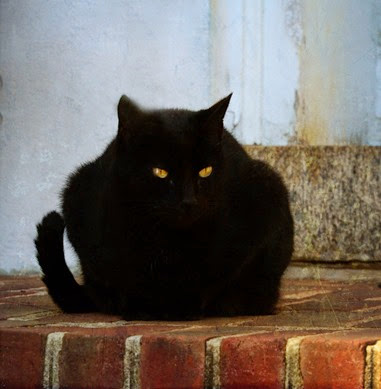 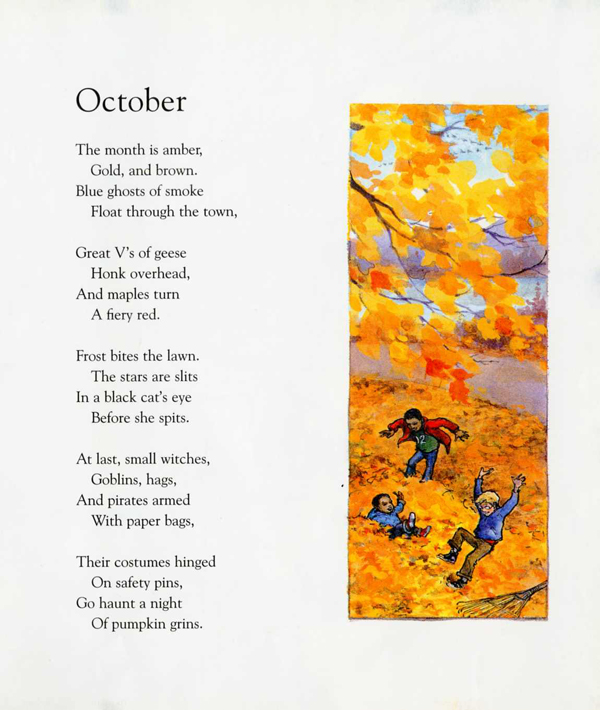 From A Child’s Calendar, written by John Updike and illustrated by Trina Schart Hyman.

Hope your week is a good one, my friends ~

When you return from your trip you will be kicking yourself in the behind for not having done something like that before. I anxiously await your posts about your trip.

I''m sure you're going to have a FABULOUS time!!
How Fun!

OH girl..you will have a blast and you know what? That feeling of accomplishment...that I can do anything I wanna do..that experience of going outside your box...will leave you exhilarated!!
I traveled all thru Italy exploring the country from top to bottom...ALONE..a few yrs ago!!!
(it was my 35th wedding anniversary gift from hubs...he knew how much I wanted to do this by myself, so he gifted me)
Best trip ever!!! Time of my life and would not trade it for anything.
YOu will feel so good about yourself and have fun doing so....can't wait to read all about it..

It's so nice to read about what is going on with you. Congrats on making the plans to fly to Stockholm! That is an opportunity that isn't to be missed. Good to see "famous George.":-) Blackie is just in tune with the season. xo

Do you read Anne's Food blog? She lives in Stockholm.........works for the government I believe...
that is great you are going over there. I know I loved my trip to Finland...... Our leaves are not turning well this year at all. too warm I guess. Kay in Oregon

SO glad you decided to go to Stockholm!! Enjoy every minute, I can't wait to hear about it!

Hello Halloween Kitty.
Oh yes... and hello to you too Kate.
And George.

hi Kate and everybody! Greetings from lizpictureperfect.blogspot.com... I am also excited to see your new blog about your trip... especially, the photos. ..omg! hurry! and take care!

You will enjoy Stockholm and I guarantee you will come home feeling so good about how well you travelled alone. Enjoy.

you won't be alone .. not really .. there will be lots of other people on the plane and i suspect you will introduce yourself to your seat mates and unless its an overnight flight have time to chat .. when you get off the plane i am sure Matt will meet you and show you around on your way to his apartment .. you are a smart interesting woman and your are resourceful i have no doubt you will enjoy the travel and your time there .. xo

I think it is a wonderful thing for you to go on this trip . I think you will have a great time ! Lovely photos ! Not much going on here just lots of photos of fall and Miggs playing in the piles of leaves lol ! Thanks for sharing , Have a good week !

It is so nice to be able to get away. You will have a terrific time.

Why not? That's exactly right! It's a perfect present to yourself. Cant' wait to see the pictures!

In 2007, I needed to get away from family drama after my father passed away, and made a decision to spend Christmas alone on a Rhine River Holiday Markets cruise (Uniworld was the company ~ very highly recommended!!). I would be flying (alone) to Germany and on the week-long boat trip (alone). There were many (well-meaning) friends and family who tried to discourage me from going (alone), but I went.

It was the BEST.Christmas.EVER. BEST.decision.EVER. It was a magical time, only 48 other passengers that week, and a crew/passenger ratio of 2:1.

Don't be afraid to travel alone. Be afraid of missing out on the beauty of Stockholm.

Kate--you have been going and doing and living and feeling--so much --and I can't think what I've been doing for a month! Just..I don't know...I guess I've been feeling, like you and everyone at times, that "down feeling". Our computer AND our Internet have been ridiculously slow--but more, I think it is me that's being ridiculously slow.
It has so good to come here and see you've been to your first ballgame and are going to Sweden next month, Good to think about your school's Seniors going out with their new blazers, and soon, into the world. Mostly, good to see you can get down and pick yourself up, no matter what!

I agree with your friend--the Kate I "know" can do anything she wants!

You are going to have a fabulous time. Can't wait to read about it.
Lynda in Michigan

I love all your photos! They're beautiful. I really like looking at your blog. Do you have a bloglovin account? I want to follow you so I make sure to see all your posts :)

What fun planning a trip of that magnitude. Wish I was going there myself. George looks happy playing catch and of course Blackie, is in his own little world.

I too have been absent - neither writing my blog nor visiting others. I'm not sure why either - sometimes I am busy, sometimes I feel too lazy, sometimes I am too scared to start. It is never from lack of things to say and I think about my blog every day and imagine writing there.
I also think of you often even though it has been a long time since I came here to see how you are. Now I arrive and find you have passed the anniversary of your husbands death and I can imagine what a powerful time this has been for you. I think we are so affected by anniversaries - the time of year, the amount of light in the day (like birds we are programmed to notice this even if it is not conscious) the falling leaves, the same festivities. The circle has turned and now you are in a new part of the spiral, but still close to last year and all the September/Octobers before.

I am thrilled you are coming to Europe! You will be fine - it is fun to travel alone and to see new places. I wish it was H&M Barcelona!!! then we could meet. I have never been to Sweden or any part of Scandanavia but it is a part of the world I am very attracted to. Have you visited Europe before? Oh so exciting.

So excited for you Kate- it sounds amazing! Pretty pictures too :)
Donalyn@ http://thecreeksidecook.com