Something stinky this way comes

I had just come in from my afternoon walk and was sitting here in my favorite chair, checking e-mail and minding my own business when I heard the telltale sound of a stink bug. And it was right near my ear.

I shook my head, moving forward and suddenly began to smell that awful scent. And then I heard it again, this time on my head. Oh, Lord have mercy.

The stink bug was in my hair.

I shook some more and heard the tiny monster take off on its slow roll across the room where it landed on the edge of the couch. So I took a small piece of paper, intending to let him walk right onto it so I could open the door and throw him out into the cold night. I wasn’t quick enough, though and the bane of my existence was crawling up my hand by the time I released him into the freezing darkness.

But by then, it was too late. I had been stink bombed. 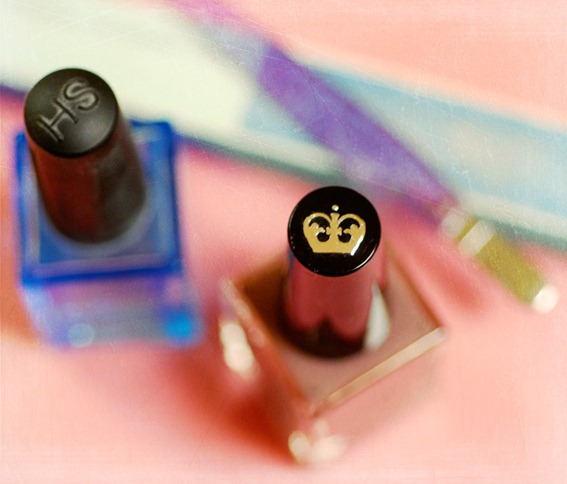 The odor was in my shirt, on my hair, and on my hand. My husband insisted he couldn’t smell it, but after about ten minutes, I couldn’t stand it any longer and ended up taking a shower and washing my hair. 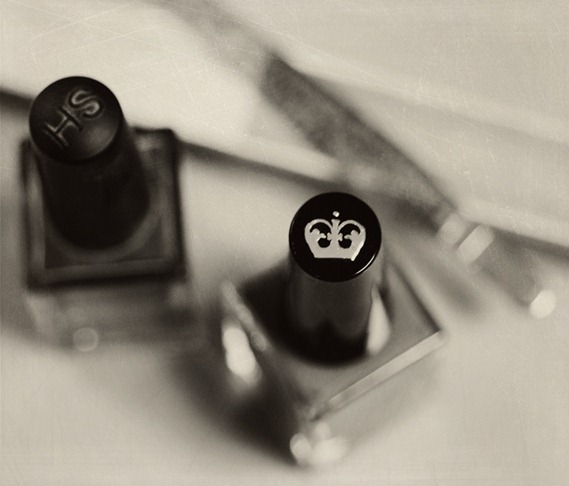 If you’ve ever smelled a stink bug, you know what I mean. The little devils release a foul-smelling odor when crushed or bothered. When the temperatures get cooler, they try to enter your house through small gaps in the windows and we have a few die hards that I find flying about in the living room every now and then.
I’ve decided to paint my nails to take the smell away because I think it’s lingering somewhere. I truly hope I haven’t grossed you all out. I’m fine now. It was nothing like this little fiasco that occurred in my early 20’s, though.

There's something about 'stink bug smell'. Just reading your commentary, I could smell it!!!
I DID NOT KNOW they could fly! Now
I'm gonna have nightmares!

They say that lemon will absorb odors as well as baking soda???

Smell some coffee...it is supposed to clear the nose!

Have a good evening, my stinky friend! Hugs!

Jeanne, you are a dear! Off to smell some coffee. Then I am painting my nails.

Apologies for grossing anyone out. Really. Sorry.

I don't think my sense of smell works because we have stink bugs every time the temperature gets above freezing it seems. Hubby always says he can smell them, but I can't, even when I crush them with a paper towel and throw their teeny asses out the door.

I have never "met" a stink bug. Which is weird because I have lived out in the country and I have lived in the tropics. But nope, never saw one. Or should I say smelled one!

If you're ambitious you could always bake/cook something to fill the house with an awesome aroma.

...I hate stink-bugs. I remember my first encounter with them when I was a little kid sleeping over at my grandmothers. I smushed one with my hand. Blech. Worst smell ever.

I've been introduced to them and warned not to step on them, but have never smelled them. Guess I'm grateful for that! Read your fly strip post. UGH! That one would "stick with me" too. LOL!

We have GIANT stink bugs here in Nevada! Awful creatures! I didn't know they could fly! Learn something new everyday. =)

I agree - it's one of the worst odors around. Like skunk. Only worse!

Ok, Kate! I found one too the other day. The creep me out something horrible and I am not skittish! I have a bad smeller, so they don't bother me too much smell wise, but geez are they creepy!

PHEW ... no stink bugs here just a stinky cat poop poor Jack he loves kibble but it doesnt love him .. but being a man he didnt listen and begged so sweet ...

I just saw one in my living room last night. Sometimes the cats try to play with them, but they learn their lesson pretty quick.
And I had to go and read your fly story. Oh my, you poor girl. I shudder at the thought.

Our town has an infestation of them it seems like.... They can get anywhere! Good luck with them.

I've seen them but never smelled one...they look almost like they are from midevil times....hope the nail polish makes you feel better...

i haven't thought of them in years. what childhood memories

There are lots of them up in the Okanagan, and we didn't really understand what my sister was warning us about...until.

I got up in the middle of the night and stepped on one in my bare feet. Sigh, rotten banana's, and that smelly special stink bug odor.

Yuck, I can still remember it.

Sorry you got stunked, and can't seem to shake the smell. Ugh! I have to thank you so very much for the wonderful cardinal print...it's just beautiful! I haven't had any prints made (other than at Walgreen's) and was wondering about the lab you're using. Thanks again!

I don't think I have ever met a stink bug...what I always think of as a stink bug doesn't actually stink...if it gets crushed it smells like apples...so I guess it can't be a stink bug:)

I didn't know that painting your nails would help the smell or is that some kind of cover up? I know the odor. You made me laugh so all is not lost. WITH you, really, not at you. Really..

Kate, we have 'em down here in Texas, too. Hate those little boogers. They also like to eat in my garden during the spring/summer. They ate the foliage off my crepe myrtles one year, too! We had to spray for them! I didn't know they were so destructive as well as stinky!

Ugh, how horrible, I don't ever recall hearing about stink bugs, but just a bug crawling on me gives me goose bumps and then you get smelly from this one! Double whammy! Glad you survived the assault...what color did you paint your nails? ;-)

We have stinkbugs here in Africa too... they were a favourite torture tool in childhood, ugh. I popped in here from somewhere else and loved your lacy leaf picture - really beautiful! Shiny x

Oh, no. Not another infestation to worry about.

Although we have them here I have never smelled one. Now, just because I said that, they'll be crawling all over me stinkin' it up everywhere.

Hope the fingernail polish helped and that that was your very last stinkbug encounter.

I had a laugh over your story....sorry girl but I can totaly imagine...we call those bugs Platte Peter (Flat Peter) and hell yea they do smell aaaaawful.
Glad your nice and shiny all over again.
Oh and thanks for brighten up my day (sorry again).
Hugs Dagmar

Stink bugs? STINK BUGS?? We have about a gazillion of the little devils all telling us a flood is coming (they usually herald wet weather don't they?). The silly things are all about a fortnight too late..

Our bugs are black. And very very stinky!
:-)
BB

I hate those stinkers....we have them crop up in our house all winter long and I seem to be the only one who finds them!

Never have. Hope I never will. YUK! Hope the offending odor has left. YUK!
xoxo
Donna

Oh my ... I think I would have had a heart attack. I love bugs but there is something about a bug CRAWLING on me that gives me the heebie jeebies!

On another note - are you going to post a pic of your newly polished nailes? ;)

They stink because they're mad about how ugly they are....

We have a GAZILLION of those little in the fall! Just yesterday, one was slowly crawling across our floor. Like you, I scoop them up and slip them back outside. The worst is when they fall into one of our lamps and get fried! Talk about stink!!!!

Stink bugs are NASTY, and my cats love to play with them. Ugh!

Saw all your comments on PW's b/w post and had to come and visit. And of course the top post would be about bugs; of COURSE it would. For the first couple of years that I blogged, I called my son "Bughunter". That was his passion (thankfully, at nearly 11, it has finally subsided). I have nearly worn out a North American field guide for bugs and insects. And I am all too familiar with stink bugs. My boy actually was messing with one and got bombed in the eyes. Now he stays as far away as he can get. I love your blog and your writing style...

Oh dear, that sounds awful. I've not hear of these little critters and am a bit scared to click on the link to see them.

I have never had the pleasure ... thank goodness.

and your flypaper post made me laugh and cry.
I still get the shivers thinking about it.

They sure look familiar, but I honestly have never heard of them before. Now I'm off to read the post you warned us not too. I've heard of fly strips though, so I'm sure I'll be fine... xoxo ~Lili

OMG...That is just no fun at all. Blech!

What beautiful images! And yes, I know all about stink bugs... once they totally freaked my daughter out -- about 15 of them in her room. Ick.

Blech...blea... I detest bugs. Never seen a stink bug, though.