This nation will remain the land of the free only so long as it is the home of the brave.  ~Elmer Davis

Where liberty dwells, there is my country.  ~Benjamin Franklin 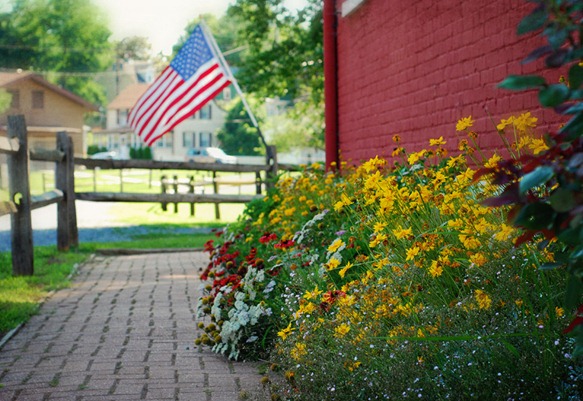 This, then, is the state of the union:  free and restless, growing and full of hope.  So it was in the beginning.  So it shall always be, while God is willing, and we are strong enough to keep the faith.  ~Lyndon B. Johnson

You have to love a nation that celebrates its independence every July 4, not with a parade of guns, tanks, and soldiers who file by the White House in a show of strength and muscle, but with family picnics where kids throw Frisbees, the potato salad gets iffy, and the flies die from happiness.  You may think you have overeaten, but it is patriotism.  ~Erma Bombeck

Wishing you a Happy Independence Day!

Happy 4th! Your picture above is so pretty. Have a wonderful day!

Fantastic quotes for a fantastic celebration.

Happy 4th to you! I've been an inconsistent blogger and blog reader so haven't been here in a while to say hello. To make up for lost time, I hope you have an amazing holiday, and thank you for the quotes today. Fun!

Awesome capture and I LOVE your quotes!

Hope you have a WONDERFUL Day!

Right back at you!

That last quote is so perfect (and fitting with your photo). I've never heard it before but I truly agree with you. Sometimes, from growing up here, I take that freedom for granted and I hope that today I'll remind myself what it truly means to be free. Thanks Kate!

...Same back atcha my friend!

erma bombeck was such a gem...happy red white and blue to you ..

Oh, mhow fortunate we aee to live in a free country, andmay it always be free! I pray it will!

happy 4th to you, too! love the photo! xoxo

I hope you had a lovely 4th of july weekend with your family and friends!

Beautiful Kate.
I love all the flowers just as they are. Stunning.

Hope you had a wonderful 4th! Love the Bombeck quote.
(I couldn't get the video in the previous post to work either)