I still don’t have a lot to say other than if you’re in the States, I hope you’ve all had a good 4th of July. But even more than that, I hope you aren’t suffering in the heat without power. The weather is frightening sometimes and I know that many people in this country are still waiting for relief.

It was quiet here at the old manor house on the hill but I wanted to pop in this evening and share a few photos with you. 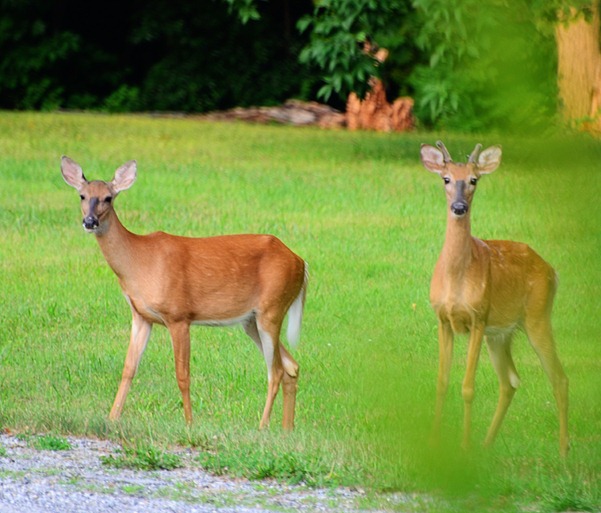 A doe and a spike buck who have been visiting our yard in the evenings.

A spike buck is a young male deer in his first antler bearing season. 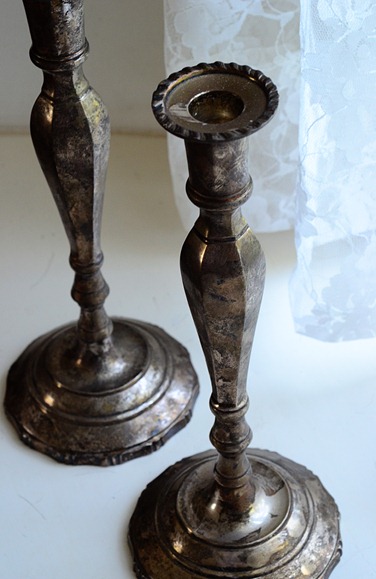 While in Baltimore on Saturday, we went into a hoity-toity furniture store where I found these heavy silver candlesticks on a sale table. They were marked down to $8 apiece. I’ll show you what they look like after I get them polished up. 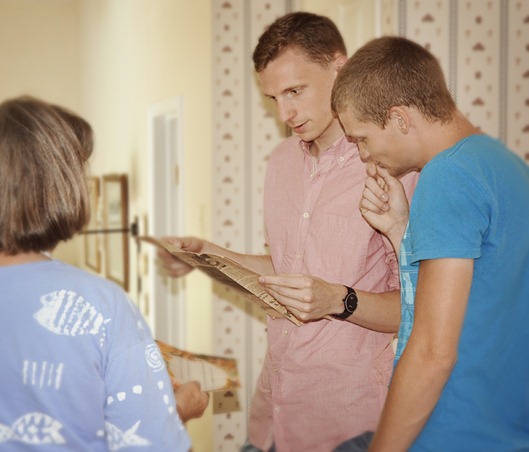 I took this one at my in-laws home where the family was gathered to celebrate their 60th wedding anniversary. My sons are reading a newspaper that their grandparents had saved from the day they were married, dated June 28, 1952. There was a heat wave going on in England that day - 82 degrees. Very sweet that they saved the newspaper. 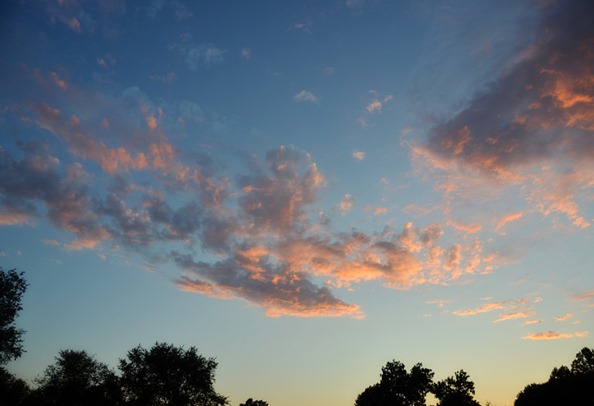 Found this on the camera disk just now and was really surprised because my husband has never used the D7000. Luckily, it was set to P mode.

And now a few Instagram shots from this week so far. I love Instagram lately because I don’t have to say much. 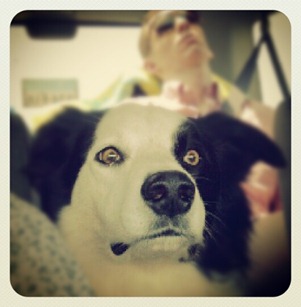 George in the car on the way to the 60th anniversary party. 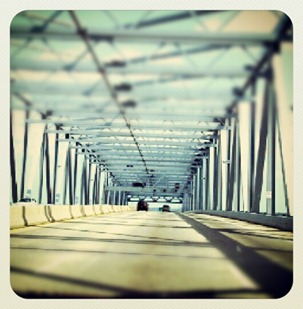 Heading over the Betsy Ross Bridge into New Jersey. 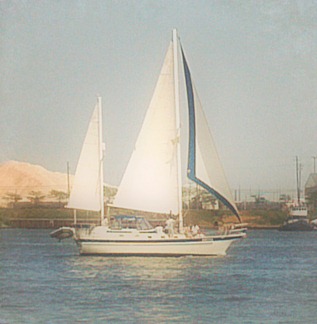 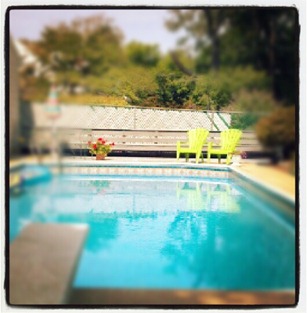 Yesterday at my friend Nancy’s pool. 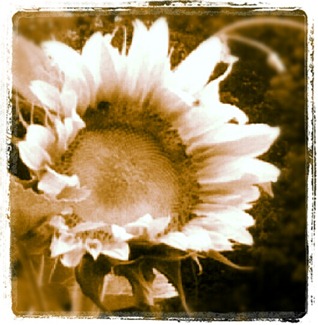 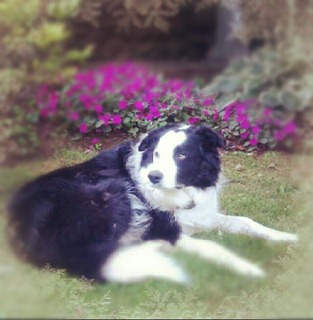 George by the shade garden.

I hope he’s not worrying about the fireworks to come tonight.

I can hear some early birds going off already.

Happy 4th of July to you too! Love the pics!

Oh the deer are just gorgeous. You're lucky to have such sweet visitors. I hope you had a great day.

i am also struggling with words......but loved looking at all the beauty you've been surrounded by lately....xo

I still love my visits here .

I love the deer. They are so finely built and almost look fragile..So beautiful.

Am dreaming of that UK heatwave at the moment as I watch the rain trickling down the window. The weather man said yesterday that we can expect this rain for the rest of July....marvellous!

I love your pictures, particularly the deer. I'm rarely out early enough to see them but, in the snow in winter, I can see where they've been over the moor.

Have a great weekend,

Lovely shots Kate!! Hope George made it thru the fireworks OK!!

Attagirl is right there with George about not liking fireworks.

He's such a cutie.... Hope he found a table or bed to hide under!

Neither Jack nor Rose seemed to notice the fireworks booms .. we stayed in and watched the Macys fireworks on TV remembering when they had more barges on the Hudson and standing on our roof we could see fireworks shot off the barge anchored at 79th St .. now they only have 4 barges and the one furthest uptown is at 50something street .. oh well ..

Well, you know I'm a sucker for wildlife. That's a gorgeous shot of the deer! I didn't know there was a name for a young male sporting his first set of horns. We have one of those in the field behind our home, too. It looks like you had the perfect weekend.

Love the instagrams! I am slightly addicted to it myself. And that shot of George with one of the boys in the background is amazing!!!

Could you send some of your good weather over here please - we desperately need some dry sunny weather!

Sounds like a full weekend, love the deer shot and pic of George.

Lovely photographs and I must say that pool looks most inviting.

we went to bed at 8:30pm....after an early dinner with my parents and my son....we were exhausted....smiles

Happy 4th of July (belatedly) to you and your readers Kate!!
♥
BB

Just a low key 4th of July here for us :) Just the way I like it. I find myself using Instagram a lot more than my SLR camera lately...not sure why?

So cool that they saved that paper!!

The heat is just gross, isn't it? We (knock on wood) have power. We've had a run of over 100 degrees days like I can't remember having before. Just icky.

I had a quiet holiday too...and it turned out to be very relaxing and fun...something like Instagram:)

I would love to have saved the newspaper from the day of our marriage! That's a good idea! And I would have never thought of it.

So glad you are getting out to fun things...and to POOLS! YUM!

Love the pictures, esp. the pool which looks so inviting.

Headed to Avon, NC, tomorrow. Not too far from Ocracoke, which I may try and visit too.

Stay cool and enjoy the weekend.

Love these photos. The one of the deer is like a painting. I hope you offer a print of it.

Sending best wishes for a cooler and happy weekend ahead. I'm in my summer office – the garden, recliner and laptop. :)

Oh that pic of George in the car needs a good caption. That is so adorable! Fireworks always scared our dog too, really bad. xo ~Lili