For such is the kingdom of heaven

Sorry for my long absence, my friends. I have a lot going on right now but I wanted to stop by and share some photos that I hope don’t seem too depressing.

Last weekend, I went to scout out a location for a photo shoot I will be doing this weekend for a former colleague who is being ordained. It’s being held at her church, which happens to be one of the oldest in the county where I live. It was built in 1742 and the parish was created in 1706.

I saw some very old photographs taken of the church in its early years in a display case in the little vestry house which led me to my editing choice for the images I’m sharing today. I used Old Skool (HD) by Totally Rad Actions, giving an old-time wet plate effect that emulates the look of 19th century photographic processes. 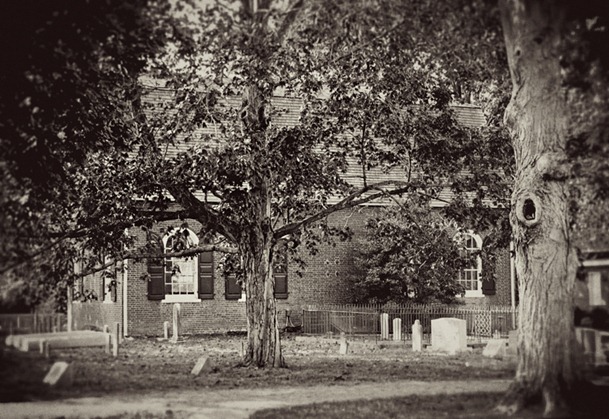 I love the trees on the property. 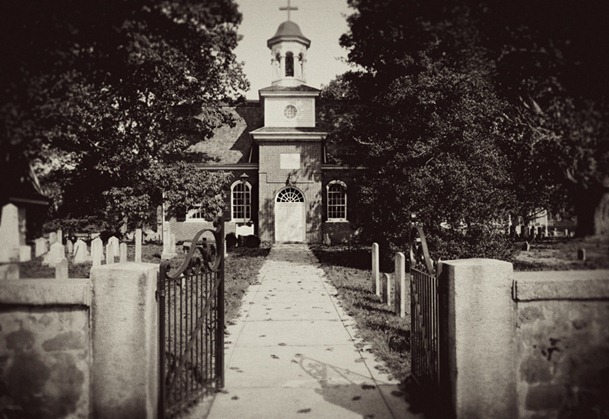 And I could feel the history of the place as I walked among the grave-strewn lawn. 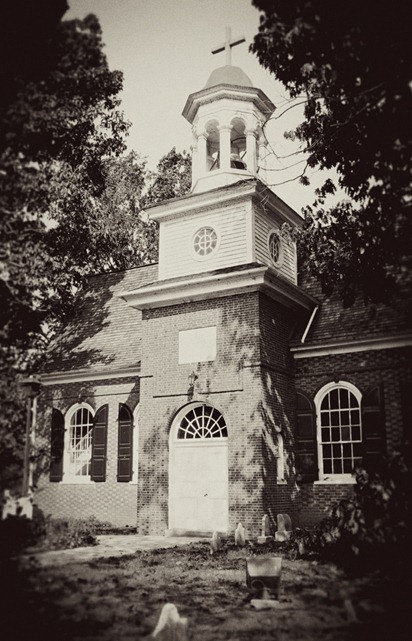 (There are gravestones everywhere.) 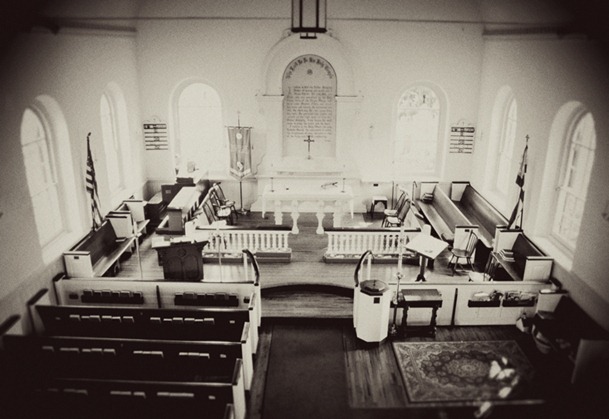 The church, although very tiny, actually holds 150 people. This will be one of my vantage points during Saturday’s ceremony. 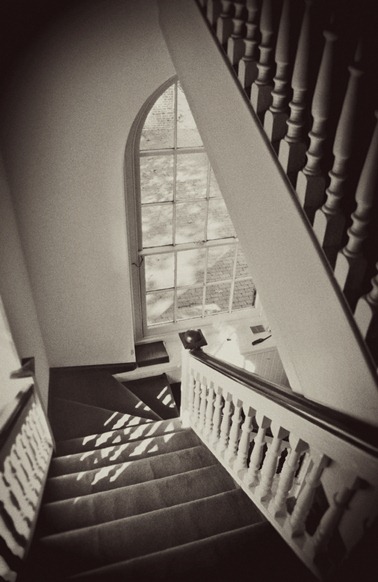 The windows are incredible with their wavy glass edges.

But what really got to me were some of the gravestones. 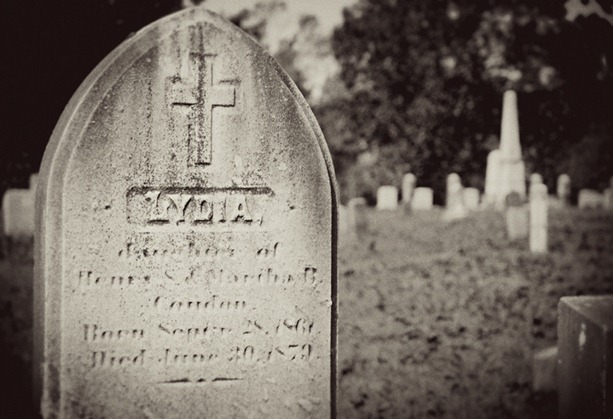 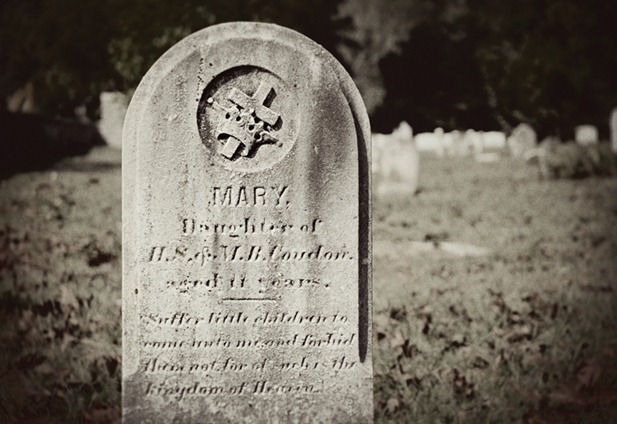 Suffer little children, and forbid them not, for of such is the kingdom of heaven.

The entire quote is not here. Perhaps it couldn’t fit on the tiny tombstone. It should read:

14 But Jesus said, “Suffer little children, and forbid them not, to come unto me: for of such is the kingdom of heaven”.

(which means to let the little children come to Him, and not hinder them in doing so because the kingdom of God belongs to them as much as anyone). 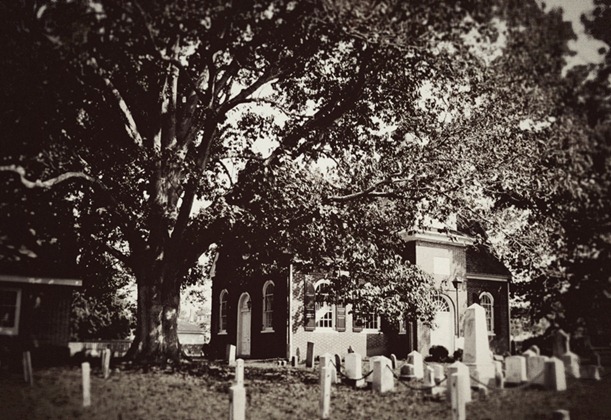 There are two giant oak trees on the property and they are called Big Red and Little Red. Above is Little Red, which sits off to the side between the church and the vestry house. 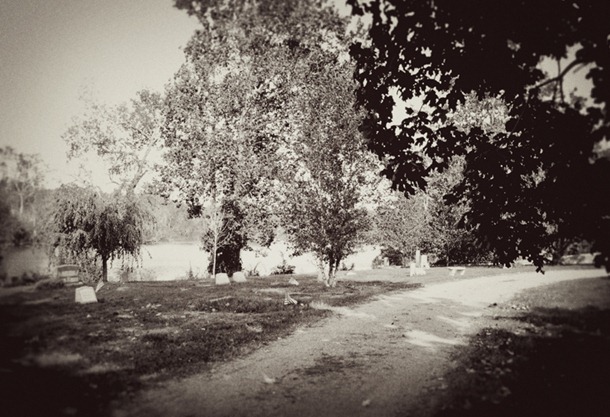 And behind lies a small road around the property which is located at the edge of the river. Such a beautiful, yet tiny piece of hallowed ground. And such a peaceful feeling as I walked and took photos on a sterling September morning.

I’m headed to bed at an early hour because I am just so tired. It won’t always be this way, and that is something I’m telling myself to help me through this phase right now. Some day maybe I’ll tell you all about it but for now, I’ll simply say goodnight. And I hope your week is a beautiful one.

Thanks for stopping by today. Until later, my friends ~

ooh, these images are hauntingly beautiful. Thinking of you, my friend...

..and what a really cool application!

You and yours are in my thoughts, Kate. Be gentle with yourself

I really love this post, Kate! The older buildings/tombstones tell so much history, and the church interior is beautiful! Also, you have quoted one of my favorite scripture passages.

Hugs to you, Kate.

sending love Kate.
and a peace that passes understanding

A beautiful series. I see your heart in your work.

Wonderful photos, they remind me of Colonial Williamsburg.

What is the saying...Keep Calm and Carry on.

What beautiful images, and such a lovely church! History is everywhere in places like this. Cemeteries aren't depressing ... they are places of memories, where families rest together forever.

Sending you a hug. Sleep tight.

Thinking of you Kate...and so sorry that you are going through a stressful, tiring time. Going to bed early is always a good idea:)

This setting is beautiful... and I love the processing you used. Definitely gives these photos some old timey feeling. I enjoy walking through old cemetarys even if some of the tales they tell are sad...

Hugs to you my friend!

This too shall pass, Kate.
THinking of you.

Fantastic photos ! What a beautiful church ! Sorry to hear you are having a stressful time . I do hope all gets better for you ! Hope you have a good nights sleep !

This church and the scattered graves are very much like the churches near us in Fincastle, VA. Just lovely places to visit and take in the history of those times and draw on the strength that the families had. Life is hard, but it is also beautiful. ((hugs))

What a lovely, peaceful place. Cemeteries have always been one of my favorite places, though I know that may sound odd.

You did such a great job processing these, they really do look old!

I believe our bodies demand rest when we need it most...take this time for yourself. Peace and blessings, Kate :)

Sorry your days are so long and burdensome right now. Your images are beautiful, and the church reminds me very much of the church that my daughter and my sister and her family attend.

....traveling these rough roads are tiring. sleep is required. i do know that the road does smooth, one way or another. hang in there sweet kate.
bv

Your photos are perfect your photo shoot! She's a lucky gal to have your talent.
Time will cure all ... be kind to yourself ... hugs.
xo

What a lovely place. I'm just weird in that I can spend hours in an old cemetery reading all the epitaphs. There is an old cemetery on the edge of town in Old Washington, AR . It's an eerie place with huge, sprawling trees and I swear I can FEEL the melancholy there. Really, it's palpable.
Thinking of you in whatever you are dealing with. Life is hard right now! I think there is something unseen going on in the heavenlies--I'm a little weird that way too! lol

Beautiful photos. The sense of history is so beautiful. Kind thoughts to you ...

What a magnificent way to present your beautiful images!

Take good care of yourself,
thinking of you,
Merisi

I have always felt good in old graveyards, they have a beautiful peace and people in the past seemed to understand the human need for trees and grass and nature amongst the stones. My partner who is Catalan doesn't feel comfortable in them, he is amazed by the British habit of sometimes having picnics outside ancient churches, sitting amongst the stones. But then the cemetaries here are so different, regimented rows of cement pigeon-holes where people are interred. Those are not places to stop and listen to the birds.
Beautiful photos, beautiful words. I send you lots of love at a difficult time and as you say, this too will pass. Thinking of you and seeing feathers all around me and remembering Hope. Kate X

Kate, hugs to you. These shots are gorgeous and I love how you've applied the editing. Perfect for the age of the church.

I absolutely love old churches and graveyards. We have so many round here and I love traipsing through them and reading the headstones.

simply stunning, Kate. I skimmed the post at first b/c I was late getting my child to school and thought you were just sharing the pics from the past... then I realized they were yours!!! Great job and creating such a wonderful sense of history and nostalgia!

and I think that no matter what one's faith... there is a certain peace that comes at such an established/old church and in the presence of all the souls that have gone before....

may God wrap His arms of peace around you as you go through this phase of life that you are walking through....

Not depressing at all! I love old graveyards & churches. Take care of you. We'll be here when you get back.

Kate, hope you get to feeling better very soon and that all rights itself in this ol world.

Beautiful images and editing. I visit your blog often and I really like your work. Sending good thoughts your way!

Churches in the East are so Old.. Here in Iowa not so old. This church has so much history and beauty.. I love old churches. I think my favorite old church is in Liberty, Ohio in Delaware County. I did a geneology of my family ~ went to Ohio for a visit and found lots of my family buried here next to the church. Wonderful pictures and great job taking them. ta ta for now from Iowa:)

I adore old churches and old graveyards! Those are some beautiful shots!

I love the pictures and the subject. I just wish things weren't so difficult right now. No, things won't always be this way, for no matter what the case---each second can always bring enormous changes. Such is life.
I have always loved that scripure!
Hugs with prayers, Kate!

I particularly love that shot down the stairs. Beautiful.

I think of you and your husband every day. x

I'm sorry it's such a difficult time, Kate. How I wish we could somehow help you through it all.

Best of luck this week-end! Hopefully it will be something good to occupy your mind for a short time.

Wonderful shots! There are several old churches near my office and I've often visited. Great places to photograph! Hope you had a wonderful sleep and a great shoot ahead!

these are all so beautiful
they have soul
they are dear

listen to Dianne, she's a fabulous broad who knows what she's talking about .. xoxoxo

I have enjoyed your photographs of the dog and the hummingbirds. These of the church and its grounds are beautiful. I too like taking pictures of churches.

I am holding you close. Much love, L.

The pictures are so beautiful. I grew up going to a little country church with a cemetary to the north. The church is still there and is listed on the Historical Society. So your photos are very dear to me. Thanks.
Wish I knew all about taking photos like you do.

I just love going through an old cemetaries and reading the headstones. It seems kind of peaceful. I love the b/w effects.

Hey, Kate. Re: your last paragraph, I know what you mean. Glad you are taking care of yourself. It's the only way. xo

So glad you posted these beautiful shots you captured of the cemetery. They do convey a feeling of peacefulness that can be found there. xoxo ~Lili