I may be posting from time to time over the next couple of days as we hunker down in the path of this hurricane. We’ve been feeling the effects of Hurricane Sandy since yesterday morning when the wind picked up and it began to rain. It rained steadily through the night and continues to do so. If you don’t hear from me, it’s because we’ve lost power. The governor of Maryland has told us to stay inside our homes for the next 36 to 48 hours. Here on the hill, things are ok so far but the worst will come late today and into tonight as this unusually large hurricane turns from a tropical storm into a nor’easter.

We’ve been losing satellite every now and then and the pump in the basement has been going on fairly regularly. But other than that and the constant coverage on the tv, it has been quiet in this old house. These walls are thick. And I love this place. 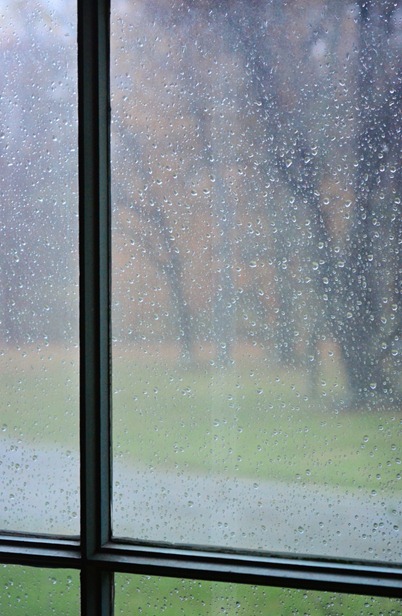 Looking out the living room window when I woke up this morning. I slept til 8:45 because it was darker than normal. I still have my pj’s on and it’s nearly 11 am. Gah! 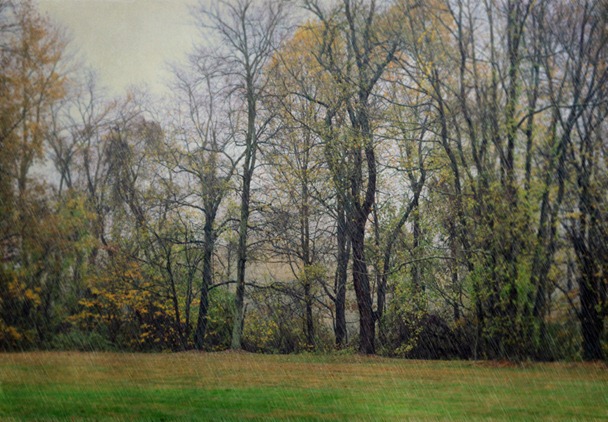 Taken from the front porch as the rain came down. 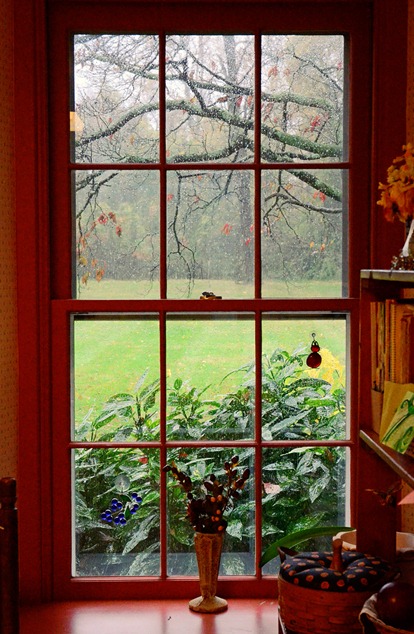 I shot this out of the kitchen window just now as I was frying bacon on the stove. Our son called from NYC to tell us that the architecture firm where he works is closed for at least today because the transit system is shut down in the city. I heard on the news that the NY Stock Exchange has shut down as well. It’s the first time since Hurricane Gloria in 1985 that the Stock Exchange has closed due to a weather-related incident.

I took the photos below yesterday before it really started raining. 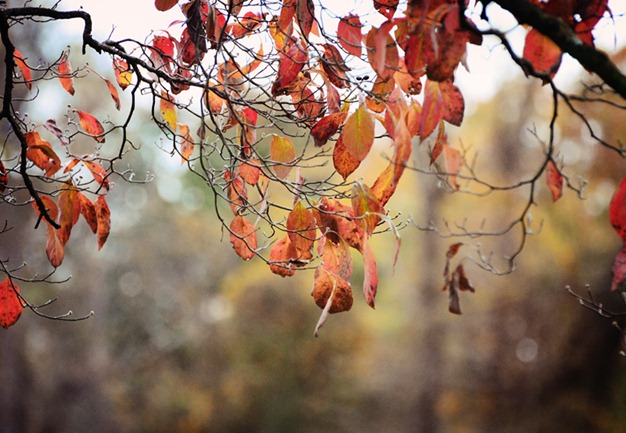 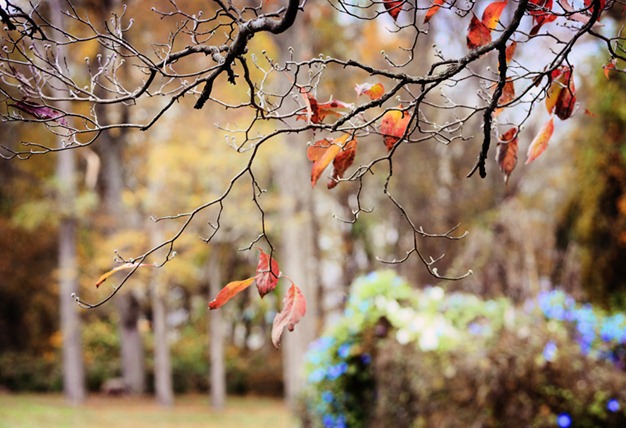 For dinner last night, I roasted a chicken and some vegetables and the whole house smelled glorious. Today, I’ll make chicken salad and probably an apple pie while we still have power. We have several gallon jugs full of frozen water in the freezer and will use them to keep the freezer and frig cool when we lose power. And I fully expect for this to happen although it will be a pleasant surprise if we keep power. 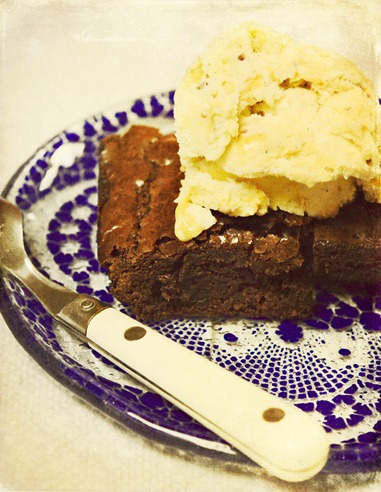 And I made brownies for dessert. 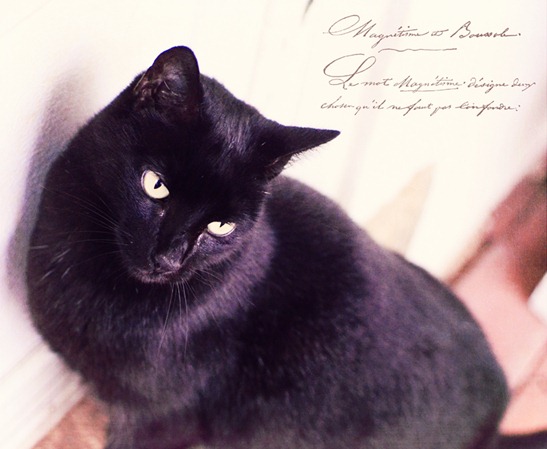 I took this sweet shot of Miss Blackie at the back door yesterday. We’d been outside moving things in, and she began her usual begging at the door to be let in. Then you let her in and she wants out again. She likes this game.

To those of you who live along the coast in the path of this storm, I wish you well. Keep safe, my friends.

I’ll check in from time to time, as long as I can ~

my thoughts are with you and everyone else on the east coast who is being threatened by sandy....

i'm so glad you slept in and are still in your jammies....you deserve a lazy morning/day break !!!

Good to hear from you. Checking in..yes please.

Sending prayers to keep you warm and safe. May the storm pass gently by your home.

Take care, I'll be thinking of you.

It's good to be hunkered down in a storm. Stay safe!

LOVE the photo out the kitchen window.

Everything looks so wonderful and cozy in the house on the hill! It's raining here and the wind is really picking up. I hope your family is OK down the shore. I'll be thinking about you today. Stay safe. xoxo

great shots ... and pass the dessert ... i would take pix out the window but well lets hope Sandy washes them for me .. xo

I was going to say that the shot through the kitchen window was my favorite, but then I saw Miss Blackie.

But, the lady's favorite picture is the kitchen window.

Only you could make hurricane shots look beautiful! Glad things are still good up your way. The winds are really picking up down here and we've had almost 4 inches of rain already! Stay safe!

Stay safe! We here in the Southwest are praying and thinking of everyone in the way of the storm.

It is good to hear from you! Stay safe!

Yay for sleeping in! Such a sweet picture of Miss Blackie! I'd brave the weather for one of those delicious brownies!

Beautiful photo through that kitchen window. And that brownie.. yum!

Thinking and praying for all of you in the path of this storm.

Your photography is stunning, Kate. I LOVE that first one of raindrops on the window. Thank you for sharing your beauty.

Keep on hunkerin' and stay safe!

Our friends in another part of town just lost their power, but we still have ours; the police sirens are going as I type this. The wind is bad enough that it's rattling the windows hard enough to make my father wonder if they're gonna blow out...I'm just trying not to think about that.

You take the best pictures.. I love Blackie,,,animals know when storms are coming and they take cover. THis morning the news showed Ocean City, Maryland and I could only remember all the memories I have of being there when I was a small child..over 60 years ago.. Stay warm and if you have any solar lights that one lines their sidewalks with ~ they make great lights to bring inside when the electricity goes off..
ta ta for now from Iowa:)

Glad you are hunkering down. Love your pictures. Stay safe!
Steph

Sometimes hunkering down is just good.
I love the color of the wood on the kitchen window........and the brownie, well, I shouldn't, but I would.
Yes, be safe, and dry and ok.
And let us know.

HOPING you do not lose power, my dear! Your food pictures and explanations of food to come (chicken salad, my favorite!) made me hungry...and Miss Blackie looks so comfortable. I love the view out your window.
We're up near West Va. with our son and his family for the trick or treating time, and they cancelled school today---not because of any weather, but because winds are supposed to get high sometime TONIGHT! Crazy!!
Be safe, Kate!

Lovely photos ! I made home made chili in my crock pot and the smell wafting through the house is awesome . Your roast chicken dinner sounds YUMMY ! We have had rain since Fri and are now hunkering down as well as the storm Sandy hits us in Southwestern Ontario hard tonight ! Stay safe you guys .

Thinking of you I checked in to see how you are. We are watching the news but still it is all local and nothing about the storm. Keep safe and warm. Those brownies look lovely - do they have wheat in them? I am having yet another try at stopping the old grain and so I drool at the sight of cakes.

Stay safe and warm!
The wind from this storm sure is something...
I LOVE the shot out your kitchen window.
Beautiful and warm.

Hope Sandy "hurries" past :)
The wind is picking up here - and it's snowing.

Oh my gosh, now I need some brownies ala mode! Your place is so beautiful, inside and out. Blackie is such a sweetie too. xo

Oops...meant to type "Miss" Blackie, but must have been distracted by those brownies! xo

The photo out your kitchen window looks like a lovely painting. It looks like you're well-prepared and will be nice and cozy in your sturdy house. I hope your power stays on, take care!