The opposite of Wordless Wednesday

I have been sitting here, in my favorite seat in the living room, for nearly two hours now. During that time, I created the collage you see below, and began this post about six different times, deleting all of them.

I’ve also played with George who brought out nearly all of his toys from the toy box tonight, wanting to play fetch in the living room. So we played ‘find the toy’ with him. Basically, you tell him which toy to get (most of them are named) and he brings it. He’s really quite good at it.

Then we toss the found toy to him several times as he performs feats of jumping craziness on the couch we don’t use. Oh, I know we shouldn’t let him jump on the furniture, but this piece is on its way out anyway and it does make an excellent trampoline. 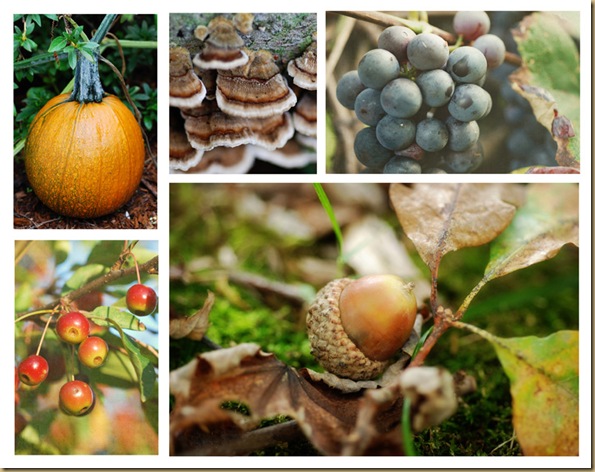 I’m practicing the collages lately, from a tutorial sent to me by a blogging friend and one I found on Pioneer Woman’s Photography tab. [link] 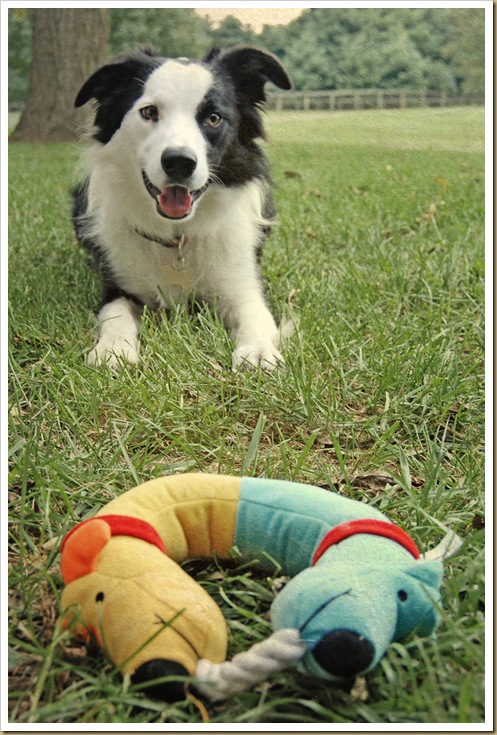 This is the only toy that isn’t named (what do you name a two-headed doggie circle toy?) I took this photo last September, when the toy was brand new. It’s a bit rattier now and is missing the rope but now it makes a great tugging toy.

My husband told me a joke today. I thought it was real and laughed out loud when I realized it was really a joke. (This is rare for him).

HIM: “I saw on the news today that a laboratory out in California was raising medical marijuana.”

ME: “Yeah.” (wondering where he’s going with this)

HIM: “Well, there was a huge flock of birds, terns they were, and they landed in the garden of the lab.”

HIM: “Yes. And then they started eating the plants and they ate all of them!”

HIM: “Yeah. But there was no tern left un-stoned.”

I was blank. Then I smiled. Then I saw he had a newspaper in his hand and was reading from the funny pages. And then I laughed really loud. Mostly because he rarely tells a joke and it just made it all the more funny.

That says Autumn so beautifully! You have an amazing eye for color and layout. I laughed out loud at your husbands joke after it took me a second to see where he was headed. Funny one. Jeanne

Thank you for sharing th ejoke with us!! My husband tries his best to tell a joke but.......he seems to mess them up and I go ahead and laugh anyway! Ain't love grand?

HA! Love the joke, and the collage is wonderful!

How about Loopy? A name that seems to tie in with the shape. That George is such a spoiled boy....
Ms Soup

Love George's toy - the "push me - pull me" toy. I was so happy that when we dog sat our neighbor's dog, he fell hook, line and sinker for some of Maxie's unused toys. She had one favorite that sits with her ashes that I won't part with, but the rest were of no interest to her.

I loved the joke. I'll have fun sharing it this weekend when I go south for the wedding.

I'm also going to work to tru to learn to do the mosaics. Those are so neat... and can tell such a story.

Thanks for the link. I'll check out and see if it is plain enough for me to learn how to do it.

Nice of you to laugh heartily at your husband's joke.. I'm sure he'll return the favour one day. After all, one good tern deserves another. ;)

Photos are beautiful as always. :)

I am so going to tell that joke to several people!....Love that mosaic too:)

Wonderful mosaic! I love the fall feel and the acorns!

That collage sets the mood for autumn perfectly! Now I'm ready for Polarfleece and hot chocolate, even though it was nearly 90 here today. Bah.

These colors are so warm and even gentle. Love the mosaic. And how fun my dog Storm would have with your George.
The toys name: what about 'hugdog'?

The weather has seemed like fall for the last week. The mosaic is adding to the ambiance! Love the photo, love George, and love the husband's joke. My hubs tells 'punny' jokes, too...but, I am the one that can't tell/remember a joke...so, I just enjoy them!

your "guys' are having fun with their games and a joke...another nice mosaic

Your collages are wonderful and that joke is hysterical! Glad he was feeling humorous!

What a fabulous Autumn collage! Fantastic! And of course, I'm gaga over George..he is so handsome!

I had to read the joke twice...I'm a little slow sometimes :) FUNNY!

George is so good to not chew up his toys. Ralphy's would only last about 30 minutes before they were completely shredded. :P

I really like the photos you selected for your collage...very nice combination, beautiful images...I was really drawn to the acorn.

George is not only cute, but oh so clever too!

Love the collage, what are the darling berries? .......then there was the guy painting the backs of all the boats.......leaving no stern untoned. :)

I get the biggest kick out of your dog - he has such an expressive face. What a character!

Wonderful collage, captures the essence of Fall precisely. The joke was great. Laughter and art, what could be better?

And what's wrong with pull toy as a name?

that collage has totally prepared me for fall....thanks for adding some beauty to my morning !

and your dog is sooooo smart....get him on the ellen show FAST !

Okay. That joke? One of the best ever. And George's toy? Dog-Dog. And that collage? Glorious!

I love the fall feel of the collage! And that joke is hilarious!

Beautiful collage, I love your dog. He is such a clever and handsome dog.
have a nice day

I wonder if the collage is too complicated for one such as I? Hmm, will have to look into it, sure is lovely the collage you put together!! It really says Autumn!! I was thinking that toy of George's was very clean and very together..and must not be a well loved toy but if it was brand new then that explains things! No dog toy lasts here..I've tried but they either get destroyed the first day or two or right now they are peed on a million times by the three "lion cubs" hahahaha...ahhhh dogs...ya gotta love em'..

Your collage is beautiful. Your husband's joke is very funny,and George is magnificent. What more could you ask for.

that was funny, I'm gonna have to retell that one.
So smart knowing the names of each toy, that seems like a lot of words to learn, curious to know how many?

It's always good to giggle. (Tho I seem to recall a different source for giggles...of course I'm talking about YEARS ago...college...oops, better go now before I totally incriminate myself;-)!

Your Fall collage is just beautiful! I'm a summer girl, but I certainly appreciate the beauty that comes with cooler weather:)

I love the Fall collage, so beautiful.

I love the collage - it truly is just beautiful!