A pumpkin pie with a secret layer

Pumpkin pie has never been my favorite dessert. As a child I remember choosing pecan over pumpkin at Thanksgiving, and I’m not even a real fan of pecan pie. (Apologies to pecan lovers out there. And especially to my sister Charlotte.)

It wasn’t until I got my first apartment and bought a cookbook called “The Country Cookbook” and made this recipe that I absolutely fell in love with pumpkin pie.

You see, this recipe has a layer of caramelized apples underneath and the combination of the sweet apples and the spicy pumpkin was my ticket to Thanksgiving dessert-bliss. 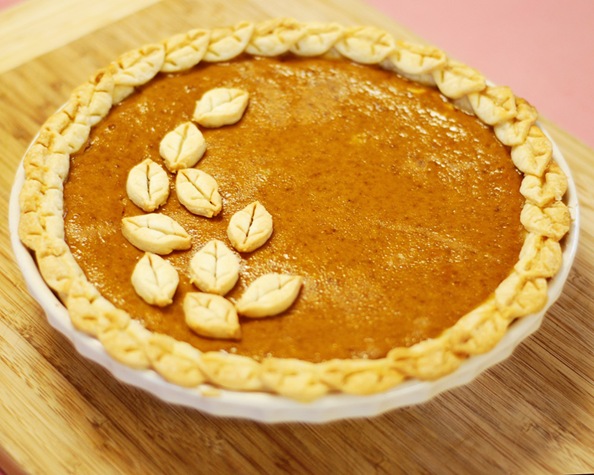 This is the one dish I make every year, and have been doing so since the age of 21. For those in the know, that’s ever so much more than twenty (name that play, movie, book). And for the past ten years or so, I’ve added the ring of pie crust leaves which although is very time-consuming, adds some panache. 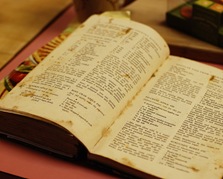 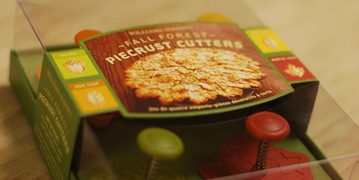 This year, I purchased new leaf cutters from Williams Sonoma. The cutters I’d been using had also been purchased from the same company and were metal, but I always had to add the ‘veins’ by hand using a thin knife. It’s always special showing you the pink countertops, isn’t it?

I was hoping that these leaf cutters would be just what I was looking for, but sadly they were not and I can’t recommend them. The plastic doesn’t cut nearly as well as the metal and the only leaf that gave me no trouble was the elm, so I went with that for the entire pie. 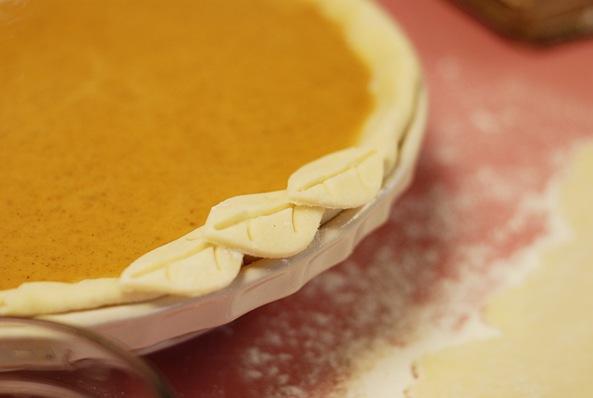 To apply the leaves, I dipped my finger into milk and gently put it on the edge of the pie crust, then laid the leaf down. I’ve got the first three done here.

Here’s the recipe for this unique and delicious pie and if you make it, you will understand the true meaning of pumpkin pie bliss. Enjoy.

(For leaves on top of pie, bake several leaves separately on small sheet of aluminum foil. Watch them because they’ll only take about 5 minutes or so, depending on thickness. Place on pie after removing from oven, pressing gently in place.)

That sounds so yummy I will absolutly have to try it. I love pumpkin pie,but yours is very intersting with the apples.
~~ Love Hugs and Good Thoughts~~

Sounds like a sliver of heaven on a plate, especially those caramelized apples.

I've got you down as bringing three of these to the next Blog Fest, just so you know.

Great idea with the apples....I can imagine that would be a wonderful addition to the pumpkin...sorry about the leaf cutters...Hate it when that happens. Have a great week and happy eating!!! xoxo~Kathy @ Sweet Up-North Mornings...

Throw in a scoop of vanilla ice cream and I'm there.

I still love those countertops. And the hunter wallpaper.

What a beautiful pie. I love those little leaves. I can almost taste your pumpkin pie. Your photos are great too.

I'm not a big fan of pumpkin pie, either, but I think I might love this. And, hey, I have one of those same pie pans.

Thanks for the recipe. I bought those cutters, too. I haven't used them yet, but hope they work. ;-( I didn't want to cut criss-crosses in my acorns from last year's model.
Thanks again!
Donna

I do love pumpkin pie, but I can't imagine combining it with apples! Although, my aunt did sometimes put coconut in her pies, which I thought tasted wonderful!

i LOVE pumpkin pie...cannot imagine this combo...will be forced to try it now! Beautiful images as always

I wish I liked pumpkin but I just don't. But I do love a pecan pie.

that crust is just gorgeous

Wow...that is one pretty pie!

That sounds utterly wonderful, and I love the leaves. What a great touch. (*makes a mental note*)

————————–
Around the Island Photography giveaway on The Big Piece of Cake. Enter today!

Like you, «Louis» has always opted for pecan over pumpkin - but this recette may well convert him...

Never ever had I have pumkinpie. so I might try this one to dive into.

I used to not like pumpkin pie either but I had tons of pumpkin to use up this year and I made chocolate pumpkin pie. yum. I also don't really enjoy regular pecan pie but RITZ pecan pie like mom likes is my faaavorite. your pie is very pretty!

Thank you so much for this recipe. I was having trouble deciding if I wanted to make an apple or a pumpkin pie for Christmas and now I can make both! Can't wait to try it!

Oh my I am going to have to try this recipe! I love those little cutters!

And when you told me about making the leaves, I had no idea what the heck you meant .. now I do! DOH and GAH

Oh yum. It sounds wonderful. :) I'm a big pumpkin pie fan (I bake my pumpkins to make the filling), but this looks like a great alternative!

Recently a friend told me that she substitutes eggnog for the evaporated milk with the pumpkin. I'm thinking that sounds really good, too.

Yum, looks good. I will have to try your recipe.

I was thinking Pride & Prejudice but I think Daryl is right with Peter Pan.

Apples at the bottom of Pumpkin pie? BRILLIANT! And very pretty crust.

I don't dare try it for fear I'd love it too much. It looks and sounds scrumptious! And I'm also thinking Peter Pan.

OMG!!That looks delicious! I will definitely be trying this one.

Mmmmmm...that does sound good. I AM a lover of pumpkin pie. So much so that I once asked my Mom to make me pumpkin pie instead of a birthday cake one year. AND, I asked her to make one for my guests and one for me alone. *grin*

I just found your blog through 'Alphabet Soup' and really enjoyed reading through it today ! I live in East Africa and, as an African, have never eaten pumpkin pie ever as it is not something you can really get here - unless you make it yourself - which is what I'll maybe do sometime, just to say I've tried it !
Bye for now
Lynda, Kilimanjaro, Tanzania

Oh my, that sounds so good!! And so very pretty!!! For those in the know, this must be a favorite at your gatherings!

Oh my gosh that pie looks so yummy! Now how can I convience you to make and deliver one to California?! lol!

Just happened to be blog-surfing by. The pie looks so good. I want another round of Thanksgiving.

What a fabulous looking pie! I love the accent leaves. Thanks for sharing :)