Truth or Fiction Answers (and a winner)

Congratulations to Rachel Lynn, who correctly guessed that answer #4 in yesterday’s Truth or Fiction game was not true. The Weaver of Grass also guessed correctly, but Rachel beat her to it.

I’ve updated yesterday’s post to include the answers and am shocked that some of you think what you do about me. Am I really that outrageous? 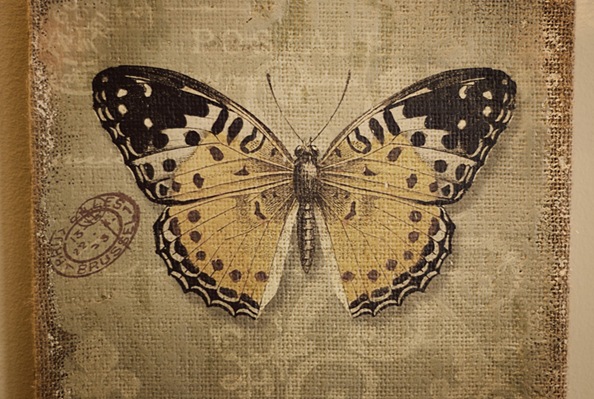 I’ve seen this meme going around the blogosphere and thought I’d give it a go. This is a list of ten things about myself, one of which is false. A prize to the first person who gets it.

If you’ve been reading this blog for any length of time, this should be easy. Those that thought they knew me know me in real life, don’t give away the answer, ok?

1. My television debut was at the age of six.

TRUE. I was in the peanut gallery of the Howdy Doody Show and was asked to stand up and sing ‘Mary Had a Little Lamb’. I was struck dumb with stage fright, so the microphone moved on, allowing my best friend, Paula Lackner to shine. It was great.

2. I once had a conversation on the phone with Robert Duvall.

TRUE. It was a very short conversation, but for what it's worth: I worked at a private high school in Middleburg, VA and one day a girl got sick and after we called the ambulance, I called the mother. I knew she worked for Mr. Duvall, but I never thought HE would answer the phone. I could tell it was him as soon as he said hello and asked who I was speaking to (Bob Duvall). He went to get the girl's mother after I told him what had happened. And that's that.

3. At the age of 20, my boyfriend and I seriously considered hiking the Appalachian Trail.

TRUE. What? You’re surprised? (And he’s my husband now).

4. I sang Bruce Springsteen’s ‘Fever’ at a karaoke bar one night to loud applause.

FALSE. I almost did. I was in a karaoke bar where some of my friends were singing, but I couldn’t do it. A couple more drinks, and the answer may have been different.

5. My favorite cocktail is Yukon Jack and fresh grapefruit juice on the rocks.

TRUE. Oh, so true. I even wrote a post about it [link]. Not that I condone drinking, mind you.

6. I once participated in a food fight with nuns.

TRUE. Same high school as mentioned above. I’d never met anyone like this group of sisters. Things were different in Virginia, I guessed. At the end of the school year, a celebration was held on the front lawn of the convent and the faculty were all in attendance as well as the board of directors. Crabs were served and I’d never seen so many. Everything was excellent.

At the end of the evening, with just about 25 of us left, one of the nuns picked up some food and threw it at the athletic director. Just for fun. He threw it back and before you knew it, it was an all-out food fight. It was insane but a huge amount of fun, because throwing food is really bad and nuns were doing it.

TRUE. As comfortable as I am in jeans and a sweater, I love getting dressed up and going out. I don’t do it that often so it’s sort of special.

TRUE. We all want to be something when we grow up.

9. The first car I bought for myself was a Fiat Sport Coupe.

TRUE. My parents helped me buy my previous car, but I bought this one myself, from my future brother-in-law. It was always breaking down, but I had a boyfriend who kept it on the road.

TRUE. Just hand me the matches.

I’ll put the answers up tomorrow. Until then, my friends . . .

Shoot, I feel like I should know this. I will guess #8.

I'll take a stab at it and say #6, fighting with the nuns.

i should know this too... but dunno for sure :) I love the butterfly at the top so pretty... am guessing number 6

#5 just because my ESP said the answer was somewhere around the middle of that list.

I'm guess No. 9, because it is the least outrageous of all of them. Somehow I see you as an outrageous girl.

Wow, what a list. With even 9 of them true you're quite a gutzy girl. It is hard to take one of them out but I am going for #5. Can't wait to find out your answer. Jeanne

Well, I'd say 6 too, even tho it's already taken..if Robert D. is true, please tell us the details!

I think you only 'dreamt' you had a conversation with Robert Duval.
But I don't think you can build a fire, either.
Ha!

number 7 is my guess.

I have no idea! But if you really did have a conversation on the phone with Robert Duvall...you need to write a post about it!

Sandy aka Doris the Great said...

I'm thinking #1. Just because I think that's what it is. Of course, you're gonna tell me the correct answer this weekend and I'm gonna feel all kinds of stupid, for GOD'S sake read between the lines kind of gal!! But that's alright, mama, you'll fill in the answers when you get here! xoabb

You are quite something, whichever one is "false."

I don't think I've been reading long enough to make a decent guess here but I'm so impressed with all of those things you have done- and only ONE is false??? AMAZING...I really hope the conversation with Robert Duvall was not false, would LOVE to hear about that (again) since I missed it the first time around...if I was guessing I'd assume it was number 7. Just because I don't get the impression you go out a lot...you are a home body and curling up with a good book and a cup of tea and your beautiful dog seem more fitting too you then dressing you up and taking you out...though I think that is also fully possible...can't waitn't wait to read the answer!!

Wow , only one of these is false??? You are one interesting lady!! I'm guessing no. 5 is false.

#9 is false, because no one gets that cool of a car the first time around. *grins*

i have no idea...but strangely #5 sounds delicious to me right now...and it is Early!! fun meme Kate...happy weekend to you

My complete and total guess is #2.

Oh, Kate, I have no clue but thought I'd comment and say how funny it is that you've posted this. The other day, I was in the shower and a similar idea came to my mind....long forgotten until you posted this. Isn't that funny?!

Can't wait to see your answer tomorrow - this is quite an interesting life full :)

#5 .. and pick me up earlier so we can get there before the weather gets wonky

I am almost positive you did not get into a food fight with nuns. Just a hunch.

I have to quess number two

I'm new here so am pretty clueless but I sure do like your banner!

Well, I think #4 is the only one not guessed, so I'm going with that one.

I think maybe number 4 - but then again - oh really I don't know which one to choose. They all sound like you, Kate!

Heading out the door from work. Have a great weekend. I'll have to read the answers in a week.

Will be in a class all week.

Well number 6 is my guess. If you had a smack down with some nuns I want to hear about it.

I'm going for #6 and like Egghead before me if I am wrong I want to know more. I never knew any nuns who would engage in a food fight. Unless it was the fight to get us to eat our meals at boarding school..:-))
Ms Soup

Writing to you after the non-snow event on the west side of Houston, I am going to guess #5. I have never read where you had anything to tickle your palate except for a wonderful glass of wine!

Have a great weekend with your two guys and your glass of wine! Jeanne

I go for number seven, the others are just whacky enough to be true.

Loved these tidbits about you! Thanks for sharing.
Brenda

Huh....I'm so impressed...with your singing alone in the car I guess I thought you'd jump at Karaoke..but I completely understand the needing a few more drinks for that one...hehehehe...was very nice to "get to know" you a little more! :-) Congrats to the winner!!

I know this is about you but can I sidetrack it and ask about the picture of the Painted Lady butterfly. I think it looks fascinating.

Well, I was in the peanut gallery of the Howdy Doody Show at the age of 5 and I'm every so much older than you. Was Howdy Doody even around when you were six? I was asked to go to the front and wave at the camera, but I was not asked to sing—#1 is false?

so great to get to know you more. smiling at the last one.

HA HA HA my second guess would have been number 4 LOL congratulations to the winner :) and what a fun time you have had!

I'm pretty sure I heard you singing "Fever" last night. Or was that me?

Didn't Robert Duvall used to own a restaurant in Middleburg? We stayed at the Grey Ghost B&B once, and ate at "his" place!! It was within walking distance.

Hope your girl time made you feel better....sorry things have been so tough lately:( ((hugs))

Gosh Kate, I miss everything!!!! I can't keep up with your posts, darn it. Interesting things about you though. I wouldn't have gotten the answer correct anyway. Those were great questions.

Thanks all!
Scriptor, the butterfly is painted on canvas and I took it at a shop in a nearby town. I'm planning on going back and buying it. There is a pair of them and I have just the place for them . . .