A tale of two macro lenses

I mentioned yesterday that I hosted a shoot-out in my backyard between the Nikkor AF-micro 60mm 2.8 macro lens and the AF-micro Nikkor 105mml 2.8 macro lens. What I failed to mention was that although I hosted it, I was also the lone participant. Unless you want to count George, who was no help at all, and kept trying to get me to play frisbee with him.

After smashing the glass in my 60mm macro lens a few weeks ago, I’ve been most fortunate to suddenly have the use of two different macro lenses. One was shipped to me by a friend who told me to use it while I waited for mine to be repaired. She happened to have the exact same lens as I did, so it was perfect. And then just yesterday, a co-worker showed me the lens he’d purchased after reading the reviews on the B&H Photo website. It’s the 105mm macro. 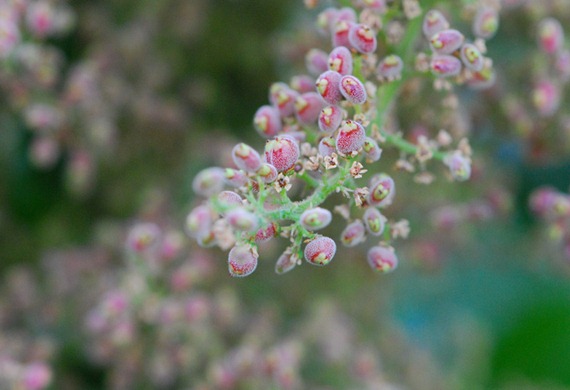 Please let me state for the record that not only am I not a professional photographer, I don’t even know the terminology to use to do a review on a product. My plan was a simple one: to take several different photos at the same angle and in the same light, using each of the lenses. In actuality, this is rather difficult to do.

The 105mm allows you to be much further away from the subject, whereas when you use the 60mm, you have to get much closer and I had trouble lining myself up. I hand-hold more than half of my macro shots, and for the others, I end up using my little Joby gorillapod. The use of a tripod really does make a difference in macro photography. The 105mm lens is extremely heavy and I found it much more difficult to take hand-held shots. Oh, but when they work, they really work. The autofocus glides smoothly and quietly, zoning in to the focal point, and the images are crisp and clear.

I like shallow depth of field, too. But that’s just me. 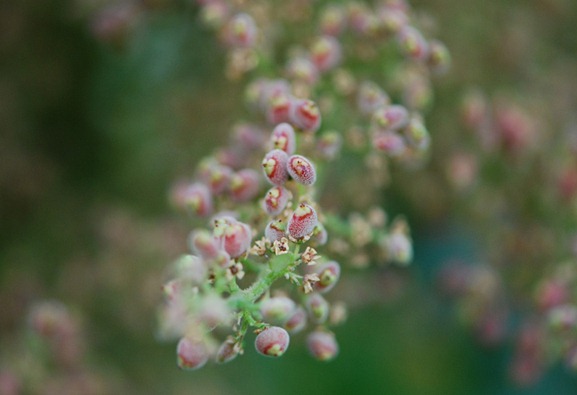 Unfortunately, when I went out again tonight to further pursue the shoot-out, my camera battery died after having only taken about 6 photos, two of which are on this post.

I’ve got the use of the 105mm until Tuesday when I return it. So I’ll keep you posted. But so far, I’m loving it. I also think that the end result is pretty much the same with each lens. But I need to make sure . . .

Anyone else out there use the 60mm or the 105mm Nikon macro lens?

And yes, that's a new header. You're not seeing things.

it just depends what you want it for - if you want the option of the handheld all the time, i say the 60mm. having owned both now - i like them both for different reasons. the 100mm was good for when i didn't want to macro and needed a bit of length so it was versatile in that way. the macro is just easier to handle close up - the problem is that you don't gain anything in length really over your 50mm.

Kate:
I enlisted the expertise of my retired, professional photographer husband for part of this answer...
First - I used to steal, I mean borrow, his 105mm macro lens any time I could get my hands on it, when I still used a film camera. It was my absolute favorite lens. I told him what happened to your 60mm, and he said he wished I told him about it as soon as you broke it. He doesn't trust "repaired" lenses - especially macro. You'll really need to assess it when it comes back. His suggestion is for you to look at prices on digital lenses on eBay, where you might find great deals on brand new, that aren't as expensive as retail. I don't want to take up more "open" space, but if you would like more of his insight, just send me an email and I'll pass on any of your questions. The photos you posted today are beautiful. I showed them to him and he said, "Those were taken with the 105. I can tell from across the room." That's my hubby...Mr. Always Right. lol
xoxo
Donna

I agree with Char. My Neighbor lent me his 100mm macro and it's heavier than my 60mm...but I liked that I could be farther away (which is nice for taking pics of my dogs). I do prefer the 60mm though.

And love the new header!

I'm lucky if I can pry the plain old vanilla digital camera out of my husband's hands! I'd love to get a 35 mm digital camera, but I'm sure I'd have even a harder time getting that one away from him.

You may not be a professional photographer, but your photos stand up to any taken by one. It's the eye!

I really want a macro lens, too, and am leaning towards the 105mm, because it will fill out my focal lengths more than the 60mm would and be more versatile.

I cannot comment on the camera discussion, but you who have the eye for a shot are truly blessed.

Hey, Kate, love the new header. You are twice blessed to be able to take awesome pictures and live in an awesome house! Thrice blessed, to have a wonderful hubby. Thrice + 1 blessed, to have George. Need I say more!
I'll stop there!

I don't have a single focus macro lens...my 18-200 is labeled "macro" - and I do love it. It is heavy like you said about the 105. I do love the zoom and the shallow depth of field it gives me. I was using my 30 mm to take some shots of the kids going to school this am, and got some really nice close ups of my flowers, not macro though.

Love the new header, looks like an old English manor...
I have a 60mm Nikkor, the old kind with no auto focus. I love it, someday I want an auto focus version though.

You make me want to learn a lot more!

I love your header. I just made one last night also. Took forever.
and I have to say Im not a pro either and am a canon girl but have a 60mm and a 100mm. I use a tripod all the time with the macros as there is no IS at all.
I have tired the samething you have done here also. Depending on what light I have I do love my 100mm and inside my 60mm in natural light .
I love your macros. Stunning.

I think my header could be smaller but will have to do for now. I like the size of yours.

Ok CG, I hope I don't fire up yer burners too badly, but I have the old (really old!) 55 macro (1.8F-ish) and the old 200 micro (F4). Can you tell already that I might not be of any help at all for this discussion? but I'm going to take the risk here and offer my opinion that the 105 is just not different enough from the 60. Seriously. I think a standard lens (55-60) is important for the arsenal but if you really want to blow some macro shots out of the usual ballpark, please try a 200. Also meant for mainly tripod use, but oh, the results....mind blowing. Focuses from 19 1/2 inches. Insects, pollen & stamens never looked soooo good and you like shallow depth of field so oooh lah lah :>]]

Dang, just now popped over to B&H and it's one very pricey baby these days. double dang. Mine's old, not autofocus but still works great on a newer Nikon body on manual settings...

Saw-wee...didn't mean to be a trouble maker. But heh, that's my truth.

Love your new header and your photos!
You are one of my most favoritest photographers:)

I have the 105mm and I love it. I use it a lot when doing baby shots. And yes, much easier with a tripod.
Love the header....what are your dimensions? I was doing one the other day and could not remember the size.

I am still lusting over AG's 85mm

LOL...I am in the market for a macro lens and this post plus all these comments is NOT helping me to make a decision:) Love all your photos so that is not a help either:)

Dang, if it's not just like a 'low down' battery to lay down and die on you durin' a shoot out!

Your new header is magnificent just like your macro pics. I'm still learn', and have a long, long way to go.

God bless ya and have a terrific day sweetie!!!

I just hate it when the batteries croak out when I'm taking pictures.

I would have found it hard to continue the contest with that beautiful George wanting to play.

Fabulous new header! Have a great long weekend coming up!

Fabulous new header! Have a great long weekend coming up!

I would love to have a marcro lens.. maybe one day. For now, I cheat to get a similar effect. I distance myself from the subject, and then use my 300mm lens.

Beautiful header, beautiful George. I just came upon your blog through a google search. Best wishes in life!

A macro lens is one thing on my wish list. Working with extension tubes with an 18-70mm is a pain. Back in my 35mm days my favorite lens was a 135mm Takamar (sp?) macro. A sweet lens. I would certainly go for a 105mm - being able to work at a bit of a distance is worth even the extra weight, IMO. ATB!
(Presently using a D70 and stock lens).