It was a scorcher here in Maryland today and from what I see, most of the country is suffering with the weather right now. When it gets hot like this, we tend to eat a bit less and it’s always interesting to see what’s going to be served for dinner.


I’m sorry, I just love saying what’s going to be served for dinner.


Tonight, my husband served tuna sandwiches, but these weren’t your everyday, run-of-the-mill tuna sandwiches. They were special. The tuna salad had chunks of cherry tomatoes, celery, onions, cucumbers and pickles and was served on lightly toasted rustic bread with a slice of Swiss cheese and the last of the lettuce from the garden. 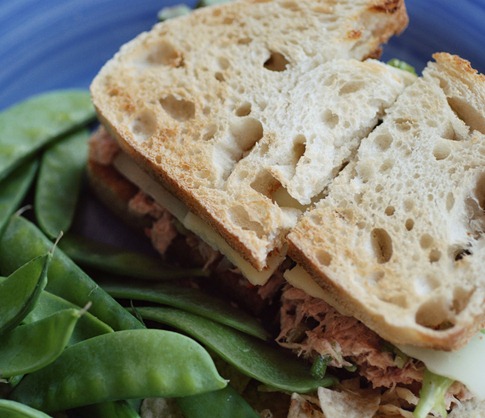 There were snap peas on the side along with a few tortilla chips. It was really tasty and simple.

I’ve been trying to stay away from breads and carbs lately, and I don’t know what possessed me to buy this loaf at the grocery store over the weekend. It’s too darn delicious. Last night, we had it with pasta, and normally I don’t eat bread with pasta but my word, was it ever good. 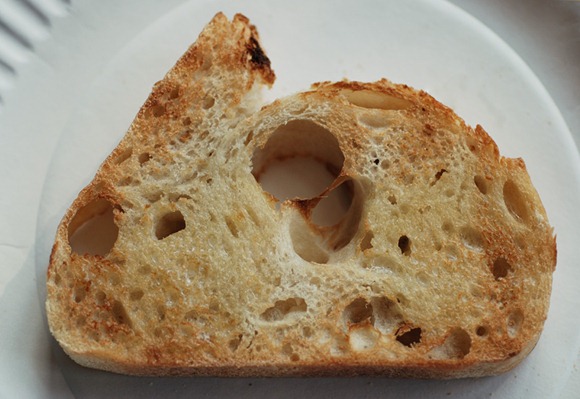 I took a photo of last night’s bread because my husband pointed out that it looked like a rabbit.
A very tasty, buttery, mouth-watering rabbit and ok, I will stop now. But it had been so long since I had bread that I felt a little dizzy from how good it tasted.

And then I had a second slice. As I ate it, I thought to myself that I’ll never get back into my bikini after this. And then I remembered that it’s probably been 35 years since I’ve worn a bikini anyway and damn, this bread sure was good.

Ok. Now I promise I’m going to stop tantalizing you. 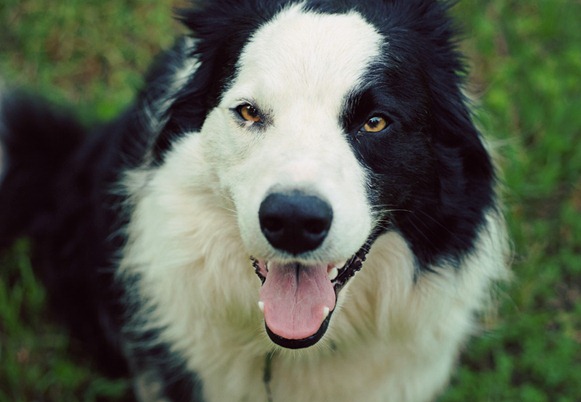 Here’s the skinny from Netflix: Grieving widow Queen Victoria (Oscar nominee Judi Dench) withdraws into sadness for years until plainspoken manservant John Brown (Billy Connolly) disrupts her mourning. But as their friendship grows, it results in personal and political ramifications for both of them. Exquisitely filmed and fueled by sparkling performances, director John Madden's period drama brilliantly portrays the woman behind an empire and the man who helped her live again.

Mrs. Brown is a really good movie.
But by the time you read this, you probably already found that out! :)

YUM!! I'm off to dinner with friends. Hope it is as good as your dinner sounds!

Kate, my favorite thing to put in my queue on Netflix are music, tonight I plan to watch Carpenters: Gold: Greatest Hits, also am on a English History kick, reading Phillipa Gregory "The Red Queen". Really enjoying my summer reading list.

The sandwich looks delicious - like a Salad Nicoise on bread! Enjoy!
(And as far as carbs go, these seem like the healthiest kind, especially if the bread is wholewheat :)).

'Mrs. Brown' does sound like a good movie. I still want to see 'The Young Victoria'. I am intrigued (and comforted) by the fact that this monarch had such a loving marriage.

I posted some more photography on my blog including a few questions about portrait photography. If you are so inclined, I'd love your feedback (but fully understand if you're busy with other things!)

Now I wish I had made tuna sandwiches for dinner, instead of telling my husband to pick up something at Sonic.

Okay, first...man cannot live on bread alone? Ummm, I sure could! Love bread & will never give it up. Second, I adore Judi Dench. Absolutely loved her in Chocolat.

Your dinner looks delish! What kind of bread is that? And it DOES look like a rabbit!

Oh, YUM. I am going to try that version of Tuna.

Bikinis are totally overrated. I gave up years ago.

That sounds like a delicious dinner! And that slice of bread does in fact resemble Peter Cottontail, yum! Would you believe that I have that same movie picked out to watch tonight, but after being in the heat all day I'm not sure I'll be able to stay awake long enough to watch it!

Wow, I rarely eat bread OR watch movies but you've made both of these sound irresistible. Enjoy.

Oh Kate! I am a carb addict.....that bread could have looked like a slug, and I would have devoured it!.....smiles.

Wow--that sandwich tasted--I mean--SOUNDS like it tasted awesome! I wonder what it would feel like to ask my husband what he's serving for dinner tonight? Something to ponder--for the rest of my life-because it won't happen.

Your husband was right--you had bunny bread! Isn't it funny how when we try to avoid certain foods, how wonderful they taste? Bread IS the staff of Life, it is said, by people smarter than me! Bikini? Ha! (But I'm glad you wore one once--my husband would have flat died if I had, but I know I would have looked HOT in one...a long, long time ago!);)

You ate the bunny? ;) That sammy look delicious.. yum!

Mrs. Brown is a wonderful movie. Both Dench and Connolly were incredible. I'm sure you'll love it.

we had BLT's for supper tonight!

That bread looks amazing! I bet it was wonderful too!

Oh, Kate !! I was in stitches after reading about your buddy bread and the 35 years between bikini attempts...hahaha. You are so funny at times. Love reading your page each day.

LOL It did look like a rabbit! We had tuna salad a couple of nights ago. Love me my bread!!! Won't be getting into a bikini ever again!!

I wonder if George recognised the bread rabbit. I must say that sandwich sounds wonderul - shall try it. I love bread too and always justify eating a slice by not spreading any butter on it (I love butter too.)

...Your husband should really open up his own diner or somethin' - even his sandwiches are awesome! You go Country Boy! :o)

That's my favorite bread too. My huband is mastering the art of bread baking so of course I have to be the taste-tester! And people wonder why I ride my bicycle so many miles!!!! All for the sake of fresh baked bread....

I. Want. THAT. sandwich.

Luv the picture of George.

We eat tons of bread and I enjoy every bite.

I don't wear bikini's.... But, a few years ago I was possessed by the Spirit of a TART and bought a halter top to wear fishing with my shorts.

Decided to wear it to the lake one day (500 dang acres), so the thing is pretty darn big. So nimrod man comes from across the whole stupid lake to fish right next to us. I haven't worn it since.....

Save that rabbit bread photo. If PW ever has a rabbit photo contest, yours would surely be a finalist!

And I'm inspired to make better meals now. When I don't want to take time to prepare, and my husband is gone, it's a bowl of cereal for me. That sandwich looks so much better.

I love bread but it doesn't love me .
I will have a piece of gluten free bleck for lunch and think of you with envy.

and often, the baked bread i get down the road from us, due to the way it's folded, looks like a bunny...a whole loaf of bunnies....bur our's never have eyes. yours did. you win !

I'm coming over for dinner. That looks soooo good! Hello to George as well, and another movie I might just have to watch. Have you ever watched SHADOWLANDS- C.S. Lewis, a world-renowned writer and professor, leads a passionless life until he meets spirited poet Joy Gresham.

Awww...hello George. I just love simple meals too. Can't wait for my snap peas. We're so behind here, but then it is a lot cooler here (not that I'm complaining about that though!). The movie does sound good. xo ~Lili

Would you like a chicken? We have a couple of chickens I could send your way for George to chase. He'd love that.

I could truly live on bread and wine...but that sandwich sure sounds delicious!

I watched Mrs Brown long ago and remember loving it...Will be watching last nights new "Men of a Certain Age" tonight...I LOVE that show....one of the few that can make me laugh out loud:)

I love that kind of bread, and it really does look like a rabbit. So, how was the movie?

YUM, I not in the least bit hungry right now, but I sure do want to eat one of those sandwiches. I think I'll need to make a grocery run tomorrow!!

Oh man, that sandwich looks GOOD! We sometimes do T-fish with Spanish olives, or with india relish, or with ti y sweet gherkins...

Is your mouth watering yet?

I see the Bunny!