Straight Out of Camera

Over the weekend, I went into my camera’s menu and set it for ‘vivid’ just to add a little spice in my life. I’ve had my camera set on vivid before, but for some reason, maybe as far back as a year ago, I changed it to normal.

I liked what I saw on vivid, and decided to share them with you. Every photo I post on my blog has been edited, partly because I can’t leave much alone, but mostly because I think they look better that way.

However, all the photos in this post are SOOC (straight out of camera) with the optimize image set to vivid mode. 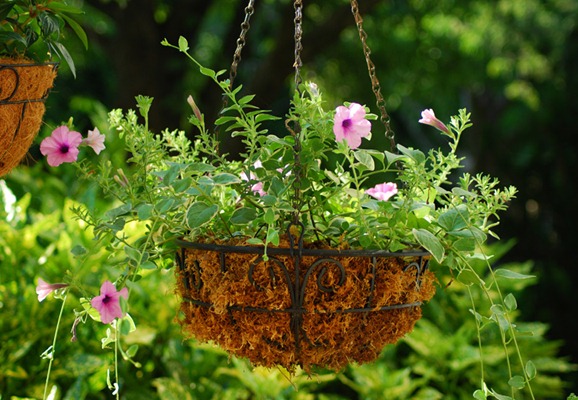 We’ve been trying to find the right spot for these hanging baskets and the little back porch is where they currently reside. 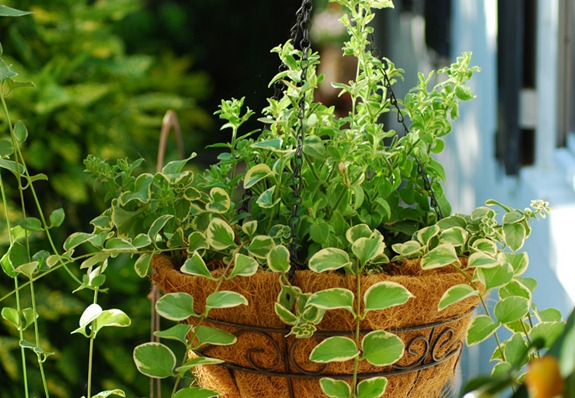 This one used to have plenty of yellow petunia blossoms but for some reason, they stopped. So I pinched them back a little bit to see if that would help. 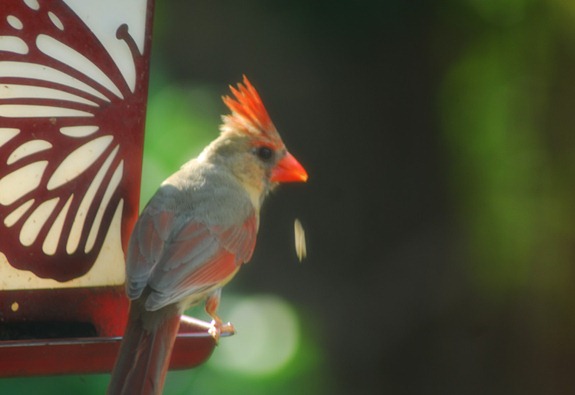 Taken through the kitchen window during dinner last night. This is the only shot in this post that is not SOOC. I used Pioneer Woman’s Lovely and Ethereal on it and then a slight sharpen because it was so lousy.

I so like the little mohawk she’s stylin’, though. 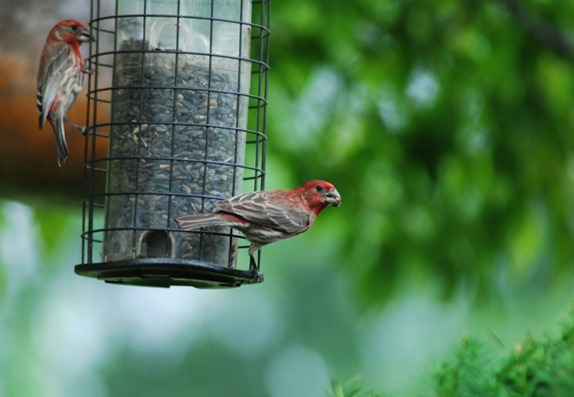 So, if you can, set your camera to vivid and see what happens. 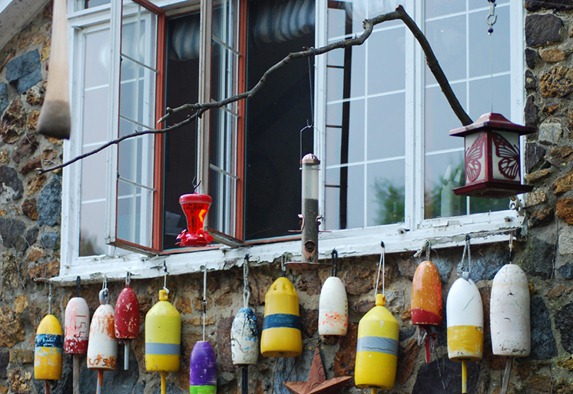 I couldn’t resist sharing this last one of the breakfast nook window where we love to sit. It’s got a wonderful view of all the goings-on at the feeders and it’s great entertainment during meal times.

See that branch there? You may remember the fishing rod my husband had there in the same spot.

Stylin’ in the backyard

The fishing rod was interesting, but the birds seem to prefer the branch. Frankly, I think it looked better when it wasn’t so junky out there. These photos were taken two years ago:

Thanks for coming by today. It’s always good to see you here. Until tomorrow, then . . .

They are vivid... jumping off the page lifelike... Very nicely done.

Gosh, wish my Canon Rebel had a 'vivid' setting! LOVE the photos! And adore the colorful breakfast nook:)

i switch my modes often....vibrant, bright, monochrome {my true love} normal, landscape and a few more i can't think of right now and still, i usually like doing something with the photos afterwords. i often think it's the artist in me, which is what i was long before i called myself a photographer. who knows :)

i love that window....youi know, if i didn't know better, i would think you lived in maine :)

I love photos straight out of the camera....great shots...

Your hubby came up with one great idea....inserting that branch into that flagpole holder!!! It's natural for the birds to approach it and it's perfect for photo taking! Love those baskets too!

We could all use a little vivid in our lives once in a while! And I love your window too, it has character.

I don't think my digital has a "vivid" setting, but in the color options there is a "Happy" setting. I leave it there; seems to make the reds more true-to-life.

I think that last photo shows how much your husband loves Maine. :-)

I am going to have to see if my camera has a vivid setting. Those SOOC shots are awesome!

I think the 'stuff' outside your breakfast nook adds character!

Thanks for stopping by my little blog.
I am just blown away by your photography....
especially the shot of the woodpecker...

Hmm, I've never tried shooting with the "vivid" setting on, I might have to give that a try. And My yellow petunias aren't doing as well as the other varieties for some reason, but they are such a pretty shade of yellow that I don't mind.

...Your hanging baskets are beautiful! :o)

...I love the SOOC shots, just something about awesome photos that haven't been touched that still get to me. :o)

...And I too love the lil' red mohawk the cardinal is sporting - too cute!

Love that Vivid setting you have - I'll have to go check mine out! Thanks for sharing!

I love "Mohawk Finchie!!" Her beak looks so translucent in that shot. Wonder what she had been up to with that hairdo!

Now I see what a great view you have for the bird photos! Beautiful. I don't think I have vivid but I like it!

WOW...these are awesome! And sooc on vivid. Brilliant!

I am wondering what Vivid would be on a canon? I usually set my camera on P- which I have no idea what that is, but it isn´t automatic. When I use automatic I often get flash and I don´t like flash usually.

Loved the colors in your photos, you should shoot vivid more often! And I loved the last photos...can´t recall the point of those booeys outside your window but they sure are colorful and would bring a smile to my face every time I saw them if I were you!! :-))

I heart all these - experiment, experiment,experiment. Everyone should see what their cameras can do!!!

Your lady cardinal has quite the "do"! Great captures!!

Now I too have to go see if I have a vivid setting ...

I still like his lobster trap floats. And think they would be neat displayed on this wrought iron rack.

Instead of chandelier, I'd hang it upside down.

Beautiful colours but don't think I have this facility on my camera.

Experimentation is a very good thing....smiles.

Love the vivid setting! Wish my camera had that! Instead, I must "enhance" on my mac. Thanks again for sharing your talent. We have not had any summer here in Oregon, so getting my bits of sunshine from you and my 60 watt bulb next to my computer!

I LOVE those photos. They are vivid indeed! And I love the mohawk on the bird, and the breakfast nook window.

Thanks for coming by my blog and commenting on my "Love Somebody" post!

I'm now a follower of your blog. I'll be back!!

It's a little like seeing things in High Def! Love this mode, just as long as I don't have to veer off the Auto setting, I'm game. xo ~Lili

I really like your photos here. My fav would have to be the last one.

As for the breakfast nook... just think of it as a reminder of your beloved Maine... :)
xoxo

So cute birds that i'd like to hug them=)