Happiness is not a faraway thing

School began today and the office was all abuzz with teachers, students, and parents. Everything we’ve been working for all summer – the closing of one year, and the beginning of another – has come to fruition.

Some of our families (and teachers) are still without power, which makes me feel even more blessed that the manor house was only out for just over a day.

One of the teachers laughed as she told me this afternoon that I had no right to be this happy at the end of such a busy day. And I wondered, “do I seem THAT happy?” 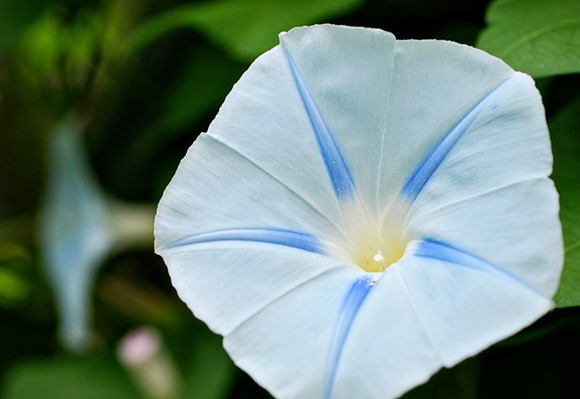 "People always think that happiness is a faraway thing . . . something complicated and hard to get. Yet, what little things can make it up; a place of shelter when it rains - a cup of strong hot coffee when you're blue; for a man, a cigarette for contentment; a book to read when you're alone - just to be with someone you love. Those things make happiness." 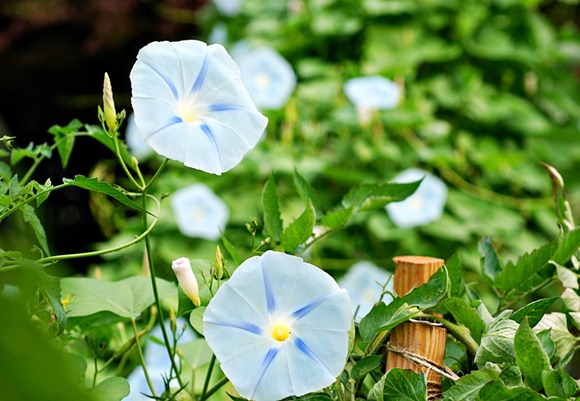 After school, I went to the local Kohl’s and splurged on a new handbag. I needed one and have been putting it off for awhile now. It’s not the most wonderful brand (Relic), and the selection wasn’t as grand as Macy’s (one of my favorite stores) but I’m happy with it. And it was on sale.

It’s the little things that all add up. 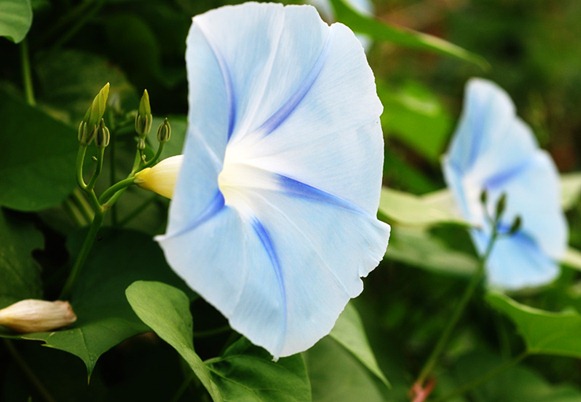 The national news has just come on and the remnants of the hurricane are still being felt with stories that broke my heart listening to them. 3 million people on the east coast are still without power, the map of the Outer Banks in North Carolina has been changed, rivers are raging in New Hampshire and Vermont, leaving people stranded in towns and in New Jersey, 600 boat rescues in Patterson, Manville, and local communities were reported today.

With tears in his eyes, a resident in Manville, NJ simply said, “It’s tough, but life goes on.”

My heart breaks for all of them and I hope that someday soon, they will have the small things that when added up, will cause happiness.

ps – the morning glories are vintage august 2009 and were taken along the fence line of my husband’s garden.

My heart breaks for all those affected by the flood waters post hurricane Irene.

When one person faces adversity, it's a solitary struggle. When many are challenged, they rise to it.

Hopes and prayers for those affected by Irene.

BTW that's one of my favorite quotes from A Tree Grows in Brooklyn. Loved the movie too. I'm going to have to hunt that book down.

Praying everyone recovers quickly from Irene.

Happy to hear your power was only out for a day. My heart goes out to all the victims and their families that have suffered from Irene. Beautiful photos {morning glories?}

so sorry that the weather has been such a trial for so many out your way .. you are able to bring beauty and calm in this lovely post ~ a real gift kate

It is awful up here. The schools cannot open. The roads are all still closed with downed trees and wires. Such a mess. However, we are all okay. And for that I am grateful. And you really are THAT happy. And one more thing, you are absolutely going to torture Daryl with those morning glories;)

morning glories are gorgeous. hope people can rebuild their lives, one day at a time.

i love your happiness and that you share it with us....and to those on the east coast who are still unsettled and cleaning up....my heart goes out to them, too.....xo

Oh Kat, What a lovely post. I think I alluded to "the ordinary stuff" making life pretty good most of the time, the other day. You have just reiterated that thought in such a nice way. I'm sure your happy spirit "rubs off" on those around you. I too hope the people recover quickly from Irene and can find joy and blessings in their everyday life. Mickie :)

hoping everyone is back to normal soon...

your wisdom and kindness heals my hurts.

such a beautiful calm in the color of these morning glories ... truly "joy comes in the morning" ...

love the quote: we all need to print it and refer to it often;

Kohl's makes me happy b/c I can be quasi updated without spending too much money adn I can go Christmas shopping and get stuff for most of the folks on my list.....

my heart does go out to thse so significantly affected.... I can't imagine....

We were fortunate as well. We had power the whole time. Some won't get it til next week the power companies say. Wasn't it beautiful here in Maryland today????

...Isn't that funny how others see us differently than we see ourselves? I know others have often said to me, "gosh, you're always smiling" and I really never knew I was! lol... I know I feel the happiness from you coming off the computer screen. Really. ;o)

We do see ourselves differently, I know. It's good, I think ,that people se you happy--it says a lot for your character.:)

It is sometimes hard to remember that happiness is not far away. In moments like this, when so many people are suffering happiness is probably the last on their minds. I guess because we live in that ego-era, when we expect always to have the best while in fact we can live with so little and be happy for a thing as simple as life.

It is indeed heartbreaking. We have moaned about our rubbish summer here in the UK, but it's absolutely nothing in comparison and puts our rainy summer in perspective. God bless all those people.

Even the Hudson River is confused by all the rising waters .. it usually flows up and then down depending on the tides .. but yesterday it was only going in one direction ... I think it wants to get away from the ocean ...

Here, in NC, we are becoming accustomed to having to "move with the tides" so to speak.....the beach we love just keeps moving on us....smiles.

Yes, I have always suspected that happiness sneaks up on you, sometimes when you least expect it... and it is, indeed, the little things that add up...

The images from Paterson are bad, and the images from Vermont are unbelievable. I, too, hope that the little things will start to add up for those poor people.
xoxo

Here in Vermont the roads are still closed in places. Mud is EVERYWHERE. Power is out in many places. There are towns that are still completely isolated from the world (and food and water) But.. everyone here is upbeat. My husband is planning a trip tomorrow on his 4 Wheeler to help bring supplies to people stranded one town over. If I wasn't almost at my due date I'd be right there with him....

thank you for being one of the calming points at the start of my workday. :)

Prayers for anyone anywhere in the world who is enduring a struggle.

I LOVE that quote. So, perfectly true. I makes me happy. *smile*

That, and watching my loony cat scramble and chase after the new toy The Frenchman brought home last night. Oops! I'm not suppose to tell. He doesn't want anyone knowing how much he loves the girls. *grin*

The morning glories are beautiful... considered a weed by many, but aren't they a happy flower in their glorious beauty as they spill over fences with wild abandon?! I love them.

My heart breaks for everyone who is enduring the aftermath of Irene also. The man in Manville was right - it is hard, but life does go on, and I hope they will find their happiness in the future also.

Side note: I just placed a good sized order at B&H, and of course, I made sure to go thru your blog link first. ;-)

Gorgeous photos of the morning glory. Glad to hear you had little damage from Irene. We were lucky as well. It will take Vermont and other places a long time to recover though. Very sad.

those are pretty, but they are my enemy

me, too. because it really is those small things that make us happiest.

i think sometimes people don't understand that, they think happiness only comes through the big things, and that it should last forever. it's really just a series of tiny moments we get throughout our lives, and if we are smart enough to recognize them, we are content.

love these photos, i haven't had blue morning glories in so long, they always make me smile.

I'm glad you were so happy at the end of the first day, Kate! And a new purse to boot!

I have to say, my husband and I were happy that for once we weren't effected. However, what a shame for all those that were. We've been to some of the places in NH that have washed out roads and it's hard to believe their predicaments. I'd be so devastated if it were our town, or our house. All you can do is pick up and move forward.

Time is on our side. Thank you for sharing and inspiring me that life continues. Absolutely beautiful photos! Such glory!

Your happiness reaches all the way up north and makes me a little happier. You always get so many comments, I rarely comment. But in the afternoons it is nice to see what country girl is up to and see your beautiful inspirational photos.
Gayle from Behind the Gate

Its September 1 today wow, where the heck did the summer go. Better yet where did my childhood go!. Richard

Your morning glories bring a smile of happiness to my face. They are gorgeous and help to temper the bad news from the storm.

Some people have lost so much, and yet they are so strong. They are the true heroes of Irene.

You were even happy when you were here in that miserable heat we had, I have to say you strike me as knowing how to find happiness! Beautiful blue morning glories. xo ~Lili