Ice cream castles in the air

Today was glorious. It was a perfect summer day, complete with soft breezes, sunny skies, and temps that were – dare I say – pleasant.

The little wrens are doing fine. My husband saw them today over by the garden and told me not to worry. It will be interesting to see if they nest in the same place next year and I’m glad I grabbed the photo from yesterday when I did.

Here’s something that happened last week: One of my YouTube videos went a little viral.

Last year, I made a video using some of my pictures and set it to music by Neko Case. When it got up to 7,000 views, I was pretty astounded but attributed it to the fact that I had titled it after the artist and included the name of the song.

When we got home from Maine, I noticed all these YouTube comments from that particular video in my inbox. They were literally pouring in by the hour. The hits on the video kept climbing and when I last checked, it was over 100,000. What happened is this: A TV show called True Blood (which I’ve never seen) used the same Neko Case song at the end of their season finale. Apparently, the scene involved some pretty steamy sex in a forest between two of the main characters. A lot of people who watched it did the same thing that I do when I hear a song I love. I go to YouTube and look it up. And apparently, my video turned into some kind of chat forum for the season finale of True Blood.

From what I’ve read, that is. I’m really not into it. 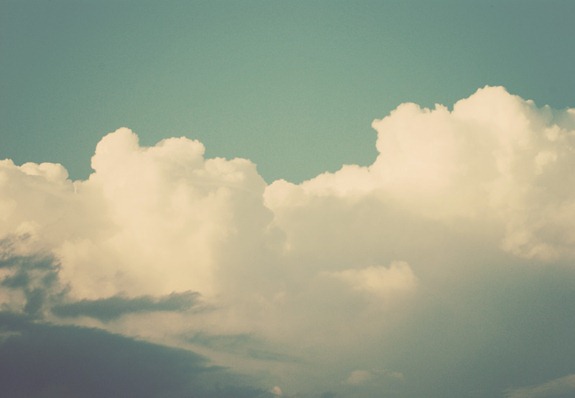 As an aside, I hadn’t viewed this video in awhile and it wasn’t until I told my son Matt who wrote back telling me that if you search’ neko case I wish’ on YouTube, mine is the second video to come up. “And oh,” he added, “do you think I could have a copy of the photo of us when we were little – you know, the one at the end?”

What the hell? There’s a photo of us in there? I had forgotten about this. In any case, here’s the video in case you haven’t seen it. It’s really not all that and a bag of chips, but the music is cool.

Neko Case – I Wish I Was the Moon 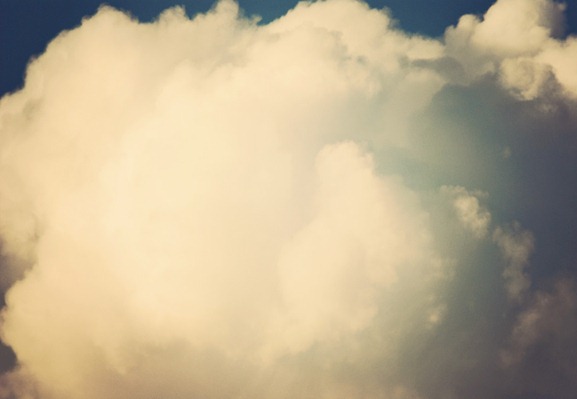 And speaking of cool, I like these cloud photos which were taken by my husband last August. I found them in the photo files. 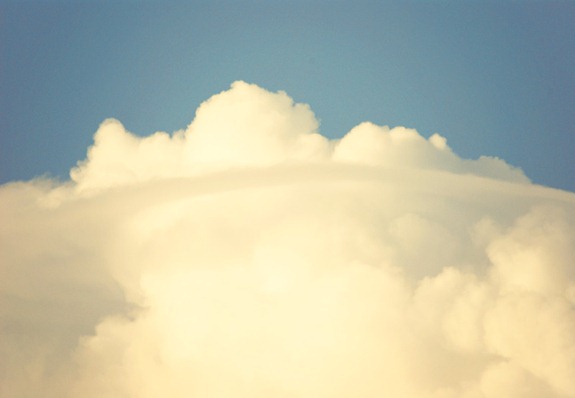 Normally, I’d be in the pool right now, having a cocktail (it’s the weekend, man) and getting some sun but I’m packing to go away for a week.

And when I say the pool, I mean the kiddie pool. I don’t have a real pool. 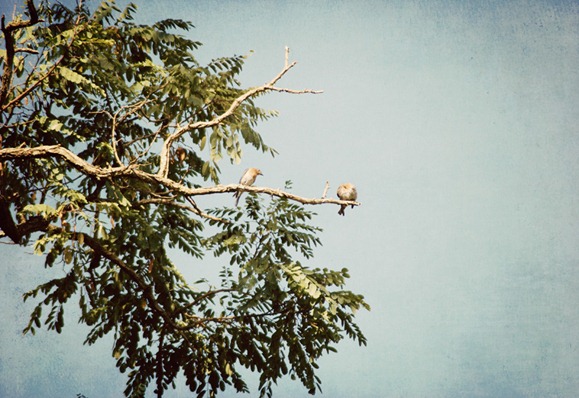 I’ll try to post a couple of times while I’m gone. 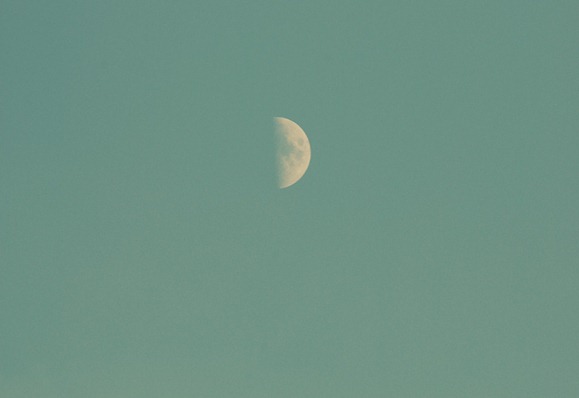 I have one more week of vacation time before the school year starts and this is the last possible week I could take it.

And I’m sure it will be hot. 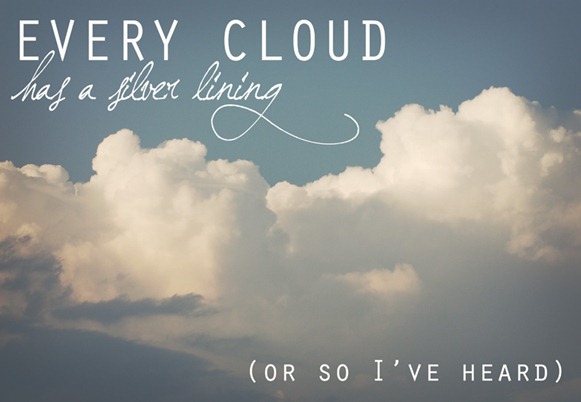 But I’m not even going to think about that.

I hope you have a great trip, and that's funny about your video! I still love that song and I can see why your son wants a copy of that photo at the end...really beautiful!

it wasn't the season finale - just a regular episode - but it was a pretty steamy scene in the woods between a human/fairy hybrid and a HOT vampire. ;)

You are so very cool. Happy travels;)

...Enjoy your trip and be safe!

That video and song are very nice and I actually searched to see what photo your son was talking about... Its such a pretty photo! :) You can't recreate moments like that.

You're also right... the comments with that video related to True Blood are sort of ridiculous....

I love the photos of the clouds today! They're beautiful. I also like your video montage and can't believe how many True Blood comments are on there. I guess as a non-True Blood watcher I'm amazing at how brazen the comments can be.

Enjoy your time in the pool!

i love that you are youtube sensation.....really, i do !

and when you're gone next week, i'll be thinking of you and your friends....xoxo

Add another 'hit' to the video. It's great! Pretty abd very soothing. I love the photo of the three of you. Good work.

I know a 'YouTube' sensation! How cool is that!!! Have a great trip and I hope you are not heading south! If you are, bring your swimsuit and your pool! Be safe!

yay! for you(tube)...but an even bigger yay! for another vacation, woohoo... do you know that song from years ago about the little puffy clouds? I have no idea who did it, but these pictures made me think of it.
have a great trip!

Beautiful photos on the video. I had never heard the song before Sunday night. I am a True Blood fan. It really is a beautiful song. I love the photo of you with your kids.

I liked your youtube video. great pictures. have a good weekend!

I thought I was the only one with a personal kiddie pool! LOL! My kids think I'm a dork.

Have a great vacation.

Never heard of the song or the show but will check out your video when I´m done here. Loved the cloud photos...we had some fun looking clouds the other day, looked almost like a duck waving to us! I guess cloud figures bring out the kids in all of us :-))
Have a great evening and enjoy your last week of vacation!!!

Isn't it great when a "perfect" day comes along. You just never know who or what will happen when you post something on the internet--I'll check the video out when I have a little more time. Have a great week visiting friends. I just got back from San Diego, Laguna Beach (saw the Pageant of the Masters), and Las Vegas--need to recuperate from my vacation now! Mickie :)

I adore your video. I have never seen the show but I have enjoyed the song.

That was a lovely video, I remember watching it before, but I did not realize that was you and your sons in that shot near the end...that is such an awesome photo. Now I: 1) am craving a chocolate chip cookie, 2) want to dig out my knitting, and 3) want a pumpkin with a squiggly top. I hope the weather goes easy on you guys during your upcoming trip. My thoughts are with you Kate on the trip you're making. xoxo ~Lili

PS: Thanks for the update of the wrens...glad to know they are alive and well and living in your yard...love their 'singing'!

Hi Kate,
I loved your youtube video set to that song it really makes you feel "at home" in a sense. The picture of your sons and you is breathtaking what a cherished photo for your son.
I have been a fan of your blog and photos for a while. I dont comment much but I do check on you every day. Have a wonderful holiday Kate.
Kim :)

You are a youtube sensation! The song is beautiful song along with your images.
Stay cool on vacation and enjoy your friends!

I must live under a rock! I never heard of the guy but I've heard of you and I love the photos with the music.

Please for Christ sake help this poor boy from Haiti
I have made a blog at blogger.com Since i have added a google adsense in the blog but haven't made a penny with this. I need your help and support to help me make some money to PAY MY Tuition Fees.

What you have to do is follow these simple steps

Note:Visit my blog from Google.com. Only ONE click is asked and nothing else
I will be very grateful to you.

Ah .. others have explained, it wasnt the season finale. the season has only just begun ... you should watch it, you would like... thanks for the Joni Mitchell earworm, I've had worse .. xo

Very cool - and how fun..that your video went viral. Enjoy your last week of vacation!!

You've got Spam, he hit me before also, but I deleted it.

Cool to hear that it went viral, I am excited for you, and for us!!

We knew you when.

BTW, if you put a credit to the music, then they don't bug you about it? Still trying to figure that out.

Your video is wonderfully done... always enjoy your work, and looks like so do thousands more!

Those clouds make me think of renaissance paintings. Beautiful.

You're going away, again?!? This is what total envy looks like. *sigh* Have fun. Don't worry about me. I'll be fine.

Enjoy the trip and relish every last minute of vacation.

If you keep taking pictures of the sky, you might catch a flying UFO. Im just saying,lol. Richard from Amish Stories.

Such beautiful cloud pictures in this post and also your last one! (And the funny comment from Richard, above, made me giggle!)

Love the cloud photos. I really enjoyed your YouTube video. This gives me an idea to do something like this for my children for Christmas using pictures of them when they were young mixed with other photos. Thanks!
Nancy

oh kate...that video is amazing..i just LOVE and ADMIRE your work so much !!!! it truly is wonderful....

happy to stop by today, my friend

summer has kept me busy and i have not been by as much as i would have liked too...

sending love to you and george
kary and teddy
xx

Loved your video and I'm thinking how cool it is that it went viral, I guess. No, seriously, I think it's great your amazing photography got all that exposure.

Loved the music too. I'll have to check out that group. Our music taste is very similar.