How I processed that photo

I received several comments from readers asking how I processed one of the photos from a recent post. It was the picture of the New York City street scene – the one with the blur.

This is a fake tilt-shift action called Teeny Tiny World and I got it free from the CoffeeShop Blog. If you use Photoshop or PSE, the CoffeeShop is a great place to download some cool actions. An action is a one-click way to edit your photos and zips through lots of little edits to achieve an effect. After the action runs, you may want to use the opacity slider to change the degree to which the action has been applied. 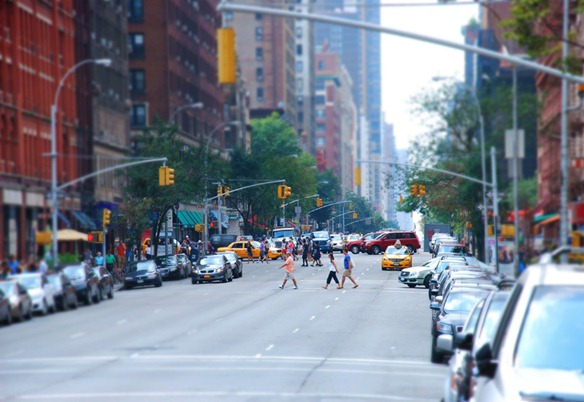 I love using Teeny Tiny World when there are cars and buildings involved. The SOOC (Straight Out of Camera) version was pretty boring, as far as I was concerned. 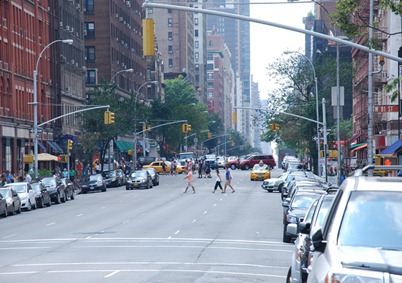 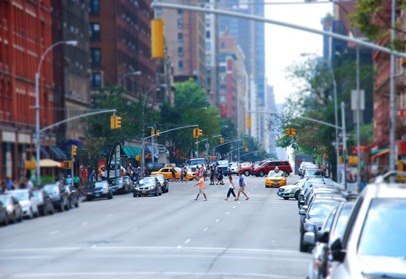 There are two actions included in the download and this one was made using the Custom version which I used in both of the photos below. 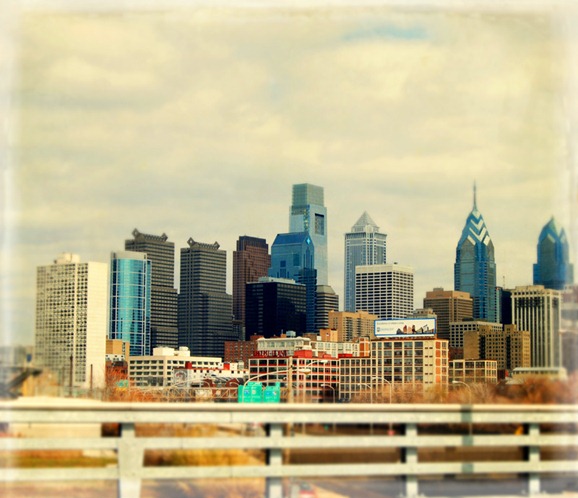 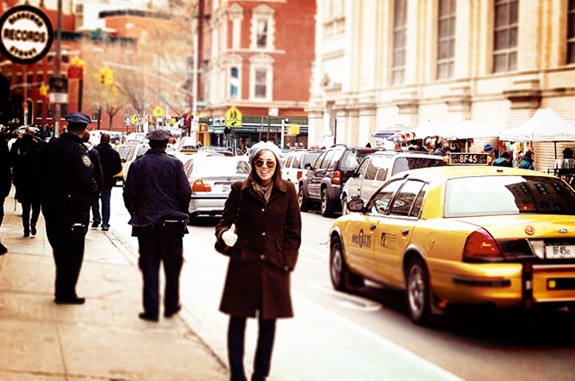 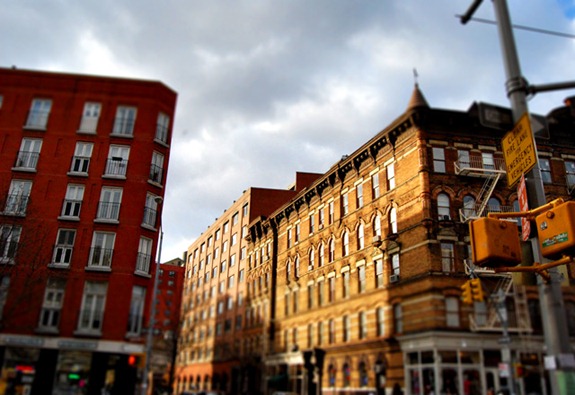 And now to those of you along the eastern seaboard in the path of Hurricane Irene ~ be safe and be smart. This is looking like it’s going to be big.

Dang, I thought I would need to purchase a lens baby or a tilt shift lens to get these kinds of shots! Woohoo, thanks for sharing!

And I hope you stay safe too, we are battening down the hatches!

I love them Kate and need to try it. Thanks. They are just stunning.

I love the first one and it does have that pop to it. !!

Really excited about learning all these things with my new camera!

Praying for all in the path of this storm. Remember: Plan for the worse, and hope for the best!

WOW ! Awesome photos what a neat way to do them ! Have a wonderful eve !

As always, these are great pics! Love that Philly shot!
Gotta check the Teeny Tiny World out ... probably doesn't work with Aperture being my luck!

I am about as illiterate(I hope that's spelled right, I need spell check on comments) with a camera as I am with a computer. I am limited to cropping my photos, other than that, I am totally lost.

What a totally cool look that gives to your images! Oh, and I just heard there is no really good track for that hurricane to take. Be safe! xo ~Lili

I really need some street scenes now. I always forget about that action but it looks so cool.

i love how you process...

and i am praying for the east coast.....thank god they can give days and days of warning before irene decides to play rough.....

Love that action! Instagram has a tilt-shift feature that does the same thing to your iphone photos...fun to use!

We are pulling the boat out of the water tomorrow in prep for the storm but hopefully Irene is supposed to go north of us...will buy my milk and bread just the same:)

hope all is well for the areas waiting on Irene....take care...nice photos...

Great to see the 'before' and 'after' and how you did it. I'll have to check out CoffeeShop. Thanks!

Good morning folks and I'm sure some of you are watching hurricane Irene's movements especially if you live on the east coast. ............. I have a post called "Lancaster on 2 wheels" today on Amish Stories where i tour the Amish country side taking pictures and observations which I've just posted................Enjoy your weekend everyone and i hope your out of Irene's path and safe. Richard from Amish Stories.

Fun stuff .. I just cannot seem to warm up to PS

I know all those folks are on pins and needles.

I love the post-processed version. I might have to find a similar plug-in for GIMP. Thank you for the "behind the scenes" glimpse.

Noting country about this girl. But loving it. And will go there for sure. Couse I have all this fancy stuff at flickr but don't want to edit in PS first then go to another thing and do things over again....grrrr..
So thanks for sharing.
Hugs and hope you had a blessed summer. Trying to catch up with you all. Say hi to your hubby and give George a cuddle.
;-) D.

Love your captures! Thanks for the info.

That's a fun action! I still lust after a lensbaby though...

Stay safe, dear Kate. My husband drove home from Atlantic City at 5 am this morning, and already they were reversing the southbound lanes of the Parkway to accommodate all the northbound traffic... He has a trial down there but it looks like it will be rescheduled thank God...
xoxo

hi kate and george..i have had the weather channel on all day and am thinking about you..

Wondering how you are doing, and if the weather will impact you. God Bless

I’ve just stumbled upon your lovely blog. I look forward to popping by again for some more inspiration! I'm just new into blogging this year & have put together a daily blog on design, fashion, food, travel and anything pretty.
http://scrapbook-melissah.blogspot.com/ and
http://coastal-style.blogspot.com/ for everything chic and coastal

I had a lot of fun putting them together maybe you would like to check them out if you have a spare minute.
x
Melissah