I know, I know, it’s been days since I posted and here it is – Election Night already. Watching the news tonight I saw how difficult it is has been for the people in the storm-ravaged coast to cast their ballot. I feel blessed to have been able to go out and vote and still be home in less than half an hour. I count my blessings every day here.

Speaking of blessings, we do have a really good boy. And this weekend, my son and I took him to the pet wash and gave him a (well-needed) bath in the self-serve stall. I reached for my cell phone to take photos but realized I’d left it in the car. Because he was so good, I bought him a dog yummy for after we got home. 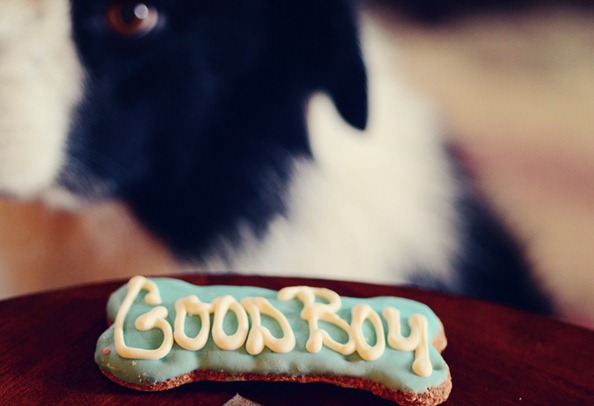 How cute it that?

And he loved it. Ate the whole thing, piece by piece. 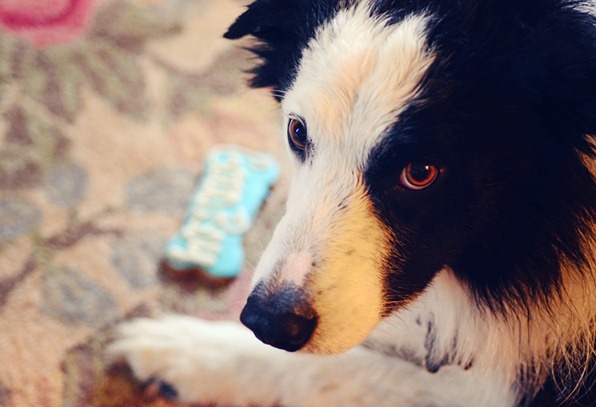 You can tell he’s still damp here even though we used the air blow dryer on him at the shop. He does not like that dryer. My son says he’s neurotic.

No, wait. What he actually said was that he’s weird. 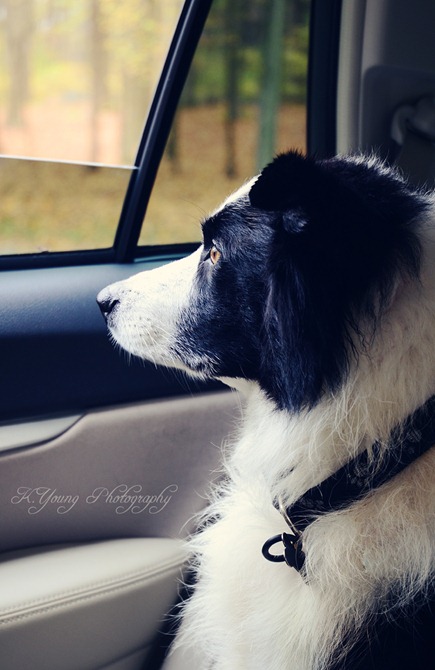 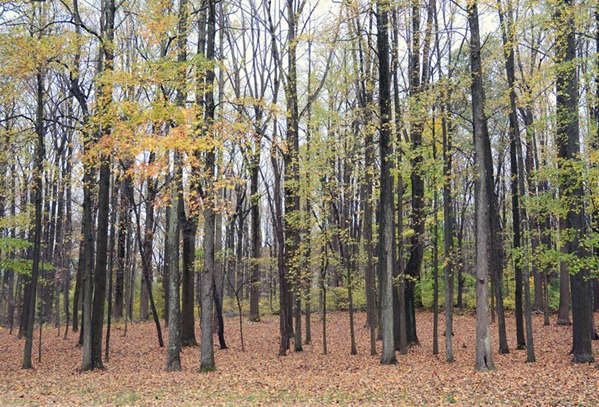 As is the view he was gazing upon out the window. After the bath and the treat, he came with me on some errands and we stopped at a nearby park so I could took a few shots of the trees. 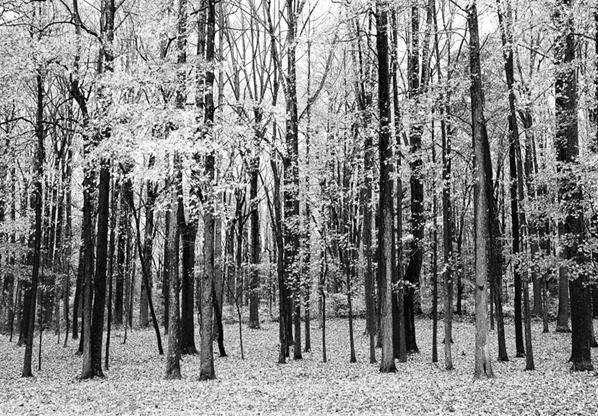 This one looks very similar to one I took four years ago in the same spot. I’ve had it for sale on my etsy site for years. I took it on a rainy day in November, I remember and the rain made the bark of the trees a bit darker (below). 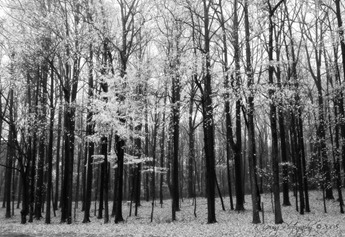 Trees in the mist I don’t mind when the leaves are gone from the trees and actually love the passing of the seasons because each one of them is beautiful in its own way. The leaves are lovely lying on the ground and in the steps of the photo above. 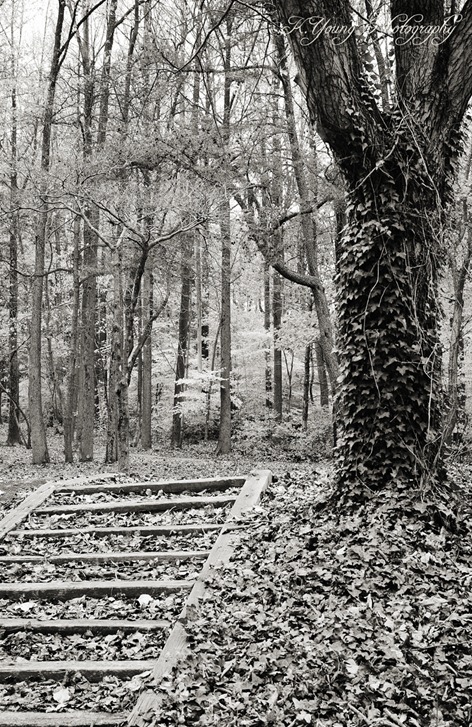 But I like it even more in black & white.

I heard this song on the radio the other day and liked it. I know it’s a bit forlorn, but sometimes I just like quiet, sad songs. And I’m not apologizing for it, either.

I don’t have a choice but I’d still choose you.
Oh, I don’t love you but I always will.

Until later, my friends ~

{thanks for stopping by}

I love the Civil Wars, although it seems they might be having a few problems together...that's sad. I hope that they work out their differences, amazing harmonies, and lyrics.

Love your shots, both in B & W and color, your talent shines through.

Say hi to George, and give him a hug.

and my last "oh" goes to the photos. i agree with you loving that black and white version....swoon.

George is a peach. I love him.

George you are a handsome good boy ! Miggs sends pooch kisses ! Beautiful photos . I to haven't been posting much as there really isn't that much going on here all seems quiet as it gets cold . I to like the changing of the seasons gives me new canvas to photograph all though I have exhausted my fall photography lol ! Waiting for some snow for a new canvas . Have a good evening !

Beautiful harmonies in that song, and I like a good soulful sad song too!

George is so very handsome! Our BC was so very quirky and I loved that about her, she was truly one of a kind, just like Quinn and Misty.

And I love the images of the trees...gorgeous! And thanks for reminding me how lucky I was to be able to vote with ease today...it truly is a blessing.

But you knew that!

Great photos of that "good boy." And I like black and white photos of bare-limbed trees. They go together.

The lady makes dog cookies for a friend of hers. She uses one of those dog-shaped cutters. The cookies are: butter, cheese, flour, and chicken broth. Very easy.

Love your black and white photographs. The first one reminds of Ansel Adams.

That dog treat is fabulous as is George of course!

At least endless election fever is over now. We're hearing endless re-runs of Obama's acceptance speech already and he only finished it a few hours ago.

I love the B/W versions as you know!

I love your forest shots .... and of course, George!

It's the noise and my dog doesn't like it either.

The vacuum really gets on her nerves.

George looks agnificent in his shiny coat - your photographs are superb - hope you are pleased with the result of your election for President.

George is not weird ... he's a lovable squirrel chaser

The 'good boy' treat looked rather appetizing actually. Such wonderful captures of your sweet boy. And I had not ever listened to that band...such beautiful harmonizing...loved it! xo

Yes he is lovely! And I am so impressed how you catch that loveliness , especially in that photo in the car. I find collies move so fast and can be hard to capture in a photo. Their heart stopping loveliness often just shifts as I press the button.
Anyway, best best wishes today! Everyone here very happy and I woke up thinking of you all.
Autumn is poignant - and some of the best songs are melancholy. Life is like that! love k xx

I don't know a single dog that likes the hair dryer! so he's not weird:) He sure is handsome though!

Those trees are beautiful!

You are the second person to mention this song, I have to go and listen now.

Ohhhhh, I tried to listen to the song, I really did, but it just didn't work for me cuz I'm a happy song gal I guess. The cinematography of it is nice though. :-)

weird and neurotic huh?
sounds like my kind of dog :)

love all your trees

I love George even if he SMELLS like a wet dog! Wonderful treat.

That is a beautiful song.