Some pretty birds, a catchy tune, and maybe a little fun

It’s late in the afternoon of a beautiful Saturday here in Maryland. The sun is shining, the birds are singing, and the squirrels are running from George each time I let him outside. All week long, I’ve been fighting some sort of throat/cold thing, culminating in nearly losing my voice. I can still talk, but I sound very raspy and I look like I could use a good nap.

I went to the grocery store this afternoon without makeup on and after doing my housekeeping chores, which left me even more tired. I saw people I knew and actually hid from them. Gah! There’s one of my former co-workers over at the seafood counter (so I went the other way), a family from school who didn’t see me but were checking out so it was easy to continue on my way. I wasn’t being rude. I just don’t like scaring people. 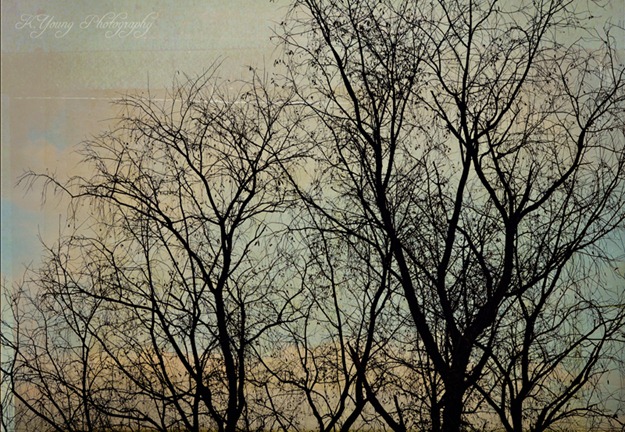 Trees in the yard, taken earlier this week. 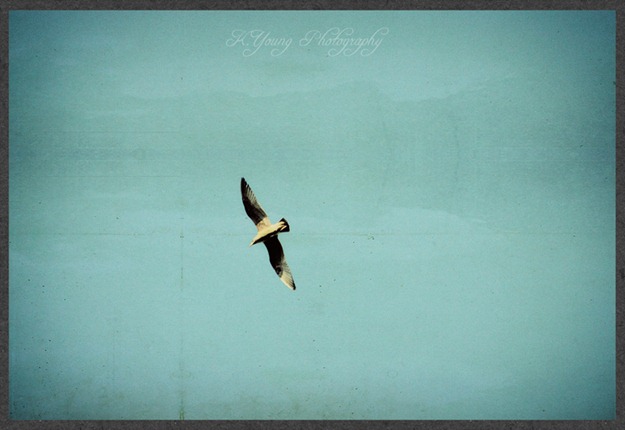 I cleaned a bit this morning, getting the guest room ready for our son who arrives on Monday evening from NYC. I love when he comes because he’s pretty much up for anything. And we always do a movie or two over the Thanksgiving holiday.

I’d like to see Argo, Lincoln, Skyfall, Flight. Odd that they each are one word titles, isn’t it?
I received a text on my phone from one of the parents at school that I love hanging out with. It said:

WHAT: Girls Night Out
WHEN: Sat., Nov. 17
WHERE: Dianna’s
WHY: Screening of Magic Mike
BRING: A munchie befitting of Matthew McConaughey


Even though I felt like I was getting sick, I so wanted to be able to go to this. I mean, just to laugh with a bunch of friends is priceless, you know? So I am going and taking Pesto & Grilled Shrimp Pizza (because McConaughey is a bit of a pest as far as I’m concerned). He’s also a bit of a stoner, so I’m making special brownies too.

Don’t get any ideas. They’re special because they have homemade chocolate icing. 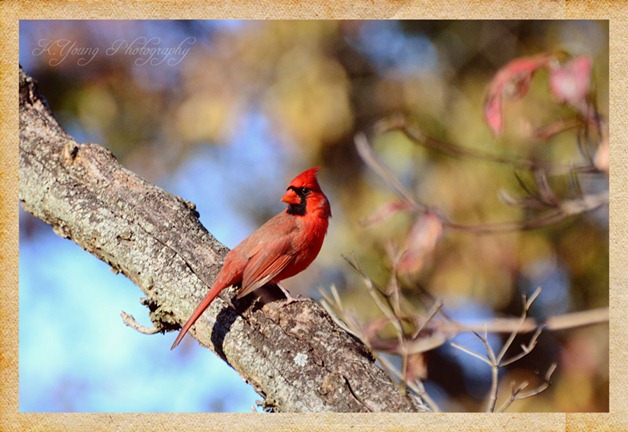 Pretty bird, this fella is – isn’t he?

got the frame {here} 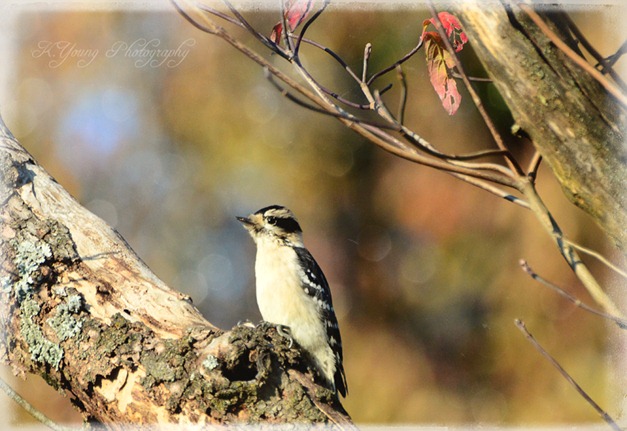 Downy woodpecker in the dogwood tree. 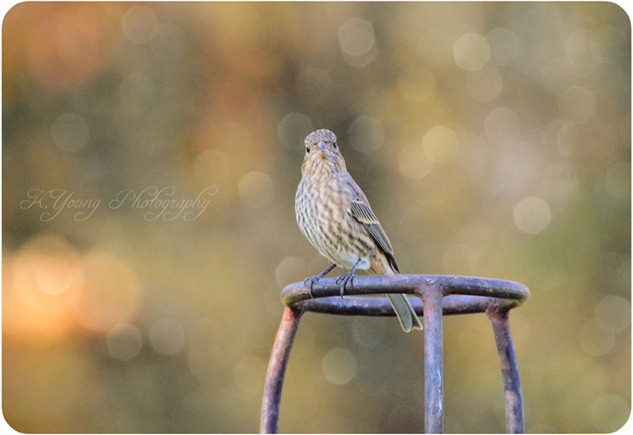 This young female house sparrow looks like she’s ready to party with that pretty bokeh there. Got it {here}, btw.

ps ~ the bokeh was already happening back there. i just added a little oomph to it is all. 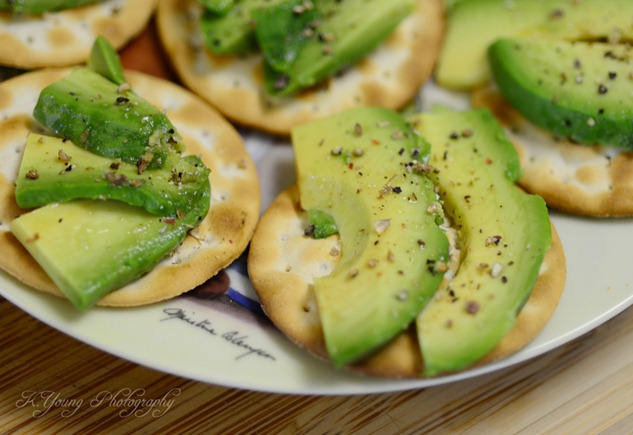 I took this shot a couple of months ago. Sometimes I have this as a snack. Sliced avocadoes sprinkled with sea salt & cracked pepper on Carr’s crackers. Simple and yummy.

While I was out this afternoon, I came across this tune on my favorite radio station, WXPN in Philadelphia.

There’s an official video of it, but I was not a fan. The tune is catchy, though ~

Thanks for coming by today. Hope your weekend is rolling along smoothly. And now to make that icing . . .


Until next time, my friends.

i understand the grocery store moments ...you feel the need to do your thing but don't want to interact with others. i wish there was a way to make it ok ... like you could put out a sign or something & folks would understand. i mean come on we all have days or moments like that. we are all human. our hair, face & outfits are not always in 100% condition. Magic Mike is a great movie. ..you enjoy. i so wish to see Lincoln looks like a great movie. love james bond movies. can't wait for the hobbit & i love the last Twilight Saga Movie ... enjoy your weekend. take care. (:

And I'm going to have my next avocado just like yours! Looks really good for a little snackaroonie.

Pretty day here too, but it was sure cold this morning on our walk! Glad the sun came out. :-)

I hope you have fun tonight, your contributions sound yummy! And that first image...well ok, all of the images, are beautiful...but that first one...:)

Love the retro inspired song, and I know how happy you will be to have 2nd son home for a few days!

That get together sounds like it will be fun.. enjoy! I hope you're feeling tip top before too long. You might, if those were the really special brownies. ;)

Avocado looks yummy and those birds are beautiful but faux bokeh? Bauxeh! ;)

Beautiful photos ! I stopped wearing make up and are at the point of who cares lol . I am sure you looked good though no matter what . I do hope your cold gets better soon . Have a great night with the gals sounds like a hoot !

Kate,
Beautiful photos, of course! I love them all. The avocado on Carr's has my belly dancing, though! YUMMMMM

magic mike was good, and perfect for a house full of girls....uhhh, women :)

we saw "the sessions" last night with helen hunt and WOW, what a great movie !!!....if that doesn't get an oscar, or nominated at least, i will throw peanuts at my TV !!

guess what...i have avoided people, too from that same thing....why scare people to death when you don't have to :)

I had to stop wearing makeup due to allergy problems, I guess I am use to going now without it. I love your beautiful birds and photos. Have a great weekend!

I don't particularly care for the movie theater, but I desperately want to see Flight, and Lincoln......so I am waiting til they come to our local "dinner and a movie"....where you can eat, have a glass of wine and watch the movie at the same time.
My kind of date.

The only movie i wanted to see out of your bunch was Skyfall and i LOVED it......very good James Bond....Now don't laugh...i saw Lincoln Vampire Hunter and LOVED it too so you can take my opinion with a grain of salt. lol. But i'm afraid after that one any other Lincoln movie would just be boring..lol! I'm after the Twilight movie next! Have fun! deb

Lovely pictures, touched perfectly with textures and bokeh! I would like to see Lincoln, but will probably wait to see it from my couch at home. Hope you get over your cold soon!!

I hope the girls night out will be fun and relaxing for you.

I remember from one of your posts a few months ago that you were going to leave wheat out of your diet to see what difference that might make. How has that gone?

I should also tell you that it was the article you referenced in that post that convinced me to begin buying organic flour! It was the article about Roundup on the wheat crop shortly before harvest. Anyway, I just wanted you to know of your influence.:)

Enjoy the rest of the week-end, hopefully with an improvement in your voice.

Why is it, the worse we look, the more people we run into...lol.

I totally understand the urge to rush in the other direction.

Hope that you are feeling better soon.

How stunning these bird shots are!!! My answer to the super market hid & seek game...really really big dark sunglasses. My only problem is when I wear them in the store, sometimes I can't see/find what I'm looking for. It's a no win. And you should see Lincoln. Saw it yesterday on a short-notice vacation day...it was awsome and Tommy Lee Jones shines!!!

Your list of movies you want to see is exactly the same as mine:) But now I want to add Magic Mike to it! Your Girls night sounds like a blast!

...and now I want to go out and buy some avocado too:)

Always fun to hang out with the "Girls" :)
LOVE LOVE LOVE your birdies!

Wonderful pictures and I don't think you would be scary on your worst day.

And that is when you WILL see people you know....makeupless!!

There's nothing like laughing with friends. It's the best.

A person essentially help to make seriously articles I might state. That is the very first time I frequented your web page and to this point? I surprised with the research you made to make this actual publish amazing. Fantastic job!

beautiful .. next time you feel wonky get some Emergen-C its OTC and works .. even Toonman takes it .. my friend Mary who travels a lot swears by it ... she takes one with two aspirin after every flight .. and she's healthy

Such pretties! How was the evening??? Hope you are better. xoxo

I hid on Thurs. night from an ex boyfiend's Mom who still wants me to hang out with her.

Sorry, but been married to my hubby for 15 years now....so you see why I don't want to hang out with her.

never fails, one always sees somebody when they look their worse. Who knows! Love the birds. We don't get a variety of birds in our yard. Calvin the cat scares them off along with the squirrels. Oh well, its fun watching Calvin and the squirrel play cat and mouse.

Pretty nice post. I just stumbled upon your blog and wanted to say that I’ve really enjoyed surfing around your blog posts. After all I will be subscribing to your feed and I hope you write again very soon!

I got the sore throat and loss of voice on NOv. 4th...twelve miserable days of a head / chest cold followed. I hope you don't get worse. Happy Thanksgiving to you and your family. Love from the wet and wild Oregon Coast. Kay

Oh your bird pics! Love them so! xo