I want a perfect soul

I have little to say and my heart is hanging a kind of heavy right now. I have a lot going on I guess, and I hesitate mentioning any of it. Some things are just private and should remain so. It gets me sometimes how much people say online.

Sigh. I haven’t taken any new photos to share with you either, which is a drag. The ones I’ll be using in this post today are actually from my files. No wait, they’re not really from my files as those images have all been lost due to a crashed external hard drive. These two have been salvaged from old blog posts. They’re not the original sized images, but they’re fine enough to use for re-posting. 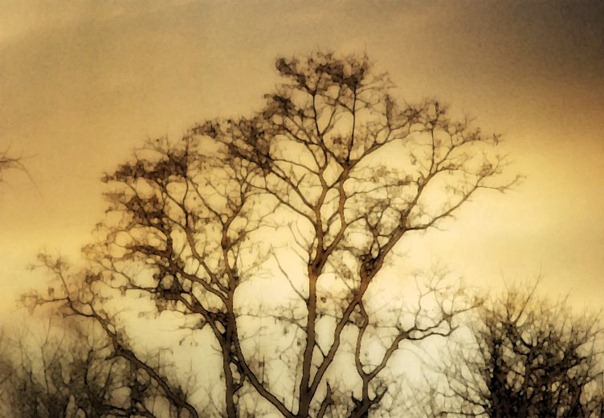 I took this one back in 2008 shortly after we had moved to this manor house on the hill. Reading the post took me back to that time. My husband had just had his second brain surgery and had lost his job and subsequently, our house that went with the job. We were lucky to have stumbled on this place and I was counting my blessings daily.

Here is the actual post from back then. Sad thing is that I don’t even remember falling and hurting my ankle. I guess so much has happened since then that it’s all just a blur.


I remember taking this one, as well. Back then I wasn’t into shallow depth of field at all and I remember being upset that everything wasn’t in focus. 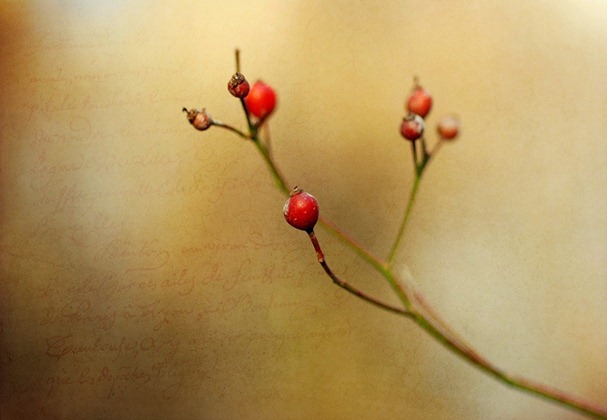 My heart was warmed by this story that I heard while watching the national news tonight, a story that has become a Facebook sensation:

And I am still smiling just thinking about it.

I’ll be back to my happier self tomorrow ~ I promise, ok?

Thought this was an interesting scene. It’s from a French film called “Ils se marièrent et eurent beaucoup d'enfants” (which means they married and had many children). This scene features Johnny Depp and Charlotte Gainsbourg, and Radiohead is playing in the background, an acoustic version of Creep. I just thought it was kind of cool.

Hugs to you, my love. I cannot believe it's been 4 years! Is there anything I can do??

Warm and caring thoughts are flying your way from a little known county in Arkansas.

Sometimes there is magic in this spring valley and I hope it rides on my words and flies directly to you.

Yourself
as you are
is always '
welcome;
friend

Hugs, my friend. And soft sighs - your 'old' pics are still swoonworthy.
♥
BB

I think it's necessary for us to experience sadness so we can appreciate our days of happiness. Big hugs to you my friend. Miss you. xoxo

No need to promise anything, Kate. We love you any way you are. xo

I am sorry for your heavy heart and that your external hard drive crashed . Papa here told me to let you in on a secret , if you do get another external hard drive store your photos on your internal hard drive then back them up to the external hard drive that way if it happens again which I hope it doesn't they will always be on your computer, this is what we do ! Papa the computer tech geek here lol . Some people use blogs as a open cyber journal as well as face book they tell
all . I guess for some it helps them cope with things if they share it with others , in a way I can understand as bloggers are wonderful supporters . I do hope all gets better and you feel your old happy self again .

I hate it when you're sad, and wish I could fix it. Cause I would.
You knew that.

Hang in there Kate. HUGS.

Thanks for sharing about the police officer in New York. I hadn't seen that. Hope things are brighter for you tomorrow.

hi you...i do know some of what is going on {thank you for letting me be your friend} and i just want you to know that i'm thinking of you so very much....

bad days suck. they just do...and lucky for most of us, good days show right back up....some later than others, but yet they still come.....thank god !!

so here's a hug, a really big one. i mean it. if i was down the road and read this post, i'd be right up to hug you and then i'd tell you a funny joke just to see you smile !!!

Again, your photos are marvelous.

Sorry life is causing you trouble. I do think of you and wonder how things are going for you.

Honey--I'm sorry you're not feeling well--in every way. I hopethings are looking up by tomorrow and that whatever has hurt you will be resolved. I am so worried about you!
Trudy (bluebird49)

Sending warm, supportive hugs your way. I wish that could help.. I hope your malaise will pass before you even read this comment.

I posted that story on FB a few days back, just love it. That is the holiday spirit, right there. So tired of the dreary news, this was refreshing.

I hope all turns right in your world again soon, and that you are able to find peace and joy this holiday season.

LOVE these images.. the tree? WOW.

Sending prayers and good thoughts your way. If there is anything I can do, don't hesitate to contact me.

2008 - gosh, four years have passed so quickly! Thanks you for sharing your eye on the world - it's always adds a ray of sunshine to my day.

Kate,
Sitting in my desk is an external hard drive that crashed. It has all of the photos that I took of Kenny when he was first diagnosed, and we were able to travel. All of them. I have held on to it, as I can't believe that in this day and age the data can't be retrieved. I can't have someone give me a final NO.
I have no words of wisdom for you. I wish I did.
~Cheryl

I'm adding my own hug to the pile you have already accumulated.

Sometimes we have to be a bit down to appreciate the good stuff ... otherwise there would be no contrast. Just know that there are tons of us out here who care, no matter what the situation may be.

Beautiful images and wishing you brighter days ahead. I saw the story of the police officer this morning and it was so touching. I hope it inspires others. And I love that video of Creep...one of my favs!

So sorry you're feeling like that. Am feeling the same but agree with you about the extent to which people reveal their personal stuff on line. Much as I'd like to pour it all out, it would be crossing a line I think. A big hug from over the pond. x

Not enough sunlight and sunshine to lift your mood, Kate. May God be with you all this holiday season.
Always love your photos! Thanks for sharing your wonderful photography with us. Awake in the night, been
diagnosed with the shingles. ;-(
Hoping early medical intervention will keep the worst at bay!

sometimes we just have nothing left inside to give.....just know this, we (and I know I there are others) all have seen good and bad times....that is one of the reasons we follow you. Your images are always lovely, and I for one love them all......but mostly I appreciate your honesty, and authentic feelings.
Take care of you!.....sending smiles to you!

Hugs to you as always, I wish things were better.
I'm often amazed at shots I took a few years ago that are still good now.
We can be so critical when we should appreciated our efforts.

I so hear you! Hoping for a little sunshine in the midst of winter dreariness!
V

it is heartwarming what that cop in NYC did; and if you want to have just a good laugh at other's expense, be sure to watch that Brazilian Elevator Prank that has been going around the internet :)

i'm watching Sahara right now.... I love me some shirtless Matthew McConaughey :) and Steve Zahn is hysterical in this one; great way to escape reality

I'm sorry you are down; bad days do indeed suck... hold tight for the sun to come

Yes that story was awesome. We need more of that feeling, don't we?

Sometimes I question myself about how much I divulge on my blog too. When I first started blogging I was dumping all kinds of stuff but I'm a bit more cautious now. I go back a read my old posts often and see how much I have grown and changed. I even print all of them and keep 3-ring binders of them. Someday, 50 years from now my grandkiddo's will read them and maybe know their grandmother.

Wow, what a great movie clip. It hurts my heart - so much emotion conveyed in a glance. Beautifully done.

Hope you're not feeling too blue and that you're being kind and gentle with yourself.

There are so many emotions that will forever be tied up into each post we have ever made. It makes me glad that we can capture a piece of our lives like that, to take us there again, no matter if we want to or not sometimes. xo

I guess that's why I don't get into FB or twitter.....too much gets put online.