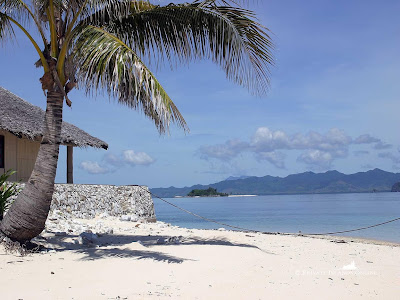 A Michigan couple decided to go to Florida to thaw out during a particularly icy winter. They planned to stay at the same hotel where they spent their honeymoon 20 years earlier. Because of hectic schedules, it was difficult to coordinate their travel schedules. So, the husband left Minnesota and flew to Florida on Thursday, with his wife flying down the following day.


The husband checked into the hotel. There was a computer in his room, so he decided to send an email to his wife. However, he accidentally left out one letter in her email address, and without realizing his error, sent the Email.


Meanwhile, somewhere in Houston, a widow had just returned home from her husband's' funeral. He was a minister who was called home to glory following a heart attack. The widow decided to check her email expecting messages from relatives and friends. After reading the first message, she screamed and fainted. The widow's son rushed into the room, found his mother on the floor, and saw the computer screen which read:


I know you're surprised to hear from me. They have computers here now and you are allowed to send emails to your loved ones. I've just arrived and have been checked in. I see that everything has been prepared for your arrival tomorrow. Looking forward to seeing you then! Hope your journey is as uneventful as mine was.


P.S. Sure is freaking hot down here.

LMAO - I've seen that before and it makes me laugh every time.

I have heard this before...and you are right, it's funny, but it is not funny.

I think I've heard it before....it is a clever story. And, with winter closing in, the photo scene looks inviting!

Well it could happen. Ha ha!

Yep, heard it, too, but it's still funny! Hope it's not a true story, though.

So glad you're enjoying a "normal" day.

guffaw, guffaw - that's a good one!

LMAO have seen that one but its GREAT and love the photo to accompany it !
Hugs Laura

I don't know where people come up with these things. I was never that creative. This is definitely one of the funny ones. My favorite though, is the coming back as a bear one. Have you received it? If not let me know I'll send it to you.
*hugs*

Oh, I've seen this one and it is TOO FUN-EEE!!! Thanks for the Friday laughs, Kate! :D

I have not heard this before and it is the best laugh I have had all day! Thanks for that.

lmao oh my goodness can you imagine? Too funny, but horrible at the same time!

How hysterical is that? The funniest part would be if it were true! :0)

Thanks for the giggle.

I've read that before and it makes me laugh, and then sigh, every time. It's so funny, but I can't help thinking of that poor woman!

Yes, I've seen that one before, and it is so funny! And isn't it great to have a good laugh? :)

Have a great weekend.

I've seen this before but it makes me laugh every time!

Thanks for the laugh which I kinda needed today.

This one always brings me a chuckle. Good way to start my rainy Saturday. Going to check out Willow now.