Adding texture on a snow day

Another day off from school due to ice and snow. This morning, I took advantage of the time off and scheduled a couple of medical appointments my doctor had ordered. Routine stuff, no worries here. The roads were fine when I left at 7:45 but the walkways were icy and they remain so. Driving is fine but a thick coat of ice still clings to everything. 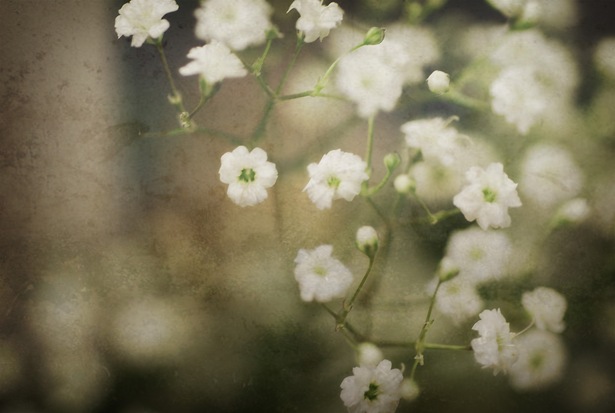 When I got home, I visited a few blogs and got all kinds of excited over a beautiful photo with texture that I saw on Mary's blog. Mary explained where she found it and I visited that blog too, quickly adding it to my blogroll. I've been wanting to try to incorporate texture into my photography and now I know how. I still have an awful lot of learning to do, and this is only my first attempt. But, like Mary said, it's much easier than I thought it would be. The instructions are here. I think the most difficult part is choosing a photo that will lend itself well to the many textures that are available.

I tried it first with a couple of other pictures but didn't like the results until I came to this one. The original photo wasn't anything to write home about and I thought it was even a little out of focus. But I like it with this effect.

I love how it turned out for you Kate! I think a texture application lends itself well to an image that may be slightly out of focus. This will be another thing for me to learn about once I have more Photo Shop hours logged under my belt!

That is a very pretty photograph. Can't wait to see more of your textured efforts.

I love this. Is that baby's breath?

That's really wonderful! I wonder if I have a photo or two that this would work on...Off to explore!

love the pic, romantic feeling. An older lady told me once, "you should strive to learn one new thing everyday"

Hi Country Girl, the photo is wonderful, very artistic. Almost like looking at a beautiful flower through a foggy window or something...I'm often at the Pioneer woman's site reading her photography tips so thanks for the link to more photo tips!!! One should never stop learning or think it's too late to start learning!!! ;-)

That picture is great! I am going to have to check this other blog out too. Maybe I can save a few reject pictures I have laying around.
Debbie

That HOW TO is good, but you can go further than simply adjusting the opacity. In that same area of the window where you see the opacity drop down, just to the left, you should see "Normal."

Changing this value will give you great flexibility in how a top layer effects the layers below it. Experiment to see. You can combine a blend mode (I think soft light and hard light have the most potential) and an opacity change.

Some other Photoshop tools that are must-knows are:

Those three can save a bad picture and make an OK picture great.

Oh Kate, that is gorgeous! I'm smiling from ear to ear, thinking of how I got you started on mosaics, and now this! LOL Here is a link to a flickr page that has lots of free textures:

Gorgeous! Who knew I could learn so much from blogging?

Thanks, all! Good to see you again, Miz Boo.
Welcome to texasdaisy and apologies for not welcoming you when you stopped by before.
Christopher, THANK YOU for your advice. I tried it with a couple more photos and the effects were so different. I'm still a novice with Photoshop.
And Mary, thanks most of all to you for yet again turning me on to something that I have fallen in love with.
And now to post a mosaic on the other site for tomorrow.
'Nite, all!

Really, those textures are addictive. Make me feel like an artist. So much fun! Very pretty picture.