There's a wonderfully fun interview meme going around right now that has turned out to be more fun that I had originally thought it would. It's been great getting to know people. I originally saw it on Willow Manor. I was later interviewed by Daryl (see post below somewhere) and it's taken off from there.

Here are just a few of the bloggers who have posted their interviews with me. I'll continue to update as I see them. Please stop by and tell them I sent you!

Kristina Words to Live By

Amber A Small Peek Into My World

Ellen From Across The Net

I couldn't let this post ride without a photo. I love photos. So here's one from my archives. I took it late last winter and it's one of a gerbera daisy. But you knew that. 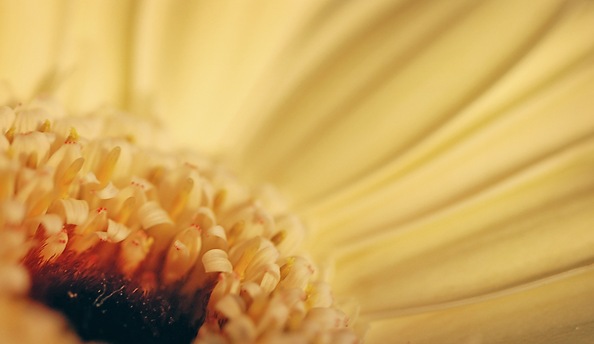 Have a beautiful day, all.

Your photo warmed up by day!!! (Don't look at the skiing photo I posted on my log cabin blog - it'll ruin it! lol!)

I love the photo! Hey, do you know of another photo sharing place maybe similiar to Flickr, but where you can store more photos for FREE? My husband thinks that paying $25 a year to store my photos is ridiculous. I dont really love photobucket, but if there is no other one then i might just go with photobucket.

Amber, I sent you an e-mail.

I use photobucket, but only for some things. I store all my photos on an external hard drive. It's a Maxtor and I love it. I got it on sale at Staples for $99 and I think I may need another soon.

Can anyone answer Amber's question?

And Shellmo, did you honestly think I wouldn't visit your log cabin blog and not like your new stove? You have GOT to be kidding! All that awesome snow, skiing and then to come home to that stove. Why, that would be pure bliss.

I don't know who came up with this idea, but it's brilliant.

Thanks for your nice comments on my blog. It has been nice learning more about my blogging friends. And weather permitting, I am going to see Annie again and meet Mental Pause Mama when I go to see my friend Nurse Nancy. And maybe one day soon we too can meet in person.

Google has a function where you can store photos for free. It's called Picassa. I had about 700 imagines on my computer, and I uploaded them to Picassa. It's great.

And yes, I am overwhelmed with all the traffic on my "Blog of Note" posts. Omigawd! Whoever would have thought my boring-little-blog would have been chosen. And of course it had to be a Friday, so I am getting all the weekend traffic. By tomorrow someone else will be at the top of the list. Phew!

Love your blog...found you at shellmo. You have some amazing shots.

Thanks, Josie. I'd completely forgotten about Picassa.

Welcome to Sit A Spell. Glad you stopped by.

Your photos are beautiful! love your blog -

Ellen - can i use Mental Pause Mama? I peed my pants!!

And Kathleen, thank you so much for this fun experience! I've enjoyed reading other bloggers and getting to know them in a way I otherwise would not.

Fun reading your interview and getting to know you a bit better, Kate! These interviews are spreading like wildfire! :^)

We ALL Love Our Pretty Little Town! said...

Audrey Hepburn...pretty satin..
I wish it was summer and the gerbera was a prom dress

Hey, welcome to Two Dog Pond and 27 Again. Haven't seen your faces here before. Glad you stopped by.

Beautiful gerber Daisy!! Your photos are all awesome.
E-mail is www.msdewberry@telus.net.
Thanks!!

This is even more addictive than BlackBox. I've only read two of the interviews so far so I'm going to end my comment now and go read the others..... :-)

That looks like it was a lot of fun.

And I think I'm needing one of those Maxtors.

HI, l just did this for Daryl also, fun eh??

HI, l just did this for Daryl also, fun eh??

I use Picassa too, it's the best and very easy to manage.

My name is Christine said...

Gerberas are just about my favorite flower... Everything about them just shouts HAPPY! You take some beautiful photos!

That daisy makes me smile....now off I go to read the interviews. Fun stuff.

It seems my language skills need to be strengthened, because I totally can not read your information, but I think this is a good BLOG
jordan shoes