My husband had all his crazy friends over

On New Year's Day, we had a lovely breakfast which, for me at least, consisted mostly of mimosas. Actually, for me it was all mimosas, but let's keep that between ourselves, shall we?

Wait 'til you see who showed up later. 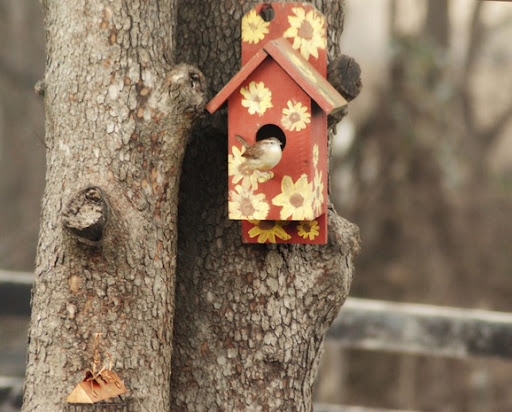 The ever-polite Gerald. He tweets with a British accent. Scouts honor. The painfully-shy Vincent. Vince, turn around. Please? (He hates it when we call him Vince). 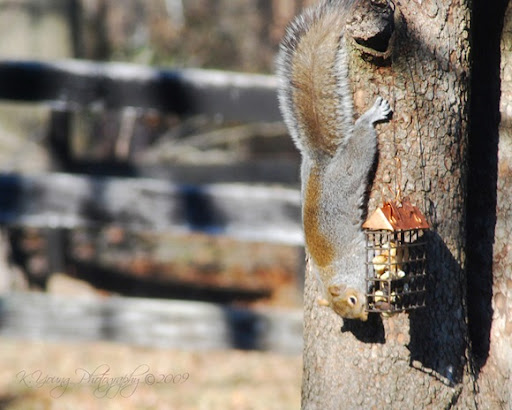 The impetuous and daring Chet. 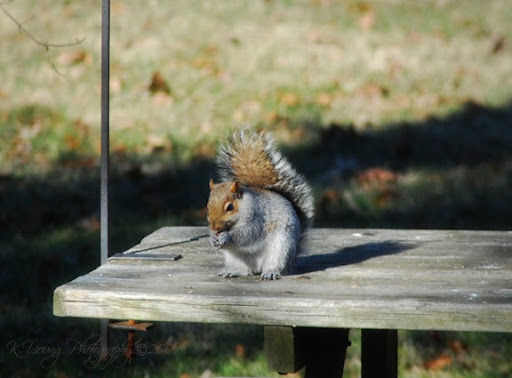 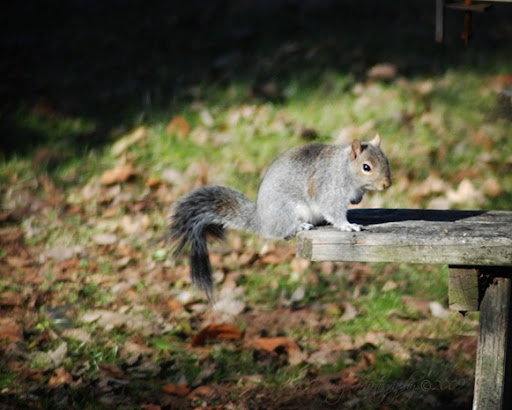 Sneaky Pete. (I 've NEVER trusted this guy. He thinks he's all that and a bag of chips. And he's got a dishonest streak.) 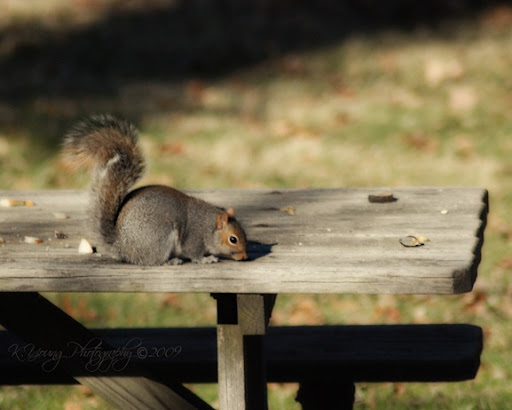 This is Clarence. Always a pleasure to have him at every gathering. He just has that certain bonhomie about him that keeps everyone's spirits lifted, you know. 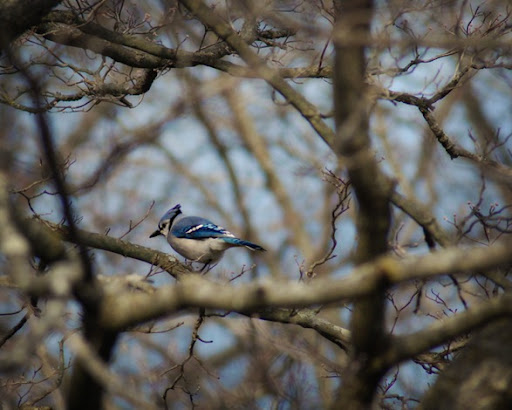 And finally, Gerald. Word on the street is that he used to work as a spy for the British government. Could be true. Dunno, though. He's very stealthy.

Well, this is what happens when all you've had for breakfast is a pitcher full of mimosas. And I refuse to make any apologies for it.

Sounds and looks like you had a wonderful morning. The birds in winter seem to have such a vivid color. Maybe it is due to the lack of other color in the landscape. Tell you guys I said hello. Miss Priss Follies

One more comment, What is the Dog Lover blog?

Aw, I loved your winter animal photos! I live in the city, but I manage to attract a few little ones especially if I bribe them with a bit of goodies. I came here from PW's site, and I will be back to visit.

Chere, I don't know what you mean by the dog lover blog?

Welcome Nanny and Sweet Designs. I've seen you before here, Nanny and forgot to say hello!

Absolutely gorgeous! What lens are you using?

Vanessa, it's not my favorite lens but it was a deal that was offered when my husband bought the camera. It cost a hundred bucks and is a Quantaray AF LD 70-300 zoom lens. And I was taking the pics through a window. Some day, I'magonna get me a really good zoooom lens. Some day.

PS. I have not been drinking mimosas. I have been very good today.

Love the photos. I feed the birds and the squirrels. Love to watch all of them. They are fascinating with all their antics. Wishing you a very Happy New Year
Cindy

Kate - well, I am jealous of your lens! I have a Nikon 18-200 that I love but feel that it is a bit inadequate around here to shoot the gorgeous birds. I need more distance! Photo taken through the window? OMGosh girl, you have clean windows! :)

Sooooo jealous of your variety of birds and your lens and your clean windows.

Vanessa, the 18-200 Nikon lens is an excellent "walking around" lens. I have been coveting one since last year when I used a friend's camera!
And Leenie, they're not really that clean. I just try to shoot through the clean parts.
Welcome to Tom & Cindy.

Nor should you apologize!

Wish I'd been there!

Love your company you can entertain them inexpensively with nuts and seeds!

Chet is sweet... dont tell George I said so

Hi Kate....glad you have friendly squirrels unlike the rascals we have...We gave our names too...Stinky, Sneaky, Shifty and Earl.

Can i come over?

Hahahaha! You clever girl!!! Are you just as clever without the mimosas?? ;-))
Happy New Year!!

Birds. Squirrels. Mimosas. OK these are some of my favorite friends. Especially those mimosas.

So that's what I need to deal with all my squirrels. Mimosas. Duh.

LOL, well, nothing better than a mimosa breakfast and a woman let loose with her camera!!

If mimosas could enable me to take photos like these, I'd drink them every day!

Thanks for sharing the information on your lens.

Too funny. And you blame the crazies on your husband. Ha! Pour one for me, please?

What a wonderful morning. Love it. LOL.

I love the descriptions of your husband's friends. They sound like fun! It's good though that you had mimosas to make the day "clearer."

Can Gerald and Vincent come to visit me? They are certainly fine feathered friends aren't they?

Love your post. Makes me think of all our Stellers jays, they look like secret service suits, and communicate to well when the cat food is out LOL

Again, your photography is spectacular! And who needs T.V. with so much comedy and drama going on right outside your door. BTW, Mimosas for breakfast sound pretty tasty.

Looks like your husband keeps good company for the most part - what more can a wife ask?

I havent seen much more than the pesky barn swallows lately with all this snow around. The odd squirrel but not too often. I can't wait until it starts to warm up a bit again! It's still snowing this very moment..... *sigh* I'm growing tired of being cold....

I love your pictures! I have a Nikon D40x and just recently got a new zoom lens for it but im not sure what kind it is, i guess a nikon lens. My husband knows all the technical names, I just take pictures.Im no photographer, but sometimes I get some lucky shots that turn out pretty good. I love the blue bird!!!!

You have a motley crew there and I love them! Beautiful bird house too by the way!!

Noble Pig, wish you would. I'd have you cooking in my pink countertopped kitchen. Ha!

Welcome for the first time to Shellmo, Amber and Reddunappy. I am so glad that I actually know what a red dun appy is and I am totally missing living on a horse farm.

Yes, I see that I have two Geralds, and I did have lots of mimosas, but it does help with the imagination sometimes!

hehe, you're so clever in having me at the mercy of your wit every time I come here. Perhaps I should learn but it's more fun this way.

Especially love the blue jay shot. Wow. And to think yesterday I stared up into a blackened pine amazed that I could hear a chick-a-dee-dee-dee but could see nothing.

LOVE the post! I'm going to have to have some Mimosas!!

Wow, what an entertaining post - can't help but smile as I read it! Thanks and Happy New Year!

Your friends are great !!!

(I just love your photography)

What a nice blog with such a variety of interesting posts...My first visit via Shelley's post..hope you don't mind. I really enjoyed your post to your dog, such loving and loyal eyes! Your bird house is quite interesting and also all the little critters who stop by for a visit. You got some nice shots and your commentary seems to just flow...very nice read! Thanks

Please tell me , what are Mimosas?? I might be missing out on something!

Well that gave me such a laugh. So lovely to hear from you - I love your blog, lucky me - finding you!
Wx
P.S. Oh yeah and Gerard - he has NEVER worked for us, watch out for his 'french' accent though! Sssshh!