I was playing around with different effects today and remembered something I'd seen on Olivia's blog last year. It was called the Orton Effect. 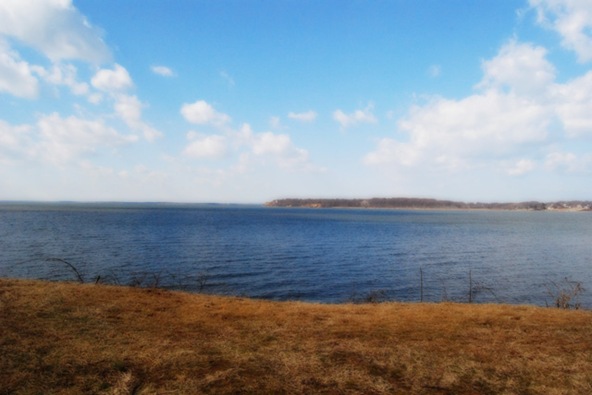 Vancouver Island's Michael Orton is credited with discovering this photographic effect that essentially sandwiches two images, one that is in focus and the other out of focus to produce a dreamy, impressionistic image. 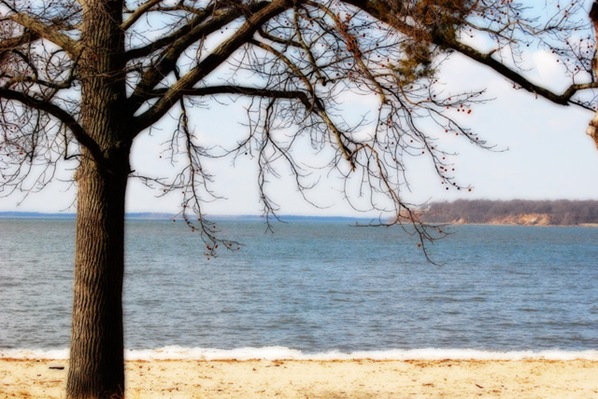 Photographers Andre Gallant and Freeman Patterson have both used this technique quite successfully in their work. The images seem to have almost the feel of a watercolor painting.

The technique lends itself well to certain photographs, oftentimes landscapes, but I've seen it done on flowers and have liked the effect. There's also a group pool on Flickr, if you'd like to see some beautiful examples. 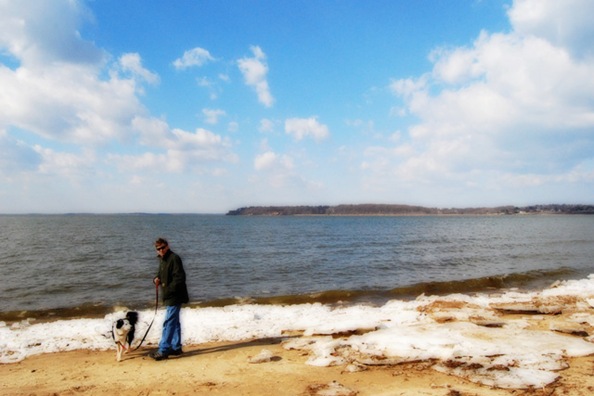 You may be looking at these photos and wondering what the ding dang diddly I'm talking about. But if you look closely, you'll see what I mean. None of these photos had anything done to them other than running the Orton Effect on them. 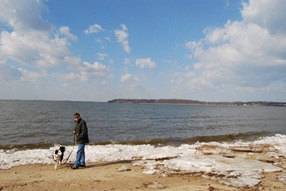 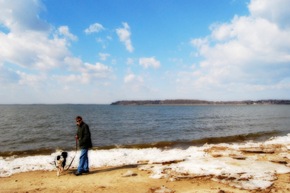 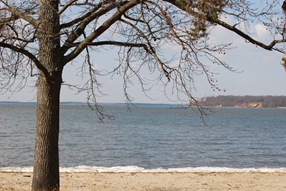 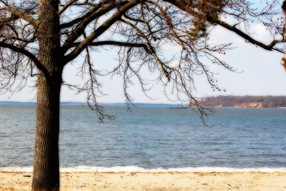 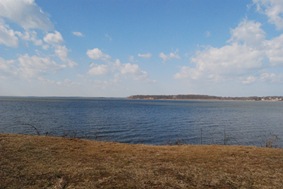 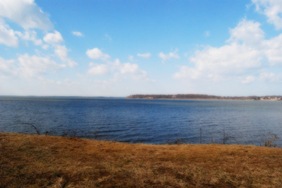 Photoshop users can download the free action created by Mar 1lyn84 here. In one simple click, the effect can be created. Or you can do it yourself by hand, step-by-step in Photoshop, using the technique described here. For these photos, I used the freebie action just to see how it worked.

Ok. I'm done talking now. Hope I haven't put you all to sleep.

All photos were taken this past weekend standing on the eastern shore of Maryland, looking west towards Turkey Point. This is the head of the Chesapeake Bay where it meets the Elk River and is about a half hour from my home.

Awesome! I love learning about cool new stuff like this. Thanks for posting. I'm going to have to spend some time and follow the links, download the action and play with this.

They're very pretty. I like how it both sharpens them and makes them more ethereal at the same time. Does that make sense?

I love Orton though I haven't used it much latey. Pioneer Woman's actions includes "soft and lovely" type action that does a slight orton. It can give quiet the dreamy effect. It's also nice to do a slight blur on skin sometimes to cover imperfections.

love this effect, so subtle yet really gives it more power. maybe one day I'll get photoshop

I must give this a try! I like the dreamy quality of this action and have several photos that would look nice with this effect. I'm off to download the freebie. Thanks much!

You are really testing my eyes with these! it took me a few moments to actually get the effect from my eyes to my brain. Neat.

I'm wondering if the same thing can be achieved with low contrast? That's kind of how it appears to me. Very serene, thicker than lower contrast perhaps. Maybe that's where to two images come into play. Looks like it was a pretty place to visit.

Oh, and when my husband read my post today he said, without missing a beat, he guesses the last time he's going to get a stint in the bathroom is when he's 86. He's two years younger than me. Funny, both he and I assumed it would have been us two, just all passionate (and maybe slightly mental in old age) but it was you who got a little naughty. Country Girl, what's going on?

Hi Kate..love that second photo of the tree. Just great! Think I prefer the originals of the others, sorry!

Yes, Mental P, it makes sense to me. That's what it is!
Char, I've used PW's Lovely & Ethereal and it's definitely similar.
Annie, Orton isn't for everyone and everything and I must agree that the tree pic is my fave.

I love it! Thanks for showing all this stuff. With out you, I would never have known where to start.

Thanks for the lesson. I always learn so much from you dear Kate :)

Well, that's one I hadn't heard of. Very nice. I'll have to try it. Love those shots. Looks like a beautiful place!

This effect is great...it makes the pictures look like they were taken with a 3-D camera...very interesting...

I can see a dramatic difference and I likes it!

This effect bothers my eyes... not sure why, other than that the Orton Effect photos seem to make things a bit blurry for me, like I can't focus. Maybe it's just my old eyes.

I like the dreamy effect, and how it brightens the picture some. However some shots almost apprea double vision, instead of just a bit blurred. I'll download it and play around some too. :)

For those who, like me, find stuff like this not as easy as pie, well www.picnik.com has what they call Ortonish effect ... its cool.

I love the effects you use, its what drew me to your blogs after seeing photos your posted on Paintbox Pictures blog ...

It's great! Now I know what it's called. Love it.

...as a beginner I absolutely adore all the info I receive here - Thanks!...will be looking into this when I advance to Photoshop!

Very good idea putting them side by side like that - i was able to see the subtle differences. Thanks

I love all of the new things you are doing it makes my mind work. I am looking foward to trying them.

You are expert in an area I know very little about. Thank you for an interesting lesson. Now I will be less critical when a picture looks out of focus...it may have been intentional!

Well, hey. Thanks all. And to Don I'd like to say "Whoa Nellie"! I'm no expert in this area! I simply found an easy trick and applied it. People need to know that I. Am. Not. An. Expert.

Your photography is absolutely amazing to me. I enjoy coming to your page everyday!

like the effect...like it very much.
have a great week.
erin

I love that photo effect!
It reminds me of those wonderful cards that have the photo behind a sheet of like trace paper.
It really is a dreamy, almost painted look. LOVE IT!