Another lens from Monsieur Avognan

I have posted before about my co-worker, Monsieur Avognan, our french teacher who became interested in photography after seeing portraits that I’d taken of the students for our bulletin board displays. I am our school’s unofficial photographer and was more than happy to share my knowledge with someone who was eager to learn (and who could maybe help out someday).

People continue to amaze me

Avognan bought another lens over the weekend, and he delivered it to my desk for my inspection this morning. And oh, my gosh – it’s really cool.

It’s the Nikon 14-24mm wide angle and I took it outside and was able to get the entire school building from end to end. It’s quite a long school. 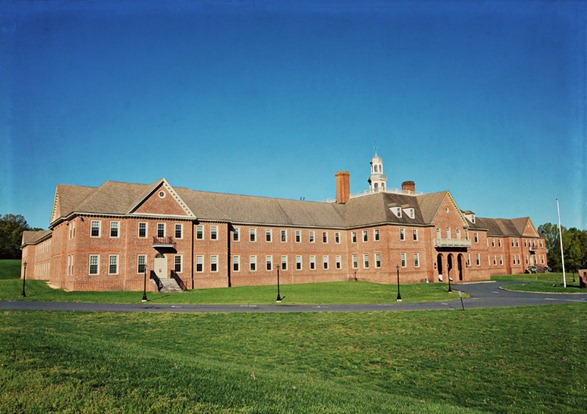 But back to Avognan, who is a joy to work with every single day.

He’s originally from the Ivory Coast of Africa, where he was forced as a child to speak the French language. He remembers growing up in a small cottage where spies would come around at night and out those who were secretly speaking their native tongue.  I asked him if he minded speaking French now, and he loves it, he says. He enjoys what he does for a living.

He competed in track & field at both the 1976 and 1984 Summer Olympics for the Ivory Coast. 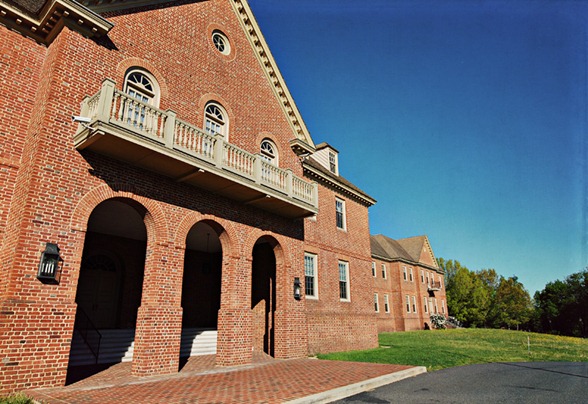 Avognan loves sharing, and I’ve decided to just accept this fact and to be as careful as I can with the lenses he lends me. He told me today that if it weren’t for me, he’d never have gotten into photography and for this, I am truly glad. I love walking by his classroom because his outside wall is covered with exceptional photographs of our students who he coaches in soccer and cross country. 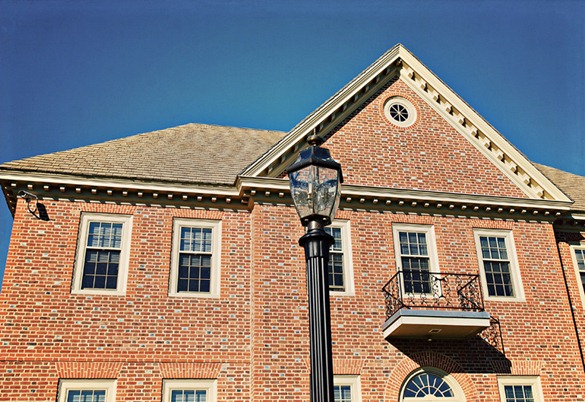 At the end of the day, Avognan came to my desk and asked me to take his photo with the wide angle lens. I told him that I thought my 50mm would be the better choice for a  portrait. So I took one with the 17-24mm wide angle, and the photo below with the 50mm. 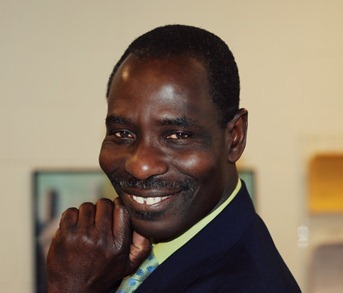 (Thank you, Monsieur, for always sharing.)

Sometimes the kindness of others is amazing.

Wow. It's a shame I had to learn so much through this post that I didn't learn six years ago as a coworker!

That's one of the reasons that I love working in the main office. I get to see all of you from each division, the lower, middle and upper schools. Hi, Annette ~ miss ya.

What a story; thanks for sharing!

How cool that you could inspire another to take up photography!

My husband actually did the same thing with me. Well... actually... back in 2006, my mother gave me my first digital camera - a compact camera. I loved it. My husband wasn't much interested initially but surely, he started taking photos.

Then I encouraged him to get a proper camera, a DSLR (Nikon D60) and then his photography really took off. I also enjoyed using the DSLR but didn't get much of a chance. He enjoyed using it so much that he got a more advanced camera and gifted me his Nikon D60 a few weeks ago. And that's how my photography blog got started. Am still learning but thoroughly enjoying it!

My apologies for this random braindump :)

What a handsome devil! It always nice when people share their knowledge and dont keep it all to themselves!

This was such a great post!I agree what a blessing for you to have shared your knowledge with him.

A wonderfully generous man, see there are good people in the world.

Love this. All of it.

what a beautiful school and great co worker!
love the pics as always...

What an amazing life Monsieur Avognan has led! And how wonderful that you helped him discover a love of photography...you seem to have that affect on people! ;-)

Kate, I'm curious as to why in the last building photo they would have a balcony under a window.

Love the portrait of the gentleman.

Great smile - and how wonderful to have inspired him to get behind a camera too! I get a buzz when people tell me the same thing...

Love me a good wide-angle lense... I believe you can take interesting portraits with them (if not all that flattering!). Except the photographer ends up halfway up the subjects nose...
:-)
BB

Wayne, I believe it's just for aesthetic purposes only.

Beautiful post. I just purchased a 10-22mm wide angle lens which arrived a couple of days ago. I'm excited to get some cool shots with it. Can't wait.

Papa and I thought it was great when we met that we both love and do photography. WOW ! pricy lens ! nice though awesome shot, my Nikon 18-55 mm does the same type of shot.Betwwen Papa and I we have to many lenses lol but we could maybe get another now hehe ! Its great that your photography has inspired others. If I dont have a camera in my grasp I feel naked now . Have a wonderful day !

He looks such a lovely, gentle man.
Best wishes to him.

Lovely to work with such a wonderful person. So nice that you inspired him to get involved with photography. It's such a great hobby and past time for anyone.

how lucky are to work with someone who sounds truly amazing !!!

and i have that lens and often forget to use it. i haven't had the best luck shooting people with it as it tends to distort them {i know there must be a trick i just haven't learned yet} but for landscapes or your incredible school, it's an amazing lens :)

Good portait of him. He has a sweet smile.

Looks like he's found a great teacher to help him too.

How lovely of you to inspire him to learn photography and how lovely of him to share his new toys, er, equipment.

He seems a really marvelous person and the school is fortunate to have him. Wonderful portrait of him, btw!

Oh, I love me some wide, wide angle lens shots!! Nice lens. You did a great job on the portrait too. Glad he shares his love of photography...and his lenses with you. Beautiful story and photos.

I thought maybe you were going to show both portrait shots, since you used both lenses.:)

This is a great portrait of a true friend, and a gentleman who has apparently experienced more that most of the rest of us in his lifetime. You have a great job, and I'll bet you have a lot of friends there.

I could use a Mr Avognan in my life! He is a dear:)

Awww, that is such a cool story Kate. And what an absolute sweetheart the Monsieur is. xo ~Lili

thanks for introducing us to such a wonderful person. Isn't life wonderful? We touch someone's life with something we do, then before we know it, we are touched by their life!

Amazing shots.. I have a wide angle also.. I think I better dust it off.
Its wonderful when you work with people you enjoy.

Wow, what a great co-worker! I love people with a "story" to tell about their lives. Sounds like your co-worker took a big step moving away from the Ivory coast and using his skills to become a teacher and on top of all that LOVING what he does....unfortunately today I am not sure many teachers actually LOVE what they do, which is sad...passion can be one of the greatest tools in teaching!

What a wonderful, caring, and warm hearted co-worker you have there.
His smile is infectious. Love the picture of the school, end to end..and his portrait picture is precious.Thanks for sharing.

Kate thanks for stopping by.. I love your new hearder. Its stunning. Have a wonderful Sunday.
I think you inspire me more ..:)
and Im grateful

What a generous and talented co-worker! And he sounds like a fabulous teacher and a great friend, too.

What a great story. One of the things I miss working from home is meeting fun and interesting people that become friends.
P.S. Have a Happy Mother's Day!

What a wonderful caring person! You BOTH are :)

What a sweetheart! *Air kisses*