This morning dawned clear and bright here on the hill where I live in Maryland, but the clouds slowly moved in, leaving behind a gray day with rain on the forecast. It’s currently in the 70’s and we have a sweet breeze but the humidity’s high. Tomorrow is slated to be more of the same and I have a dog who was long overdue for a bath, so I decided that today was the day.

My son came with me to the local Pampered Pet where you can give your dog an inexpensive self-wash and then use the blower to get most of the moisture out before drying off with towels. George doesn’t seem to mind it all, although he’s not fond of the elevated tub and he has never, until today, gone up the ramp on his own. With my son there today, he did. Good boy, George! I’d planned to get a picture or two of him getting his bath but when I went to pull out my cell phone as my son was washing him, I realized I’d left it at home. Boo.

I took these photos after we returned. 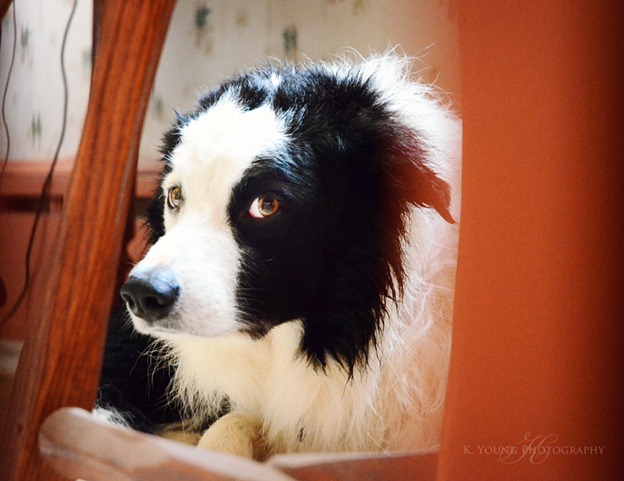 He’s sitting under the dining table in the breakfast nook. The entrance is up a short flight of stairs. I’m standing at the bottom and taking the photo through the wood railing. 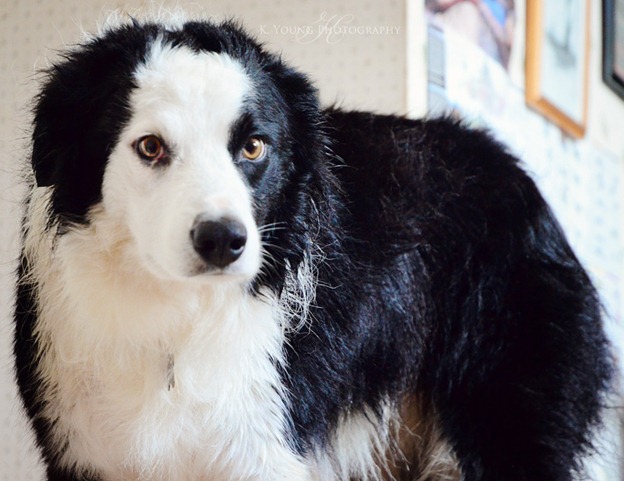 Here he is at the top of the stairs, looking . . . actually, I don’t know what you’d call this look. But he sure isn’t completely dry yet. 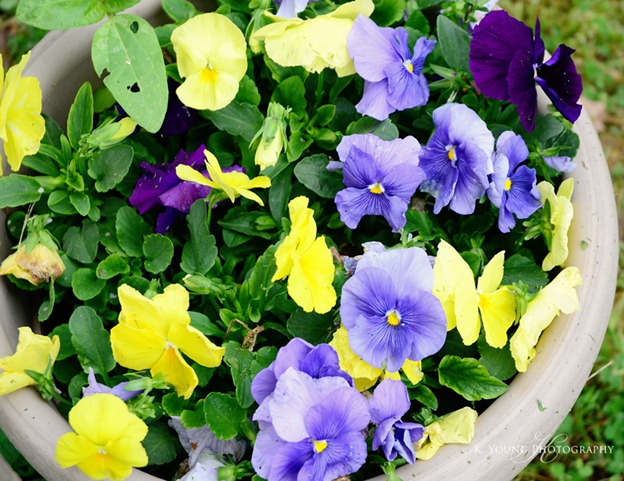 Today would have been a good one to get some work done in the yard, but I’m still babying this knee which I have braced almost constantly. 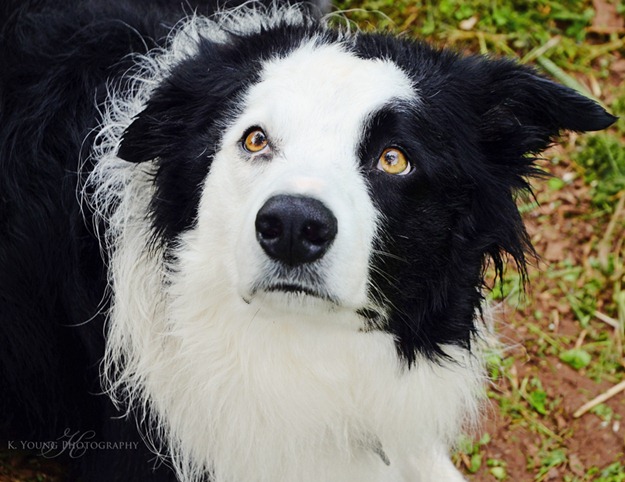 When I woke up this morning – way too early for a Saturday – I saw my husband walking the trail around the property and wondered when I’d be able to do that again. He told me later that he came upon two bald eagles in the driveway. From a distance, he could hear them making noise and when he got close to them, he saw that they were mating, which is what he suspected. When they realized they weren’t alone, they took off – first flying low down the driveway, then up and away out of sight. Now, that’s not something that happens every day, is it?

And speaking of the driveway ~ yesterday at dusk, when I was coming home with our Friday night take-out, I came upon thousands of small black butterflies (or moths?) all along the driveway. The driveway is 1/3 of a mile long, most of it passing through woods before coming to the main road. It was a beautiful sight to see all that fluttering under the canopy of the woods in the evening. 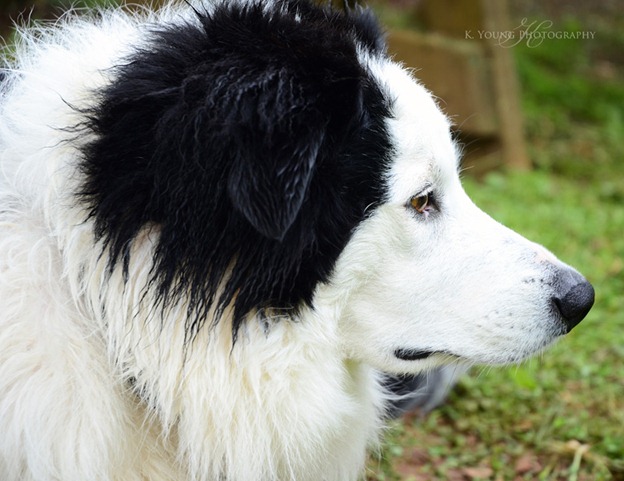 Not a very well composed image here because of the chin area. That’s his tail you see in the background under his chin.

But he sure is clean. 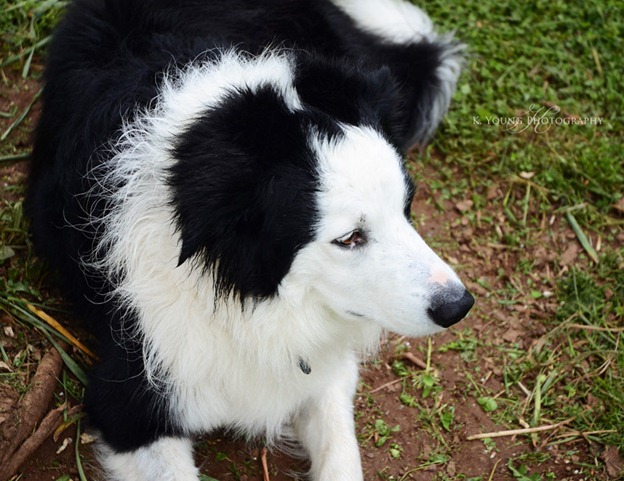 Last night, I watched a movie I really enjoyed. It came highly recommended from my blogging friend, Beth, so I ordered the DVD from Netflix. Larry Crowne stars Tom Hanks and Julia Roberts and I’m not even going to say another word about it. But I’m watching it again before I send it back – and that’s not something that happens every day, either.

And now, for something different (and maybe to become a regular feature) ~

These are posts, photography and otherwise, that I found interesting this past week. All are from my blog roll, and this is just a short sampling so if you don’t see yours here, it’s not because I don’t find you interesting. It’s because I needed to limit it to seven ~ I think that’s a good number.

On a sea of dreams

Lilies of love and other stuff

Enjoy your weekend, my friends – wherever you are and whatever you have in store. Until next time, then . . .

Sending healing vibes .
The sight of those butterflies must have been other worldly. We have a first ever influx of red admirals because of the weather.. it's such unexpected beauty.

I love the quietness of this blog post and seeing George so clean!

We have the black moth/butterflies around our house also. When they are flying they look black,but when you get a closer look, when they land, the majority of them are brown with orange marking, the orange markings is similar to monarch butterflies. Their wing span in about 1.5" - 2". They seem to always be in groups. Anyone have an idea what type of moth/butterfly they are?

Great pics of George! Have a great weekend.

What a lovely post! There is just a languid, leisurely feel to it that I adore. :) Your furbaby is a beauty, btw.

George does have a certain look, what is it...I can't think of the word. "Reluctantly clean" is how he looks; not exactly thrilled to have received the bath but knowing full well it had to happen. His eyes say it all.j

you should be commended.....I have washed a border before, ....not easy sometimes, smart to take your son.....smiles!!

George, you smell so handsome!
Hop the knee is better soon so you can see eagles mating!

Charlie looks so crisp and clean! I love his facial expressions.

george is so scrumptious....dirty or clean....
and those eyes of his get me every time !!

xo
ps....oh i am loving AGAIN the music from country strong SO MUCH !

WAIT....i forgot to mention anything about all the black butterflies or moths. the picture in my mind of what that must have looked like is magical. you were very lucky to have witnessed something like that !!

It never fails that after I give my Shetland Sheepdog a bath he finds something to roll in!

George is such a beautiful looking dog. I'd wash our dogs if they'd let me but they seem to relish in the sheep stench, lol.

Now George is Clean and sweet!
Hope the knee is better soon!

I just love that face of George's ... and those eyes! I especially love the one of him under the dining table. He sort of looks guilty or maybe just Pi**ed off!
Get that knee fixed girl! We've got a date coming up. We might have to push you around in a wheelchair or maybe one of those electric chairs at Wal-Mart!
PS... aw shucks! You used my gator post! I always love folks post other's blogs ... I get to meet some new folks!

Does he run around after the bath? Our little Clayton is a terror through the the house after his bath. Bald eagles...wow!

I'll bet George smelled great after his tubby! I know Duke does!

my husband came home the other day and said "what is up with all these butterflies...." i missed seeing a cloud personally, but he said he drove through several on his way home from work.

i love the way dogs look right after a bath, all fluffed up...

ugh about the knee, i hope it gets better soon!

I think Mr G needs some conditioner .. what a sweet guy he is ...

I wish you'd gotten a shot or 12 of those moths/butterflies ... it sounds magical

Loved Larry Crowne ... Toonman suggests Fly Paper .. its nothing like Larry Crowne but he thinks you'll like it ..

and rest up the knee .. we gotta lot of photo oping coming up!!!

last but not least .. thank you for linking to that shot of the silverware ... we had such a good time there, didnt we? xo

I am so envious of your husband getting to see those two bald eagles...mating or not! What a gift to have seen that!

George does look perplexed and forlorn in that pic I would say:)

Love the links...I found a new one I love!

My old girl needs a bath. But, no pampered pet near by.

Will have to wait till it's warmer outside.

sweet george. what an adorable face.

Those pics of your sweet smelling George were so much fun. He has so much personality and I'm thinking he's not quite sure about being all damp like that. That scene you described up your driveway with the butterflies(moths)had to be so incredible to witness! xo ~Lili