While I was sleeping 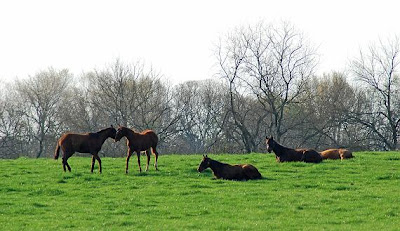 I'm not the only person in this house who enjoys taking photographs. My husband is actually a pretty good shot himself, and when I woke up this morning, I came downstairs to find that both he and George were gone and the camera was missing. And not only was the camera missing, but the zoom lens was as well.
Now, this is a big step for my husband, because he never changes lenses or settings on the camera. He just picks it up and shoots. But it seems that he is getting adventurous. And I find this very interesting. Don't tell him that. I don't want it going to his head. 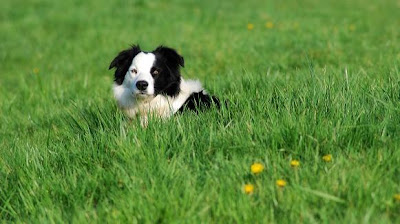 When they returned from their morning walk, my husband had a story about a fox that George had spooked up and I wish I could have been there to see it. Fox like to play, you all know that one, right? Well, this fox darted out of the woods and ran up the fenceline and George chased him, running alongside. They ran like this for a while. The fox knows that George isn't allowed into the horse paddocks. I don't know how the fox knows this, but it does. So they're running up the fenceline together, not 3 feet apart from each other, and the fox stops. Just stops. George runs on about 30 feet or so and realizes that Mr. Fox is not next to him anymore. The fox waits until George gets it, and starts running back the other way! Ran right under the fence and into the woods. It happened so fast that George actually looked surprised, my husband said. Outfoxed, he was! 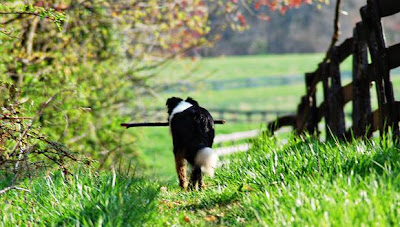 I love looking at pictures that someone else takes, especially my husband's. I try to figure out where he was standing when he took them and I see the farm in a whole new way, through his pictures. I chose these as a sampling I'd like to share with you of my husband's walk with George on an early Spring morning in April. These were taken before 8 am, which is when I got up. I like to sleep in until 8 am on Sunday.

Great pics - it is SO green there already! I think dogs are taking over the internet though!

Just got caught up on the last several posts. Sounds like your family was a hoot when you were growing up - it's wonderful to have a sister you feel close to. And also great that your friend's husband is home safe and sound. Love your hubby's photos! How's the knee?

I'm getting caught up, too. What is wrong with ny life that weekends are busier than weekdays?! So, here goes:

Happy Birthday to your sister -- how much fun to have a big family! (I'm an only child)

and your husband takes terrific pictures!!! I especially love that last one of George and the fenceline. Was George sheepish about being "outfoxed?"

Finally, have you ever read anything by John Katz? He has sheepdogs, and I think you might like his stories of life on a farm in upstate NY.

Have a great week!
xoxo,
Mary

Fun story about George and the fox. I have a border collie / Brittany mix and he loves to run, too.

I liked the title to your post - it reminds me of a movie I like called While You Were Sleeping. I saw the movie when I checked out a bag of material on Chicago as it has lots of images of the city.

It is a great movie and I liked it better than the guide books.

Love your husband's pics. Especially the last one. Mine is beginning to get into my pics, I think it won't be long before he tries his hand.
Great story about being outfoxed.

I tagged you on my blog this morning :)

My goal is to be as content as your George looks. (sigh)

My first thought was the same as dlyn's: it's so green there! And lol re: the fox.

Beautiful photos - your husband has a great eye! And that George is one handsome fella.

I love that dog! The pics are great, too!

Becky, thanks!
Olivia & Dlyn, green is coming to your town soon. I used to be amazed at how quick Spring would come to Virginia when my son lived there.
TS Annie, it's a good goal. Happiness is fleeting, but contentment is sublime.
Russell, I loved that movie. Sandra Bullock falling in love with an entire family is just the sweetest thing. My boss grew up with Peter Gallagher and played with him as a child!
Oh, Mary, thank you. Yes, we've read John Katz. I gave my husband a couple of his books for Christmas, too.
Welcome to Shimmy Mom. I love your bunnies on your blog.
And Leslie, the knee is slowly healing. Thanks for asking.

I love George! These are wonderful pictures of him.

The path George is walking looks warm and inviting.....I want to step right in and walk with him.