More ramblings and a funeral

Today was the funeral of my dear friends’ father. I’d known this man all of my adult life, from the age of 18 on, and his two sons are like brothers to me. I went to high school with his son, Warren, and his eldest, Jeff, is husband to my best friend Karen. After my husband’s MRI this morning, and then a hair cut for him (the first real once since his brain surgery in October) we came home and changed for the funeral in NJ, about a two hour drive from where we live here in Maryland. 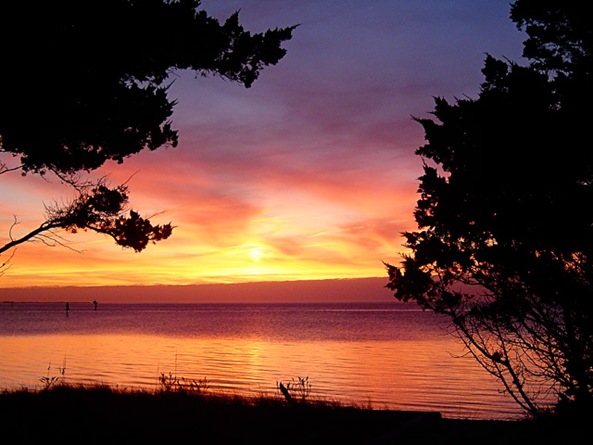 After we’d crossed the Delaware Memorial Bridge and were cruising comfortably down I-295, the car felt a little funny down below. My husband pulled over to check out the situation and came back inside to announce that the front driver’s side tire was dangerously low. Luckily, he remembered that a TA Truck Stop was about 10 miles up the road.

I said a quick prayer to one of my favorite saints, St. Christopher, the patron saint of travelers, and soon we were pulling into the truck stop. We headed directly for the air machine only to find that it was out of order. Luckily though, one of the burly-looking guys walking by told us to head over to the shop and he’d take a look at our tire.

I don’t know if it was the timing, our funeral attire, or the fact that we were just something different from the usual array of 18-wheelers and truckers that this shop attends to, but suddenly, we were surrounded by said truckers, one who looked just like Willie Nelson, only 200 pounds heavier. My husband got out and he and one of the mechanics were feeling around to find whatever it was that punctured our tire, but nothing was going. Water was suggested by my husband, and as it was poured over the tire in hopes of showing an air bubble somewhere, still nothing was happening. Someone mentioned it being Friday the 13th, but that date never held any credence with me.

I’ve never been the kind of woman that stands in the background while the ‘men’ work, unless I think they know what they’re doing or it looks really boring, so I was right up there in my Jones New York black slacks, with my black coat and my beautiful scarf. And it wasn’t until it was pronounced that there was no leak to be seen, when I noticed the tiniest of air bubbles and asked “what’s that?” 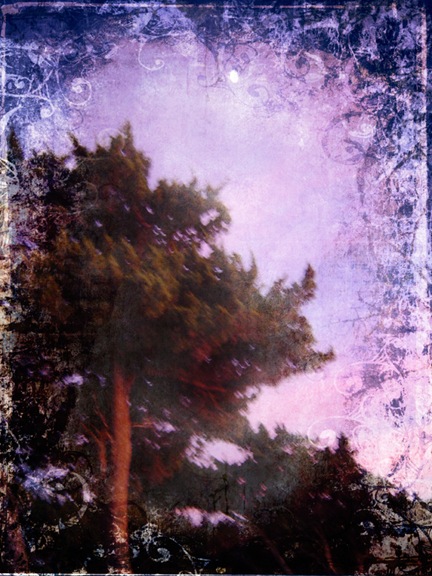 And sure enough, there was a small pinhole of a leak bubbling through the film of water. At that point, 4 pairs of eyes turned to me and one of the guys said, “damn, girl, you got good eyes.” The Willie Nelson heavyweight sipped his Starbucks while nodding in agreement and my husband looked at me with what I could only assume was pride. So I winked at him.

My husband looks good. And he had a haircut, so he looked especially good.

I didn’t mean to say that out loud.

Quickly, the tire was plugged and inflated and we were on our way again. And once we had gotten up to cruising speed, my husband took my hand and told me that was a pretty good catch on my part to find that little hole.

The full military funeral was quiet and respectful, with a 6-gun salute and the whole works. When taps were played, I almost cried. But then I got to thinking that this man lived a full and long life. He was in so much pain but he’s not anymore. He is at peace and his spirit is at rest.

I would have loved to to visit with them all afternoon, but my husband was tired besides, we can head back tomorrow morning.

Kate, I am sorry that you had a funeral of a dear one today, but glad to hear that he had a full life.

You are my kind of girl, right up there with the guys, and the one who found the problem! Hubby was a sweetie to recognize he has a good woman! Have a safe trip back :)

Sorry to hear about the funeral. Guess they are a part of life, though. Good for you, showing up all those guys in the shop. Glad you were able to get help and not get stranded beside the road in your funeral dress-up. Best wishes to your husband.

Would you like a link exchange with our blog COMMON CENTS? Check us out, I think you'll like it!!

Well, what an interesting day you had. Good for you to spot that air leak.

Sincere sympathy to
you and all folks connected with your friends' father. Driving to and from funerals is truly a time to ponder and reflect.

I hope your husband's MRI results will be good! And, that he will feel as superb as he looks.

Thanks for the chuckle over the trucker with the Starbuck's cup!

what a beautiful sky pic, and beautiful tribute to a dear friend, and I so wish you had a pic of the two of you :) glad the tire is fixed... i had all but forgotten about my trip up north last year and getting to mt vernon Il only to discover that somewhere in the last 700 miles I had picked up a screw... so we drove the last 70 on pins and needles literally then straight to my dads favorite tire place where they were closing up but the young man was kind enough to go ahead and remove the screw and plug the tire for me :)

I'm very sorry for your loss Kate, but I'm glad you were able to feel some peace about it.

Great job on the catch of the leak!!

Your pictures are gorgeous, very peaceful looking a perfect tribute.

you tell the best stories Kate,I know it's just life but you bring something to it, i so visulized your guys going down the road...have a good weekend..

You could have stayed with me. Again, you were within reaching distance of my house!

Glad your tire troubles were minor and not a blow out. Can I borrow your sharp vision?

I'm sorry to hear of the death of a friend Kate.

You must have some very good eyes.

thank you~
for your descriptive words
the orange sky
the wink and bubble
the care for your husband
the honor paid to a life
.............
ELK

That is just a beautiful story...and the reason I keep coming back (aside from the fact I now consider you not only a good read but a good friend.) Thank you, dear Kate!

I'm sorry you had to go through all of that but it's always heartwarming to know that a good man was so honored and loved. Glad the tire situation worked out too. *hugs*

I think maybe too much testosterone was clouding those mens eyes. It takes a woman!! I am sorry about your friends passing but it sounds like he led a good life. That is what is important. Hugs to you Kate.

My first question in this posting was why wouldn't you want to say aloud that your husband looks good? I don't think we hear enough positive in our days...to hear our loved ones STILL find us attractive long after the initial butterflies in the stomach have disappeared is ALWAYS welcome- at least in this house it is..my honey is a hotty and I think he gets better looking for every year we are together..maybe that is because I'm seeing more of his internal beauty then just the initial outside beauty??
Very cool that you found the problem with the tire- I probably would have been content to let the truckers and my honey figure it out..good we have women like you in the world!!
Hope you have a great day!

Love that first photo Kate...thanks for sharing it with us!

Clever you with the bubble!

Hope all goes well with results...

I'm sorry for the loss of your friend but glad that you were able to find the problem so that you were still able to attend the funeral with your good looking hubby. I'll be thinking best thoughts for the MRI results.

Loved your story Kate - it is always pleasing when a woman points out something about a car! Hope your husband's scan proves to have a very good result. Sorry about the funeral, but as you say - he had had a good life. Best wishes to you both.

I am sorry for your loss. Funerals are always hard. No matter the circumstances.

You sure do have a lot of adventure in your life, even though you don't think you do. So truckers do drinks Starbucks. Who would have thunk it.
I hope the scan went well. Always praying for you both.

Apparently truckers do drink Starbucks, Spruce Hill. It was probably a special occasion for him. My guess is that it was plain coffee, but I pretended that it was a Venti Caramel Macchiato. It was more fun that way.

Thanks, all. I hope the MRI is a good one, too. Have a wonderful Saturday.

My condolences Kate. What a beautiful post! It is sometimes better to move on to the next life than remain in this one and suffer.

What a sweet gesture by your hubby! It's those little things that mean so much!

Just found you. A beautifully written accounting of your day. And hope things are going well for your husband, as you'd mentioned a medical problem. You take phenomenal photos, by the way.
Brenda

So sorry for your loss and it is always comforting to know when someone is no longer in pain.

Good job on spotting the hole!

What a very heartwarming post! Truckers are the best people to come to your assistance. We have a similar story out in Colorado...
I love Jones of New York.

I'm sorry to hear of the loss of your friend. Russell lost his father this week, too, and his funeral was on Thursday.

And I reiterate what the fellows said to you, "Damn, girl, you got good eyes!" Let's hear it for the ladies!

Jones New York is my favorite label, BTW. My closet is full of JNY. LOVE it!

Always sorry to hear of a death. Sounds like he was much loved.

A beautiful tribute...to a dear friend, to your husband, and to truck drivers everywhere!

I wouldn't know what to do if I got a puncture, my knowledge of cars is very limited.

Sorry to hear about your friend's father. Funerals are always a difficult event but it seems St. Christopher was with you on that journey.

Welcome to Brenda. I'm glad you found me here. Hope to see you again!

May he rest in peace and may his family draw together and find comfort in remembering the past ..

I am keeping all digits crossed for an excellent MRI reading . xox

I'm sorry to hear that you lost a special person in your life. Glad too, that you were reminded how special you are to your husband. hugs

What a great hubs. May you all comfort each other through your loss.