People continue to amaze me

At the risk of losing some of my loyal readers, I am posting even more photos of our dog, George. There’s a reason to my madness, so bear with me here. 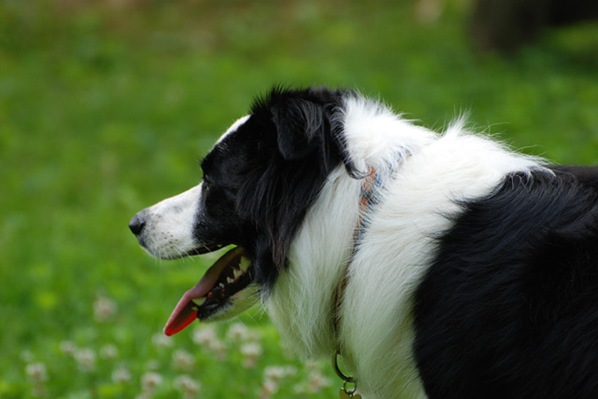 I have a friend who is a co-worker at my school. We hired him several years ago to teach the French language to our students. He is the most affable person, and is loved by everyone. He was born and raised on the Ivory Coast and was actually in the Olympics years ago! He also coaches our Cross Country and Girls Varsity Soccer teams. 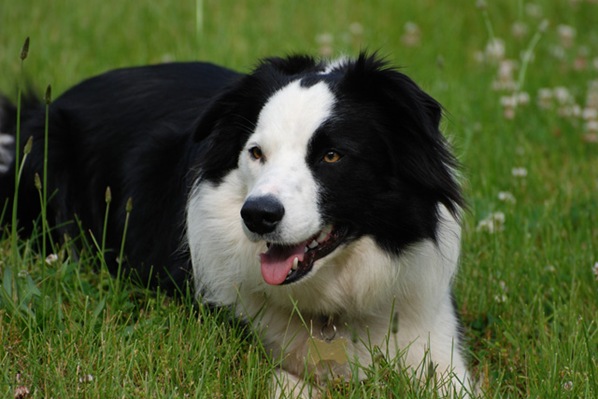 He is interested in photography and when I showed him my blog earlier this year, he said (in his French accent) something along the lines of “Sacre Bleu! Mon Dieux!” and lots of other things that I couldn’t understand. But he looked happy. And he looked interested.

Sometimes he comes to the office and speaks completely in French to me and for some strange reason, my four years of high school French can comprehend some of what he’s saying. This pleases him no end. 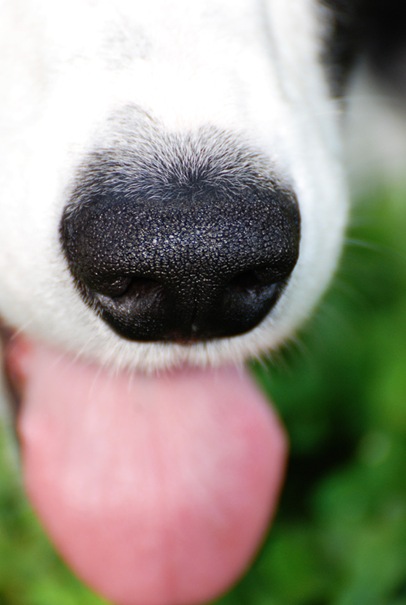 Because he has seen my Flickr account and those of others, he is now REALLY interested in photography and has taken it up with a passion. He recently purchased a Nikon D90 which came with a kit lens that’s really nice. But he wanted a good zoom lens, too. So he just bought the Nikon 70-300mm with VR and offered it to me to ‘borrow’ for a week or so.

I tried to turn him down. I even offered him my macro lens to fool around with. I am not quite sure what he was saying, but the next thing I know was that a Nikon zoom lens was being put into my hands and wow ~ it was heavier than I expected. 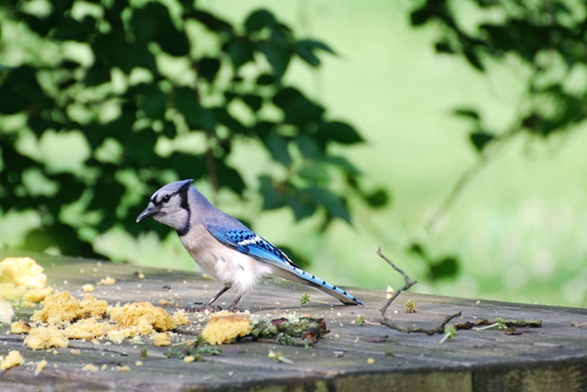 All of the photos you see here were taken today by my husband, on full auto mode. I brought the lens home yesterday but I couldn’t get it to focus when it was fully extended to 300mm and I was so nervous to have anything happen to it that I gave up.

But when I came home today and looked on the memory card, I immediately asked my husband which lens he had used today and he told me it was the borrowed one. And I said “wow”. Or maybe I said, “Sacre Bleu” or “Mon Dieux”. I don’t remember. 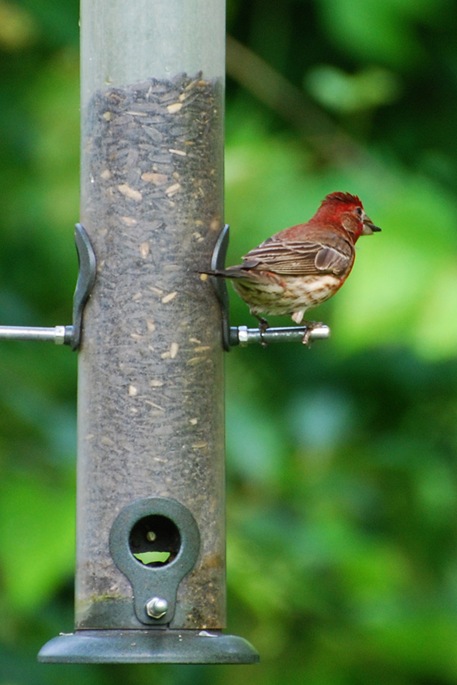 I just think that these photos are so much crisper and they make me happy! I mean, I’m not going to rush out and buy a new lens this weekend or anything. I just wanted to show you the difference between this and the Quantaray. I didn’t sharpen any of the photos here at all (I tend not to sharpen much anyway) and aside from using a slight boost from Pioneer Woman (slight, mind you) well, that’s about all I did here.

I love the one of the blue jay, and the finch is quite crisp as well. But I absolutely love the nose and tongue photo. I think it’s just such a nice shot. 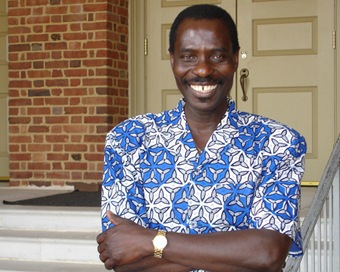 I’d like to introduce you now to my friend and co-worker, Avognan.

(And I am sorry but I can’t make the little marks above the letters.)

Thanks to everyone for stopping by, for your encouragement, your support and always your kind and funny comments. You make my day, every day.

How generous of him to loan you his lens. And what wonderful pictures your husband took with it. I can see why you want to purchase a new lens - it is really different.

My best lens is a Canon 55-250. I've only had it since Christmas and already can't wait to upgrade. Once you're hooked... you're hooked.

Di
The Blue Ridge Gal
(what a fabulous friend you have!)

a good lens is just amazing isn't it?? I do that sometimes when I look at the difference between my 85mm and other lens.

Fantastic! And I love his shirt. :)

I cannot believe the difference from one lens to the other. Some day, I will have a new zoom and macro lens...but secretly, I am hoping for a Nikon. Shhh...don't tell my hubby.

Welcome to Steve Ballmer. Don't know what a guy like you is doing here, but what the hell.

A good lens is what it's about, right? Oh, and Flea: he buys the material for his shirts from the Ivory Coast. And he has a local tailor custom make them for him.

First of all, I don't think you can lose any readers when posting about George....we love him! And I thought I was bad about posting sunsets!! And may I say WOW to your husbands camera skills....he is just getting better and better... actually, he is amazing at this photography thing! I am still using a cheapo camera. Maybe someday. And if so, my first pic will be of a bird ~ darn it!

and by the way, thank you for your lovely comment! xoxox

Oh...how kind!! I think we need to form a photography group at school...just adults mind you. What do you think? The pictures are wonderful too!!

...Oh now isn't he the cutest thing and speaks French too? Wow. ;o)

...I had a French salesman try to sell me handcream while shopping in a shi-shi-poo-poo shop once, and he said how it would help my cuticles but the way he said the word "cuticles" was just amazing! It sounded like, "q-tee-cooles"...I mean I swooned everytime he said the word...lol And yeah, I bought the handcream... :o)

...That shot of George's nose is incredible! Who'da thought that a dog's nose could be so dadgum cute?! And yes, I don't think you should rush out and buy this lens this weekend either Kate but def' by next weekend...*giggle* :o)

Wow is right...your husband got some wonderful photos with that lens...he'll be buying one for himself, nevermind for you:)

lol spruce I am drooling too... awesome incredable now i want one ... you thing i can have one for my birthday anniversary christmas and just cause i am a good girl??? HUH HUH HUH will you ask mike for me :) what a cool friend!!! nice to meet you Avognan:)

Well, I say bless Avognan for being "pushy" and your husband for not fearing what you fear (meant in the best of ways, of course, since my husband does those kinds of things to me so I kinda know what you mean :>]

That nose ROCKS!!!!! btw, no such thing as TOO MANY pix of George.

What a wonderful friend and coworker!! Now you have to get him to start a BLOG!!!!

This is the exact lens I use....that and my macro lens are the only lenses I use. One of the best purchases I have ever made!! I hope you are able to get one!!!

George's nose takes the cake....and the birds shots are FAB!!!

Ooo, now I know what to ask for for Christmas. I have the 200mm Nikon zoom, but this would really get me alot closer to the action... whatever action there is... :)

Me too!! - That nose and tongue shot won my heart! All of these are amazing. This is a great post, making me smile and your end is perfect, introducing us to your friend. Love his smile!!!

Now I really want to kiss George's nose and I think I am going into 'wanna get me a new camera' mode with Husband ...

Beautiful pictures. I love the puppy nose. One of my favorite parts of any dog!

My tongue is hanging out and I am DROOLING!!!!!

I work with a point and shoot Canon SX100 but drool with envy everytime I see shots from a more sophisticated camera. I might have to "borrow" hubby's Rebel.....

Your friend has such a beautiful smile!

And that nose shot on George...my favorite.

Hi, Kate
so long so long...I've missed reading you each day. SO MUCH! Gave myself a treat this morning and caught up on your blog.

May 16's ivory-toned pictures say it all about you. They sum it up:

Everything classy and beautiful.
You bring out the beauty in life. simple things, moments of living.
You are generous always.
You make everything graceful.
You are always unexpected and you always produce the intriguing.

Wonderful post! Not only beautiful photos, but great memories of speaking French. You are lucky to be surrounded by amazing males; George, your husband, Avognan. Have fun with that lens.
Laura

Oooh what I wouldn't give for a camera that takes such beautiful pictures!

Bonjour Avognan - that is about the limit of my French. The photos are lovely - saw my first blue joy in the US this year.
I agree that nose photograph is really something.

More than his smile, his eyes are smiling. I've known eyes like that. There was no saying no to his offer. And yes, what a pay-off! Gorgeous!

A new camera is on my wish list right now.
I want a Nikon ...

So I am saving up for it.
Enjoyed visiting,

Oh... such beautiful pictures! I have this secret dream that one day when I'm not working full time as a teacher, raising two kids and a husband (they do need some raising too you know...) I will take up photography. I'll take a course, buy a wonderful camera and travel the world just taking pictures... Ahhhh, it's a sweet dream isn't it?

In the meantime I'll run around with my little automatic compact camera and just admire blogs like yours.

Thanks again for sharing and helping me keep the dream alive:)

Alisa, that would be fun, wouldn't it? I think 3 of us have the same camera and Avognan has the newer model.
Katie, you are too kind. Good to see you again.
And tj, I would have bought the hand cream, too.
Dreamgirl, I hope that one comes true.
Thanks, all.

Wonderful photos... it's been a while since I visited and it's always a joy to come back!

I have this lens and LOVE it!

I love your pictures of everything, just love it. Thank you for making my eyes happy every day.

Daryl, On The M104 says that you took her new "icon" photo. I love it! How about flying out here to Waikiki to shoot mine? ;-)
Aloha - drop around sometime...

Kate...this was grand. The photos, the story of your inspiring your colleague. Thank God for people such as YOU and Avognan who choose working in a school! What a gift to the students!

What a great new friend you made! Loved these photos! And you know you can never ever in a million years post too many photos of George. :-)

Your friend has a kind and generous heart which shows in his smile and these photos. :)