This morning, there was frost on the ground for the first time and I when I got into my cold car, I actually wished I was wearing gloves. The trees reached their peak last week and the leaves that are left are fading or brown. It’s hard to imagine that only two weeks ago I took these photos. 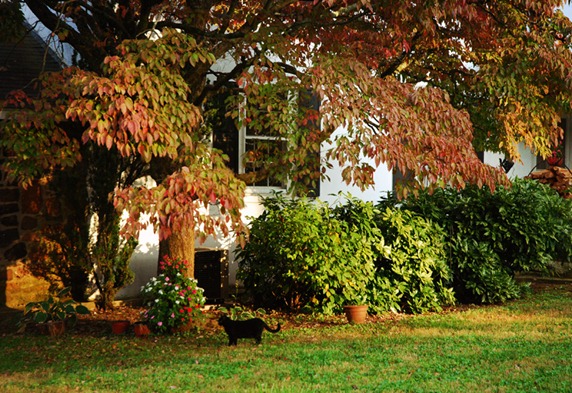 There is such a small window of time when the trees are at their peak and the dogwood hadn’t reached it yet in the above photo. 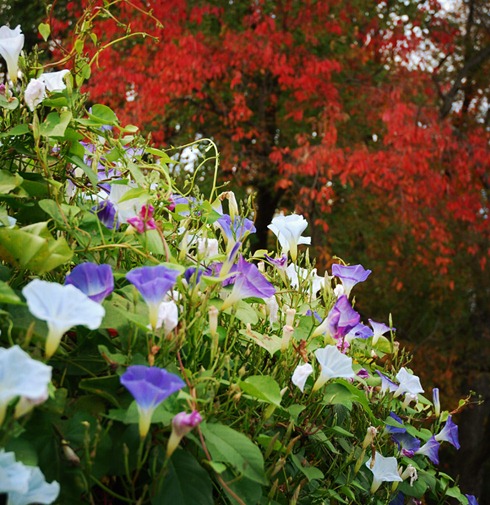 My submission for the red, white and blue contest.

If there were one, that is. 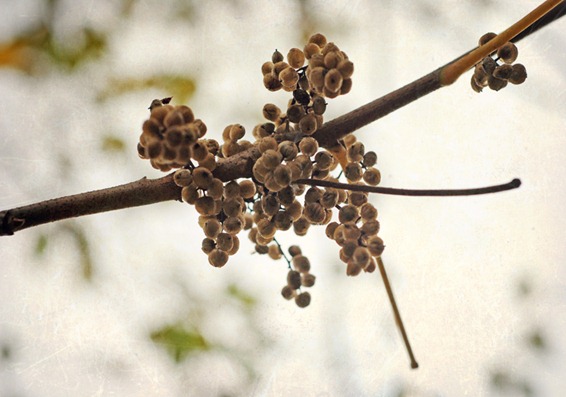 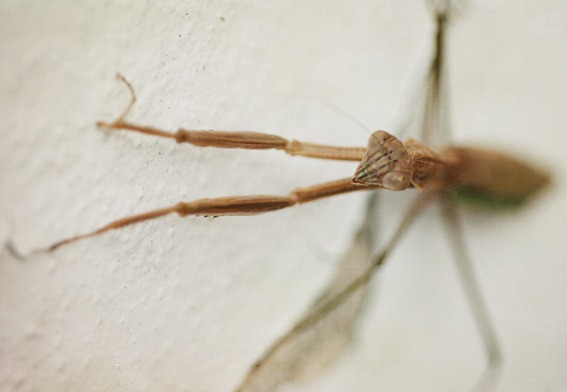 And you thought Halloween was over, didn’t you? 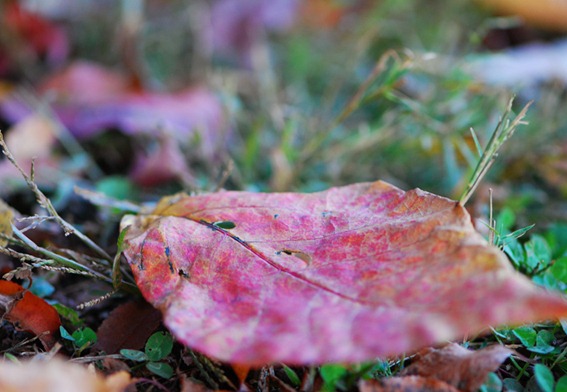 Lately I have an addiction to Netflix, particularly the Watch Instantly movies.

I think I use it as an escape. I hardly watch TV anymore. This weekend I watched several movies, two of which that I stumbled on, both of them taking place on the water. Not that I was searching for that.

ISLANDER (2006) takes place on an island off the coast of Maine where a lobsterman makes a mistake that ends in tragedy, costing him everything he has and earning him a 5-year prison sentence. The story is about redemption and his attempt to return to island life and the daughter he hasn’t seen for years. It stars Thomas Hildreth as Eben Cole and Amy Jo Johnson as his wife. Hildreth is wonderful in the role, especially after he gets out of jail. The wonderful Philip Baker Hall plays an islander who reaches out to Eben. But the real star of the movie is the gorgeous Maine scenery. I’d recommend it. I thought it would be a downer, but it really wasn’t.

ONDINE (2009) stars Collin Farrell as Syracuse, a down and out fisherman in Ireland, who hauls in an unexpected catch when the body of a beautiful young woman gets tangled in his nets. Syracuse’s young daughter, who is ill, is convinced that the mysterious woman is a selkie and not of this world. Perhaps she is and perhaps she isn’t, but suddenly the fish are practically jumping into the boat when Ondine (played by the beautiful Alicja Bachleda) is on board and singing. An interesting flick. Once again, I loved the scenery and really, is there anything that Collin Farrell cannot play?

I saw Ondine a few months ago. REALLY liked it!

OH....you scared me with that praying mantis !

and now i have two movies to add to my list !

You reminded me that I still have yet to see that movie The Islander. Your shots of the fall are glorious, as in morning glorious!! Yep, I'm tired. xo ~Lili

Lovely photos! I will have to remember to watch these movies. My channel of choice lately has been TCM. Some marvelous old movies!

The morning glories are beautiful against the red foliage...

Two movies I hadn't heard of, thanks for the review.

I did not think too much about Colin Farrell until I saw "In Bruges", and he broke my heart. (BTW, hubby and I stayed at same hotel as they were holed out in - v. cool!!)

Well, if you're looking for -lander movies, watch Highlander :)
It's pretty good.

Oh and definitely watch 'In Bruges'. Colin Farrell is so amazing in it.

Was wondering what Ondine was like. Too scared to rent it:))
Guess I'll have to go rent it now;)

Funny how things change when the frost rolls in....but there still is beauty:)
Thanks for sharing your captures with us!

The foliage reached it's peak here about a week ago with us too. I don't think it will be long before the trees are shed of all their leaves. I'll miss the wonderful colors.

I was just thinking the same thing the other day, why do I always have to come up with a name for my posts? And what the hell do I call them? LOL!

Peak is definitely past here as well. So sad. I'm liking the red, white, and blue 'submission'. I think it's a winner!

Both movies are good ! Your photos are wonderful! Have a great day!

great photos...we are having much cooler weather her in Texas....starting to need a jacket in the morning and at night...

That's so funny - I just watched 'Ondine' on Netflix last weekend, too! It wasn't what I expected, but I really liked it. And after being in Ireland two years ago, I loved the scenery!

And for the people who mentioned 'In Bruges' - I was there this past year! Great movie - and it was filmed right in Bruges (one of my favorite little villages in the world!).

Have a great week, Kate!

I, too, am addicted to Netflix instant movies! I rarely watch TV anymore. I'm off to add those two to my list! Thanks!!

I hear he's terrible on the piano

I hadn't heard of either movie. I'll keep them in mind.

I can't believe it's November already either. Eeeeek!

I didn't like Colin in In Bruges. I felt I was watching an actor the entire time. I was a bit disappointed. I'd heard how great he was. Weird movie, that.

I study rhetoric and persuasion, and clever post titles DO encourage folks to read. I learned that negative titles with negative words get more attention. Isn't that interesting? www.livewithflair.blogspot.com

Yeah, where did October go???

And I'm sorry, but we DO count on you to come up with clever post titles...

Well it's wet and soggy here!

I need to get on the Netflix bandwagon. I am so behind.

Oh wow! That Red, White and Blue is a sure winner. Beautiful...

Oh, I like your little BOO creature. Aren't the mantis just the sweetest when they turn their little head and look you straight in the eye? Love 'em.

Love Netflix! What did we do without it?

...and where did October go already?

Loved this whole blog. Your photos are stunning as always and always inspire. Love the cottage.
Have a nice afternoon/ night .
Lisa xo