Lend me a heart replete with thankfulness

I’ve overslept this morning and it’s gorgeous and I want to get outside in it. I picked up our eldest son at the train station late last night. He’d travelled from NYC into Philly and called to tell me his bus was late and he’d missed the train by only six minutes. The next train would get him here at 10:23.

I don’t know what’s wrong with me, or what I was thinking but at 10:28, as I was sitting in the local train station, my phone rang and it was my son asking where I was. I told him I was at the train station waiting for him! Apparently, I was at the wrong train station. D-oh! As I raced north on I-95 to get to the big station in Wilmington, I wondered if I'd misread his e-mail and what the hell was wrong with me that I couldn’t remember which station to meet him. Is there already too much information in my head and some of it’s leaking out? 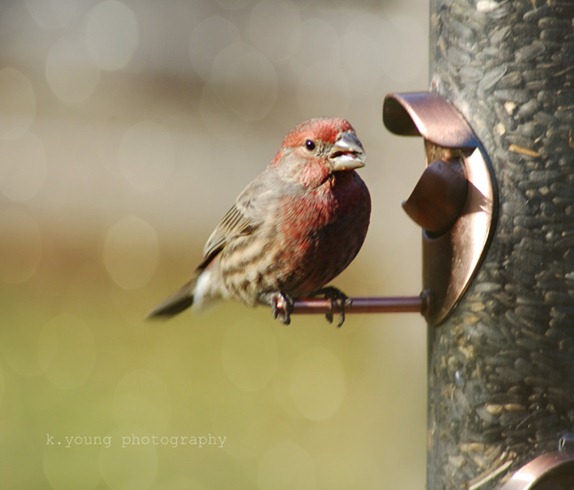 Regardless, all was well. And with Thanksgiving travellers on the road, traffic was backed up, and we didn’t get home until 11:30. And then, of course, it was impossible to just fall asleep after all that.

I think Chelsea Handler is hilarious. And raunchy.

And I think I will just laugh at myself rather than worry.

Later today, it’s my husband’s appointment time in the city so we’ll be travelling. And I’m sure George will be glad to have someone staying home with him while we’re gone. 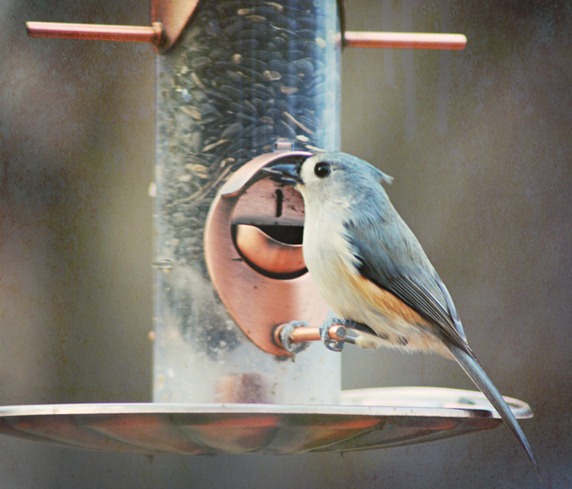 I hope you have the time to check out the public service announcement below and make a pledge to stop childhood hunger in our country. And if you can, please help spread the word.

I am so thankful for all I have. To all of my readers in the States, I wish you a blessed Thanksgiving.

O Lord, that lends me life,
Lend me a heart replete with thankfulness!
~~William Shakespeare

Safe driving today as I know many travelers are out and about and in a hurry to get somewhere. Enjoy Thanksgiving with your family!

Thanks for this!! I love those birds. By the way, I took a pic of the rainbow over my house yesterday. I've had two photography lessons now, and I'm addicted to this! http://livewithflair.blogspot.com/2010/11/double-serving-of-peace.html

lOl! It happens to all of us.

You are not the only one. I missed my awards banquet on Saturday night. Completely forgot about it. Even had paid to attend the dinner! How dufus is that?

Stay warm. Stay Safe. I'll be keeping good thoughts for you & your husband tomorrow. Enjoy your Thanksgiving with your family and a big hug for George.

Happy Thanksgiving, friend. :) Grateful to have gotten to "know" you a bit this year. Blessing to you and your family for the holiday season. Enjoy your time with your son.

As long as everyone is together and all right, that's all that matters!! Happy Thanksgiving to you and your family too!

Happy Thanksgiving, Kate. And hey, at 45 I have senior moments.. we are so full of information, we can't possibly hold it all in.

the happiest of thanksgiving to you and yours.....

...Post It Notes. Strategically placed right on the ol' forehead works for me e-v-e-r-y-t-i-m-e! If I don't, then fuggedaboutit 'cause, I've done did. *giggle*snort* ;o)

...Here's wishing you a very Happy Thanksgiving filled with too many blessings to even count!

Hope you have a wonderful Thanks giving !

My brain leaks all the time. I showed up a day early for my last orthodontics appt. No telling what I'll forget tomorrow. Usually it's putting the rolls in the oven until we are half done with our meal. DOH. Ah, well.. all you can do is laugh about it at our age.

Ya just gotta laugh!! At least that's what I do...laugh at myself. Have a great holiday with your family Kate.

Simone @ Doberman's by the Sea said...

Bless you Kate, You're special to me and I'm thankful for you. Enjoy your son and family.

happy holidays and i hope all goes well at the doctor. and enjoy the visit too! :)

Oh well...that's just life, right. And all is well. BTW...Chelsea Handler is my hero. Seriously, I love that woman! Have a beautiful Thanksgiving.

Enjoy your Thanksgiving with your oldest son and dear husband! It sounds like you have a hectic schedule and a great attitude to boot! I often enjoy late nights with Chelsea too, yeah she is a bit raunchy but she sure knows how to entertain! xo ~Lili

I'm sure your weekend will be filled with happiness...and great food. Happy Thanksgiving.

Happy Thanksgiving.
Have a wonderful rest of the week and weekend.

Happy Thanksgiving! I have so enjoyed your photos this fall. Looking forward to holiday pics.:)

Sounds like something I'd do Kate! Love the PSA... and have truly often wondered why no one focuses on kids right here in the US who are hungry. Happy Turkey Day to you and yours!

Glad all worked out with picking up your son.

Hope you have a Wonderful Thanksgiving!

PS - Of course your bird pics have stolen my heart :)

May your day be filled with love.

Happy Thanksgiving to you and your family,
Merisi

Have a wonderful Thanksgiving. Carla

They say our brains are like a huge computer...info in ~ info out.
I guess I need to call a repair tech 'cause I seem to have a delete
button acting at will. I am missing way too many stored items!

"And I think I will just laugh at myself rather than worry."

More and more, that is my approach to life. It really helps sometimes.

Replete...one of my most favourite words. : )