Lots of good going on

Hi, all. Gimpy here. I want to thank everyone for their kindness in the comment section yesterday. I was embarrassed to tell you that it even happened at all, but ended up being overwhelmed with your honesty and support. I had no idea how many clumsy people like me there are out there!

Thanks for sharing your stories with me. It really did make me feel better.

There’s lots of good going on, and I’m sending the lens to Nikon tomorrow to see if it can be repaired. I’ve already had a friend offer to lend me her macro lens, and even though I don’t think it will come to that, I want to thank her for the offer. (Thanks, Daryl). 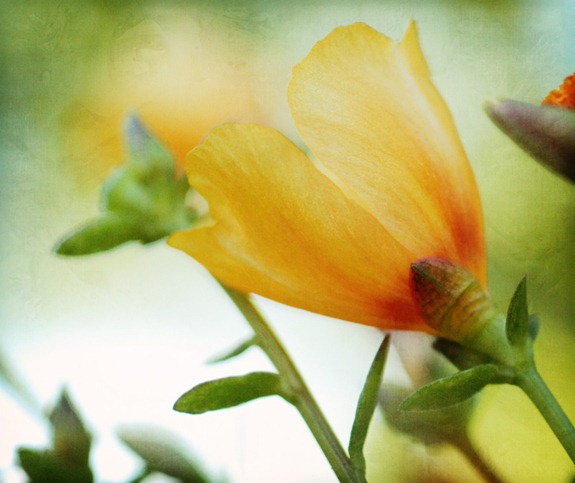 Other good things today included the fact that the external hard drive issues have been solved. It was a faulty USB cable which I’ve replaced and all is working well now.

And my knee appears to just be badly bruised. Yay!

Today, I ordered lunch out, which is something I rarely do, and ended up having the most fantastic sandwich. I tried not to groan as I ate it at my desk and ended up thinking of the character of Joey Tribiani from Friends. If you were ever a fan of the show, you’ll remember that his favorite food was “sandwiches” and now I know why. That turkey club was nirvana.

Tonight (Wednesday) at 10 PM, I’m watching a show that was recommended by a friend. It’s on the TV Land station, channel 304 on DirecTV and it stars Betty White and three other actresses. It’s called Hot in Cleveland. I don’t know much else about it other than the fact that tonight is the season finale. The show stars Valerie Bertinelli, Jane Leeves (from Frasier) and Wendie Malick. I love Wendie Malick. You may remember her from Just Shoot Me where she played fashion editor and former model Nina Van Horn and was, in my opinion, the best thing about the show. 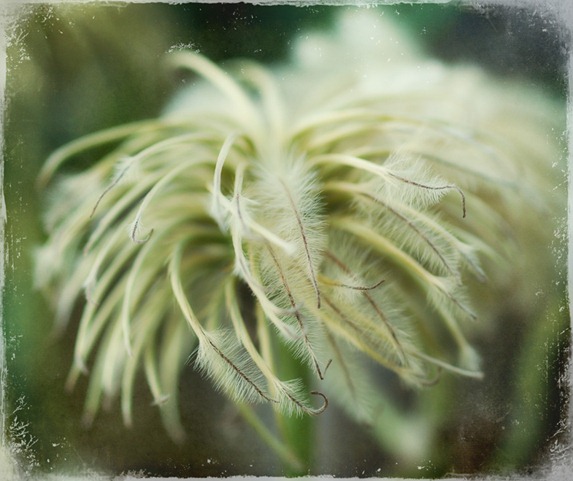 Today my hair looks like this spent clematis head, which is an improvement over what it looked like yesterday.

The photos in this post are macros from my vault, all taken in August 2008. I thought I’d dig them up and play with them tonight. 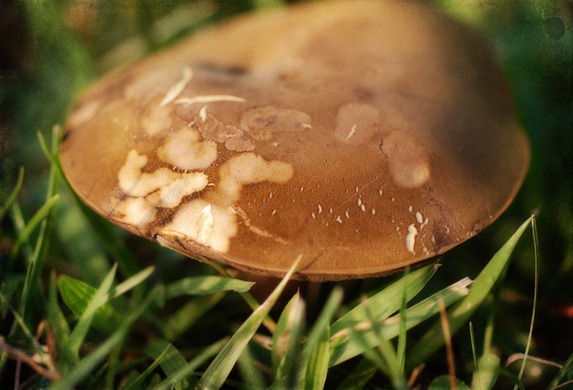 And you can never go wrong with mushrooms, as far as I’m concerned.

glad your having a better day....great photos...

Yes, I love Hot in Cleveland. It is funny.

How sweet of Daryl! I do hope your lens can be repaired..the photos you take with it are exquisite!
Good news about your knee.
Hot in Cleveland is very funny:)

I've heard of that show and have wanted to watch it....maybe tonight. Your photos are beautiful as usual.

let's pray that the nikon gods can fix your lens and that it'll have a speedy recovery :)

and yeah for your body having nothing but bumps and bruises !

:) lovely vault shots. i have this aversion to mushrooms, well except in eating them. i think it is because something my photography teacher said about them....LOL

glad today is a better day.

I'm counting your blessings as in nothing broken.
I got my pics today and I love them. Thank you so much...
Have a better day again tomorrow.

Glad you are okay. Bumps and bruises are not fun. I hope your bruised camera lens can be mended - I know it's an important part of your photography.

I save some photos for later just because I know I'll want to play around with them at some point. You seem to be loving textures as much as I am right now!

Glad you are on the mend!! :) You will also be glad to know, I OPENED my PSE program, and even opened a file! But that as far as I got! The better you get at your laptop the more I better educate myself huh?
Keep icing that knee, and keep it elevated. :)

Wonderful photos, sorry about your accident. I am happy to see lots of good is going on now.

Ahhhhhhhhhh Kate so sorry about your fall, and your knee. Hope it heals speedily.

I can just see you enjoying that sandwich..:)
You're too funny!

Ouch Kate... I just caught up on your post from yesterday. I was hurting FOR you as you fell if it's any consolation. Glad it is only badly bruised. Hope your lens can be repaired. We've all been there my friend. Sending warm, but gentle, hugs to you.

Heal up girl! There's no gimping around. It's not allowed! ; )

I like the shots, and I totally understand the hair do. Can't say I've photographed many mushrooms . . .

Glad to hear that things are looking up. That is so generous of Daryl! I hope Nikon can repair your lens, because you do some amazing work with it. I love the textures on these photos -- beautiful!

Glad the knee is not too bad, just remember to ice it still (20 min on, 20 min off- my daughter has many sports injuries) Hope the lens can be mended! I've never inspected my Clematis after the flowers were gone... now I have to go look at it. Great photos

So happy to hear you are feeling better. As always, I love your photographs and hopefully, you'll soon be taking more great shots with your repaired lens!

Take care of that knee!

Morning...I'm so sorry about your fall but glad it appears to be a bruise nothing broken or torn. My Dad used to tell me I could not walk and chew gum at the same time...and he was right. LOL

I LOVE HOT IN CLEVELAND. I've been watching it from the beginning. The ladies are all a hoot. I hope I look 1/2 as good a Betty White when I'm her age.

Keep the knee moving ... even if its just a bruise it will get stiff from sitting .. I know this from my many experiences in falling .. I can do it almost gracefully now ... almost.

And you are right, you cant go wrong with mushrooms .. next time try them on the turkey club .. my favorite sandwich used to be toasted sour dough bread with honey mustard (made with wasabi and real honey) lettuce, tomato, cheddar cheese, turkey and bacon .. oh my .. now I have it without the turkey and bacon and its yum but not the same...

It's not clumsy; it's a result of age. There's some great scientific reason but, essentially, it boils down to our inner ear losing its balancing capability. Which is another reason it's so important to exercise as it keeps our bodies trained to keep our balance.
Go easy on yourself, there are too many people in this frosty world just waiting to be hard on us. Don't give them a toehold by going first.

So glad you are much better. Luv a good sandwich too!

Great shots. I'm hoping they can fix you lens.

Glad you are on the mend. Dayrl seems like a really great lady. Your bad hair day comment & photo made me laugh!

I just read what happened after finding your blog (I love it) - so glad you're having a better day. I would have been in tears but I'm sure they can repair it. Anyways, just stopping by to say hello as your newest follower.

So glad to hear you're on the upswing. My thing is cutting corners when I walk, thereby soundly banging my body parts, usually my upper thighs on pointy desk corners, and the like. I count a victory if I have less than 3 big bruises on my legs at any one time.

I don't watch tv anymore. It wasn't really a directed thought, it just evolved into that as my days got busier and my interest in what was 'on' waned. Frankly, I don't miss it a bit. That said, Friends was one of my favourite shows while it was on. I mean, could it BE any funnier? *grin*

I"m sorry but I laughed at your hair remark too, mainly because I completely understand. The humidity here is wreaking havoc.

Gosh, I have GOT to get out more - see what happens when I don't check blogs for a couple of days? Glad to hear you're feeling better and hope the camera isn't too badly damaged. At least there were no witnesses - well, none who can divulge what they saw, anyway.

So glad that you are on the mend....take good care of you...your photos are a bright spot in my day....smiles.

I am glad the knee looks like it will heal. If I had a Nikon, you could borrow my lens too ;0)

I've never seen any of the shows you have mentioned, although I have heard of them.

I miss you, my friend. Let's make a date to take a walk...without falling.

Well you might be a little gimpy, but your sense of humor is still intact, and that is a very, very good thing...
Feel better.

Your photos are always so beautiful! I especially love the first yellow flower in your post with the textures. I'm glad you can move about well today! Hope your aches don't last too long!

Glad you are on the mend.

Mushrooms... lovely to look at and macro, but they make me erp. Sorry to be graphic.. erp erp erp.

Hope your bruises will heal fast.

Oh good about the macro lens! YOU especially should always have yours handy. Your images are so dreamy Kate! ~Lili

So glad things don't look so bad...lenses can be repaired but knees...not so easily:)

Love what you are doing with your old macros!