My childhood was typical, summers in Rangoon . . . 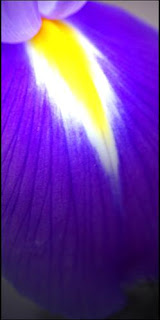 Very well, where do I begin?
My father was a relentlessly self-improving boulangerie owner from Belgium with low grade narcolepsy and a penchant for buggery.
My mother was a fifteen year old French prostitute named Chloe with webbed feet.
My father would womanize, he would drink, he would make outrageous claims like he invented the question mark.
Some times he would accuse chestnuts of being lazy, the sort of general malaise that only the genius possess and the insane lament.
My childhood was typical, summers in Rangoon, luge lessons.
In the spring we'd make meat helmets. When I was insolent I was placed in a burlap bag and beaten with reeds, pretty standard really.
~Mike Myers, Austin Powers Man of Mystery
I'm watching Austin Powers, the first one. This film, for me, makes me think of nothing but being with practically my entire family, visiting with our dad because he was dying.
The year was 1997 and my father had taken a wrong step, going out his side door at my parent's place in Barefoot Bay, FL. He ended up breaking his hip, then nearly dying of pneumonia in a hospital down there. By the time I arrived, he'd been moved to rehab and the prognosis wasn't good. Then the rest of my siblings showed up. For the best part of a week, we stayed and visited with him every day in that rehab. He says that he didn't even know we were there. He'd rally every once in a while, letting out a laugh (as if he'd been listening) or smiling.
In the evening, we'd gather at my sisters house and one night we rented this movie. It was just what we needed. Sophomoric in its humor, it made us laugh to no end. My brothers were imitating Mike Myers going down the stairs (behind the couch), going down the escalator, rowing a boat, using the elevator. I don't remember laughing as hard in my life as I did that night. As troubled as we were during the day, visiting with our mother, making funeral arrangements, and being with dad all day in the hospital, we needed a release and this movie gave us just that.
In the end, my father got well. He's still alive and living with my sister Ginny (see post below) and is 89 years old.

Uh-oh, gotta go. Austin's dancingto "I touch myself" for the femme botts.

Sometimes I like a movie just because of how it makes me feel. How about you?

Wow, I remember that night we were all at my house watching that inanely stupid but hilariously funny movie and Pete and Steve imitating the "Man of Mystery." Egad, and the hair on Austin's chest. Ew, yuck! I really thought Dad was a gonner for sure but surprisingly he got better. I remember us saying that at least we didn't have to get him a christmas present that year. Bad humor has always gotten me through sad things.

Don't forget the underpants that he was wearing too. Such a total turn-on, combined with the hairy chest!

You're not Marianne, you're Ginger with Marianne attributes. And I'll always remember that night.

Great comic relief at our house is "Dumb and Dumber"......we laugh our heads off.

So glad you're dad is still alive and well. Yep, the funnest times I have is with my clan. We 4 sisters all have a "sister's retreat" every year, usually in April or May. Last year we hijacked a friend's house in Florida. This year we're each bringing a girlfriend and renting a beach villa on Dauphin Island, Alabama. I can't wait.