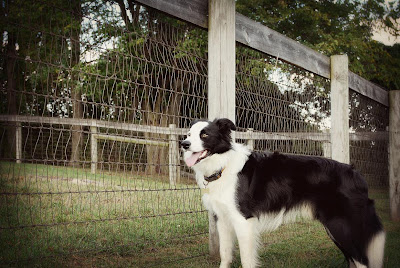 We're watching Greatest American Dog, which apparently is one of my husband's favorite shows. Don't tell him that I've let out his little secret. He'd probably be embarassed. Heck, while we're at it, I'll clue you in that another favorite show of his is Wipe Out, but more on that later. Greatest American Dog is one of those reality shows. They bill it as "where proud pet owners live together and compete in a variety of challenges". The winning team takes home a quarter mil, so that's a huge incentive. 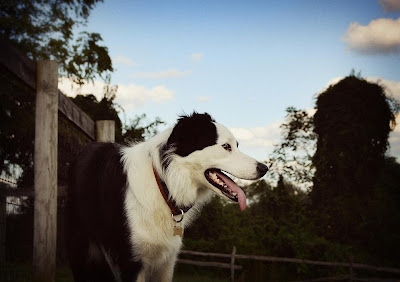 We're down to Laurie and Andrew, Travis and Presley and J.D. and Galaxy. You'd think I actually watched this show, wouldn't you? We were routing for the border collie, but we really didn't like his owner. And I'm using the term "we" loosely here, ok? Now that it's down to these last three, I could care less who wins. But, if I was forced to choose, though, I'd go for Travis and Presley. Although he's just a young dog, Presley the Boxer simply shines. Andrew the Maltese seems to go haywire when his owner isn't around and the dependency he has on her is just plain weird.
Uh-oh. There goes J.D. and Galaxy. They've just been eliminated. Oh, the humanity!
Ok. Enough of the dog show! It's just something silly to watch.
Besides, I have my own dog show. George is bouncing around the living room chewing on his green froggie, chasing toys and now he's licking old boot. He loves old boot, which is one of my husband's cast offs, full of barn and horse smells and oh my, it's so yummy when he brings it to me and drops it on my Ethan Allen couch. Yuk! it weighs a ton, too.
And now for your reading pleasure, I'd leave you with some dog quotes.

"Dogs are our link to paradise. They don't know evil or jealousy or discontent. To sit with a dog on a hillside on a glorious afternoon is to be back in Eden, where doing nothing was not boring--it was peace." - Milan Kundera

"If you are a dog and your owner suggests that you wear a sweater. . . suggest that he wear a tail." - Fran Lebowitz

"What kind of life a dog . . . acquires. I have sometimes tried to imagine by kneeling or lying full length on the ground and looking up. The world then becomes strangely incomplete; one sees little but legs." - E V Lucas

"To err is human, to forgive, canine." - Unknown

"You can say any fool thing to a dog, and the dog will give you this look that says, `My God, you're RIGHT! I NEVER would've thought of that!'" - Dave Barry

And finally . . .
"I hope if dogs ever take over the world, and they chose a king, they don't just go by size, because I bet there are some Chihuahuas with some good ideas." - "DEEP THOUGHTS" by Jack Handy

I like wipeout... its insane but I want to go down that HUGE slide in the last round.... of course the balls would be a hoot too!
but NOT on tv LOL.
George is so adorable! hope your feeling better and healing up quickly~

You are not going to believe this, but I am here from the black box!! and I love your blog!! :D

I am going to have to put one on my sidebar, too.

I found you through my widget

Aww, I bet "The George Show" would be an immediate hit! Next thing you know, you could have lucrative merchandising tie-ins, and they would be giving away Old Boots with the Happy Meals at Mickey D's. :)

Ha! Mary, go ahead and be punchy. I think old boot is hilarious.

Welcome to Willow and SSC the Domestic Diva, who bears a striking resemblance to a young Elizabeth Taylor. Love it!

And for those of you who don't know what the black box is, look on the right hand sidebar. Then click decide. You will be taken to a mystery blog. It's fun!

I think a show about George would be awesome as well. Loved your post and my television vice is two fold: Gossip Girl (I know, I am so lame) and I really like Priviledged because it reminds me of Gilmore Girls but with a lot more money and bad behavior...

Okay! I have to get out more often!! I had not heard of this show until this moment!! And I love dogs!

Looks like a fun show. However, I will be honest, your dog, George, is still the Great American Dog!! Well, okay, Bailey's right up there, too!! Let's call it a tie!!

Take care and thanks for stopping by yesterday - I read all your comments and was happy to see you back!

Well, I like Tori and Dean...but would watch The George Show any time;)

Love your post and your dog quotes. I hope you have a nice day.

Wipeout was watched once by accident .. 'we' thought the TV was on another station and 'we' were sure the show 'we' stopped to look at was almost over .. 'we' were wrong .. ahem. HOWEVER it was truly funny .. not funny enough for another viewing however...

I love dogs and loved this post:)
I'm going to try this black box thing now:)

I watched that show a couple times but when I realized how many brain cells I was losing each week, I stopped. [just kidding - I watch Survivor after all]

My favorite dog quote is this one by Mark Twain:
"Heaven goes by favor. If it went by merit, you would stay out and your dog would go in."

I am not so sure this would be true about Riley however.

OMG those are hilarious! I love the wear a tail quote! Ha!

My favorite dogs are border collies. A dog just like George saved my life once.

Russell has a great dog too, Bailey, and he's part border collie. Bailey writes his own blog. I'll bet the dogs on Greatest American Dog can't do that. ;-)

Give George a little scritch behind the ear for me. He's a gorgeous dog.

I'll cast my votes for George and Bailey too.. for the greatest American dogs, that is. But Benny wins hands down in the Canadian category. ;)

oh my! What channel is that dog show on??? I love dogs any way,shape,form or fashion!

George is a magnificent dog.

This one I love: "To err is human, to forgive, canine." - Unknown " she says as she yells at her dog to stop eating the kid's food.