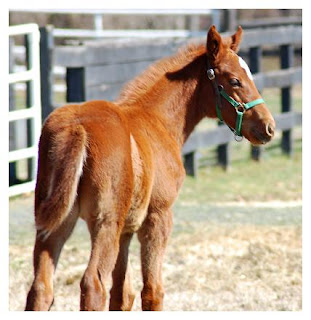 I had a really relaxing time with my friends this weekend in NJ, but I'll tellya, just getting there was tough. It was raining when I left, and the wind was picking up. I've driven in worse, but it was white-knuckle driving nearly the entire way. I read in the Philadelphia Inquirer today that a huge section of 95 outside of Phila. was closed down due to accidents caused by yesterday's weather. Luckily, I wasn't on 95 but it was harrowing enough. My son was flying from JFK to Richmond yesterday and after the plane took off, the rain began. He said it was the worst flight he'd ever been on and people were making good use of their barf bags. Here in Maryland, we were under a tornado watch, but I'd already arrived at my destination in NJ, so it was ok. 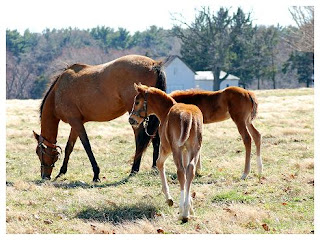 It was good to get there, though and the rain abated enough for us to take a walk in the state park nearby. Then it started pouring again and we elected to just stay home and relax. We were planning on making dinner, but all I really wanted sushi and eventually, we called Karen's husband, Jeff, and he kindly brought us some and all sorts of goodies and stayed for a bit with us. He's really nice like that.
I love my friends and I think next time, I'll have them come out here and we can camp in the backyard. We like setting up the big walk-in tent and having a campfire and Adrienne can bring her puppy out. Hopefully, she'll get along with George. I think George already likes her because apparently her scent is still on my jeans and he well, to put it delicately, he wanted to have my jeans in a manly sort of way. In fact, I had to change clothes because it was getting ridiculous and my husband would not stop laughing. So maybe he'll like her just a little too much. We'll have to see about that. 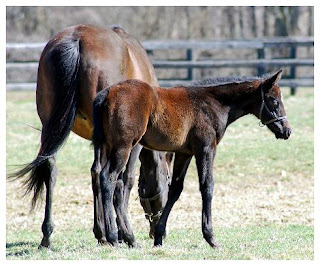 Today (Sunday) is a beautiful day and the drive home was smooth and uneventful. It always feels good to come home and as I turned into the farm driveway, I saw that the foals were out enjoying the sunshine. Here's a few pictures of them that I took real quick. I'll get some better ones next weekend when I can get closer. 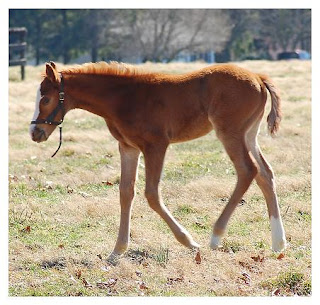 I liked this post very much. I did not see it until this morning.

I was noticing your horses and colts. Here is a BIG question for you!! Keep in mind I have been involved in BIG debates over this HOT issue!!! Okay, not that big and not so hot, but anyway....

I noticed your colts and horses are wearing halters while outside. We know little about horses (very little!). But when we moved to our acreage and first had our pony and then a horse, one of the "old timers" drove in and told us - in no uncertain terms! - to never, never, never (!!) leave a horse out in a pasture or coral with its halter on.

We were told the horse could get hung up on it, etc.

Other people told us the opposite! They said to leave the halter on so you could catch the animal easier and so they would be used to it, etc.

SO, at horse shows I would find myself looking back and forth - some people said never leave a halter on and others said always leave it on!

If you have any thoughts, please share them with me! I would appreciate it!!

Oh Kate, what beautiful foals! You are so lucky to have such wonders in your backyard! I am going to show my daugher (also named Kate)these pictures. She absolutely loves baby animals, and she will love to seeyour pics.
xoxo,
Mary

I'll be glad to tell you what little I know. My husband's the horseman in the family, but I do know that
colt = boy horse
filly = girl horse
foal = baby horse
weanling = foal that has been weaned from its mother
yearling = foal that has turned one year old (in Thoroughbred breed, they all turn one on January 1st)
At one time or another, that old timer must have a horse hung up pretty bad on its halter. The farm leaves the halters on while out in the paddocks. Notice the little straps hanging down on some of them? It makes them easier to catch, although they'll pretty much stick to their mothers. You want to handle them every single day.
I've lived on so many different horse farms in my life, probably a dozen. And every farm I've lived on throughout Pennsylvania, Maryland and Virginia, has left the halters on their horses.
So it sounds like there's two schools of thought on the halter thing.
Hope this helps! ~C.G.

I love foals!! They are so cute. Will you keep them or sell them?

Hi, Jennifer.
The broodmares and foals born on this farm are primarily owned by other people who board them here. I've lived on all sorts of horse farms and the one I live on now is a stallion farm. The stallions are housed here (in quite luxurious accomodations, I tellya) and the mares get shipped in for breeding. Most of them arrive when they're almost due to foal and then after they have the foal, they get bred (not right away, mind you!) Some vans simply bring the broodmares over for what I've always called a stop 'n pop. Sorry to sound so crude. But they pull up, go into the breeding shed, get bred, and then they're back on the van and heading home. Voila!

Thanks so much for your comments about the halters! I apologize for the delay in getting back to you!

Out here in Iowa I see about half and half - half the horses and colts have halters on when outside and half do not.

You are right - someone had a horse hung up on a halter and that was why he thought the way he did...