Wrap-around skirts: they're not for everyone 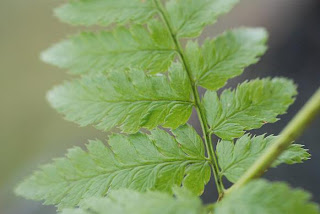 Another in My Hall of Shame series. The Hall is not just about being embarassed. It's also about some shameful things I've done in my life. Things I'm not very proud of, but they've always made an amusing story. And you all know I'm all about the stories.
Back in the early 80's, before I had my children, I worked for a woman who was a very, oh let's just say, a very difficult person. Just in case she ever reads this blog, I shouldn't mention her name, but I highly doubt she'd ever read this blog, so Ok, her name was Sara. She and her husband ran a monthly horse publication out of their home in PA and they hired me from a daily newspaper where I was employed. We used to do their production work for the horse publication, so I knew Sara and respected her. It's probably why I was one of the few people who got along with her. I was really good at what I did and we respected each other.
And so I went to work for her exclusively. And ended up staying there for years until I just couldn't take her anymore. But for a long time, I was the one constant in that office and saw many people come and go. I saw young girls leave her office in tears, one broke out in hives, the rest quit, and I'm making her out to be like Josie at C'est La Vie's Black Widow Spider. Actually, that would have been an apt term for dear Sara, but I saw another side of her. I saw a generous soul who loved having a good time. She always took us to Longwood Gardens at the holidays. She took us out to dinner after we put the paper to bed every now and then. The other girls said it was because she didn't have any other friends, but I didn't care. We went to nice places and laughed and ate and drank. And Sara was always fun to be with when she drank. But I digress.
I didn't care that she was raised with a silver spoon in her mouth and I didn't care that she acted like she was better than everyone else. I saw her break down in tears one day after me and another one of the girls gave her a beautiful grey cashmere sweater for her birthday. I liked Sara. It was what enabled me to work for someone that difficult.
Sometimes, though, Sara could be very mean. Not to me, but she was mean over the phone and mean to the young girls that worked for her. And to heavy people. Sara really didn't tolerate overweight people very well. She had two huge dobermans who used to follow her around everywhere. They ate everything and anything. One of them had a particular affectation for socks. The smellier the better. You could always tell when a sock had been consumed because the office smelled like a giant fart for the entire day. Oh, my. And one particular day, I was feeling like I was having enough of Sara. And her dobermans that stunk to high heavens. And this is where the shameful part came in.
Sara sauntered into the office at the end of the day in another of her wrap-around skirts and halter tops. She must have been in her late 40's at that point, but she was very petite and in excellent shape. A handsome woman. But her fashion sense was always a bit off. Halter tops and wrap-around skirts had gone out years before, but she was still wearing them. She announced, quite curtly I might add, that she was on her way to the Longwood Service Station to have her car worked on. She'd be back after we'd left for the day, so she was saying goodbye and giving us a list of things she wanted us to accomplish while she was gone. I saw her turn around in the skirt and well, imagine my surprise at her having picked out a skirt that didn't quite make it all the way around. There was a huge gap and I could see that today she was wearing pink underwear. I said, "excuse me, Sara?" to which she turned around and with quite a rude tone to her voice, said, "what? I'm in a hurry!"
And that's when I did something shameful. I simply said, "well, I just wanted to um, to say goodbye."

"Oh, goodbye then", she said. And with that, she turned around, grabbed her purse, and headed out the door with the dogs at her heels. We giggled for the rest of that hour, imagining the service attendants at Longwood having an absolute field day with the open-gapped wrap-around skirt and pink bikini brief combo, complete with the halter top and no bra look. It must have been a banner day for them at the garage that afternoon. For me, I quickly faxed my old boss at the newspaper to tell him what had just happened. Fax machines had just come out back then and it was such a fun way to communicate. Besides, I knew he'd get a kick out of the story. He told everyone in the composing room and they, in turn, told everyone in the news room. It was really not nice of me.
Like I said, it was shameful of me. And if she had said "what?" nicely instead of that awful sneering way she said it, I would have told her something on the lines of I see London, I see France, I see Sara's . . . well, you get the picture. Really, I would have. You know, it's weird. I don't think she ever realized how she was dressed that day. And it's always been one of my favorite Sara stories to tell!

What I want to know is, did you ever hear what happened to hear after she left, or was it never spoken of?
I always like it when people are...oh, humbled, to put it kindly.

Too funny! Well, if she was going to be that rude when you were only going to tell her, well you know. Karma and all that...

Do love your Hall of Shame stories!

As for sharing the story, I would've done the same thing!!

I really had qualms about posting this because I am making fun of someone else. And even though my feelings for this person were split down the middle, I'm posting it more because I was ashamed of myself. You know, for being mean. And then talking about it.

Miriam, it was never mentioned by Sara. Apparently, she never noticed her skirt. But I'll tell you what, I never saw her wear it again.

I don't even think we had thongs back then, did we?

Kate, you sure can tell a story. Just like Dad. What a great story teller he used to be and Char Char also can tell a good one. But you suck us in and throw in things like, I see France....your killing me granny. I'm sitting here reading the story about the hag and then I'm crackin up.

Love it, and the pic of the fern. Cool man.

No we did not have thongs back then.

Oh my. Well, what goes around, comes around. Or in this case, I guess it didn't go all the WAY around...Anyway, great story, Kate.
xoxo,
Mary

Oh, goodness. :-) You must have really felt shameful, to remember it after all these years. Sometimes people walk right into their own Karma, don't they? If Sara had only been a bit more pleasant, it would have saved her some embarrassment. But it was her fault for wearing a wrap around skirt, right? Right? You can't blame yourself.

Hmm...it does always give me a chuckle when someone gets their come-upance. Kinda like karma...and reaping what you sow.

I do enjoy your stories!

I've been peaking around your blog here--enjoying it.

This story is so funny! Personally, I don't think you did anything particularly wrong. Sounds like Sara needed to be brought down a notch or two anyway. ;-)